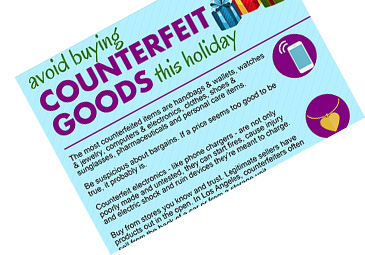 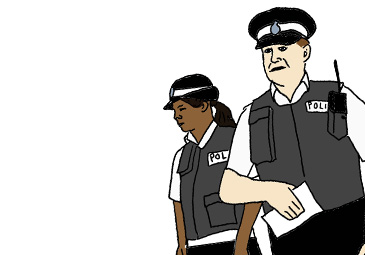 Increased security protocols on Santee Alley has helped lower the rate of counterfeit items being sold by nearly 10 percent in the past two years, DA's office. 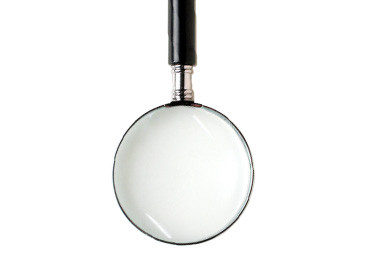 4,000 fake Hermes belts were seized by U.S. Customs officers at the Port of Los Angeles in July. Officials are still figuring out who was directly tied to the scandal. 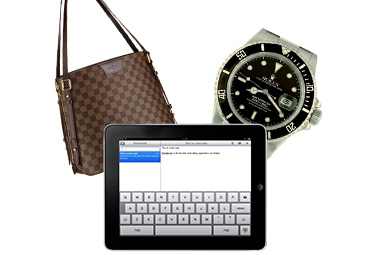 According to USA Today purses, watches and electronics are the top three most counterfeited products in the U.S. 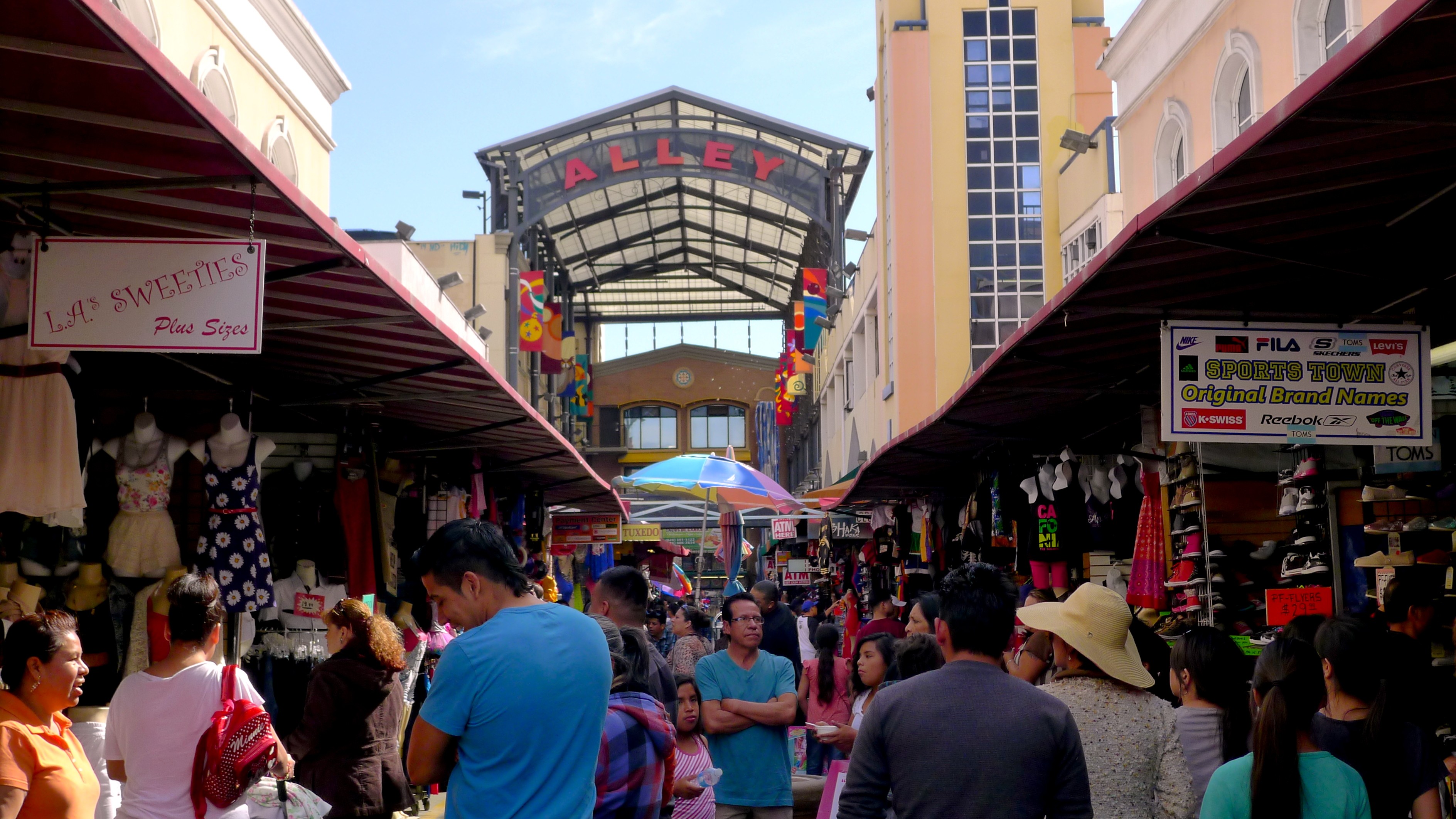 A Step Into The Counterfeit Industry In The Fashion District

Purses, watches, jewelry, makeup. These are just some of the many faux items that merchants sell in LA’s Fashion District in order to take part in the profitable counterfeit trade.

According to the Los Angeles Police Department Vice Division, the counterfeit industry is more lucrative than the drug trade. “It is no wonder why many merchants in the Fashion District participate in such illegal activity especially when their chances of getting caught are slim to none,” said Bonnie Von Clyde, representative of the Bureau of Investigation from the District Attorney’s Office. Due to the increasing sales of counterfeit products worldwide, Los Angeles stepped up its security in the Fashion District last year to try and prevent the sale of counterfeit products.

“We want to prevent these illegal sales so that we can protect the original companies and establish job security,” said Von Clyde.

“The illegal sale of counterfeit goods damages consumers, legitimate retailers, manufacturers and the financial health of our city,” District Attorney Mike Feuer said in an interview with LAWeekly.

New security protocols include frequent guard watches in Santee Alley and a heightened surveillance system throughout the district. The new security protocol system is projected to lower counterfeit sales by 5 percent over the next six months.

“Merchants will be less inclined to conduct illegal activity knowing there is heightened security in the area,” said Von Clyde.

Officials also heightened the protocols in an attempt to lower organized crime and illegal activity.

“Most of the time counterfeit revenue will be used to finance some other kind of illicit activity or behavior which is sometimes linked to terrorism or human trafficking,” said Customs and Border Protection (CBP) supervisor Bryan Nahodil.

The new protocols hope to lower counterfeit sales and therefore lower the amount of money being channeled to violent individuals or gangs.

In February 2007 the city launched the Los Angeles Anti-Piracy Task Force which is an initiative that helps reduce the amount of distributed pirated films and other counterfeit items being sold on the street. Over the past five years, officers were able to make over 700 arrests and seize nearly $305 million in counterfeit items combined.

Some of the most popular counterfeit items being sold in the fashion district are high end bags, watches and electronics. Recently though, household products, medications and perfumes have been lucrative as well.

“It makes sense since these items are a little less conspicuous and easy to carry in and out of your store,” says Mitra Azizzideh, a store manager of a retail clothing store on Santee Alley.

Recently, counterfeit jeans have been a popular item in the market as well. In September 2013 Ahmad Salim, store owner of El Socalo, was ordered to pay a $388,000 fine after he was caught selling counterfeit True Religion jeans. Salim was caught during an investigative operation where FBI and LAPD officers went undercover and bought the jeans from him.

Either manufacturers or small companies in China, Japan or South Korea often times make the counterfeit products overseas and then ship them to the U.S. Once shipped, these products usually land right in the Port of Los Angeles in Long Beach where they blend in with the sea of other packages and shipments that arrive each day. Roughly 40 percent of all U.S. maritime cargo is shipped directly to this port. With one package arriving approximately every six seconds, the process makes it very difficult for Customs and Border Protection officials to find counterfeit items. “Even with years of experience, we only find a small percentage of illegal products and counterfeits that are shipped into the country,” said Chris Soderbergh, a director of field operations for the L.A. Division of U.S. Customs. 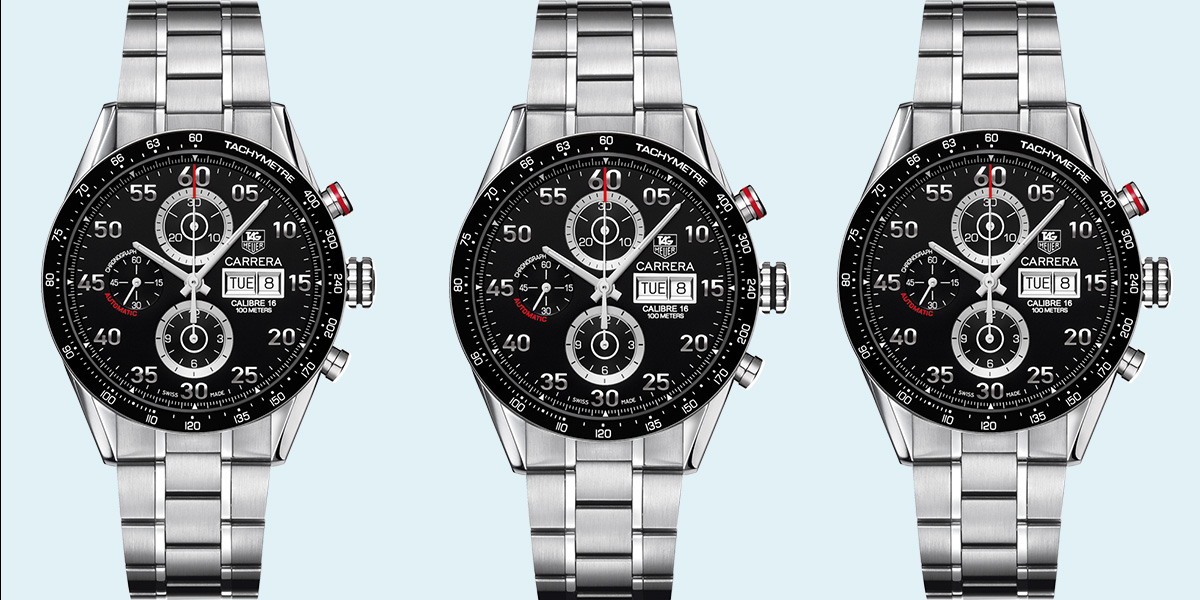 The Top Four Designer Brands That Are Remade As Counterfeits

Rudy Kurniawan was living the high life selling expensive faux vintage wines until the FBI caught up to his business.

In 2013 police officers swarmed a house in downtown Los Angeles to find $14 million worth of counterfeit goods. Investigators say counterfeit sales in the past have been linked to some recent terrorist attacks.

President of the International AntiCounterfeiting Coalition, Robert Barchiesi, teaches buyers how to distinguish counterfeit products from authentic ones.