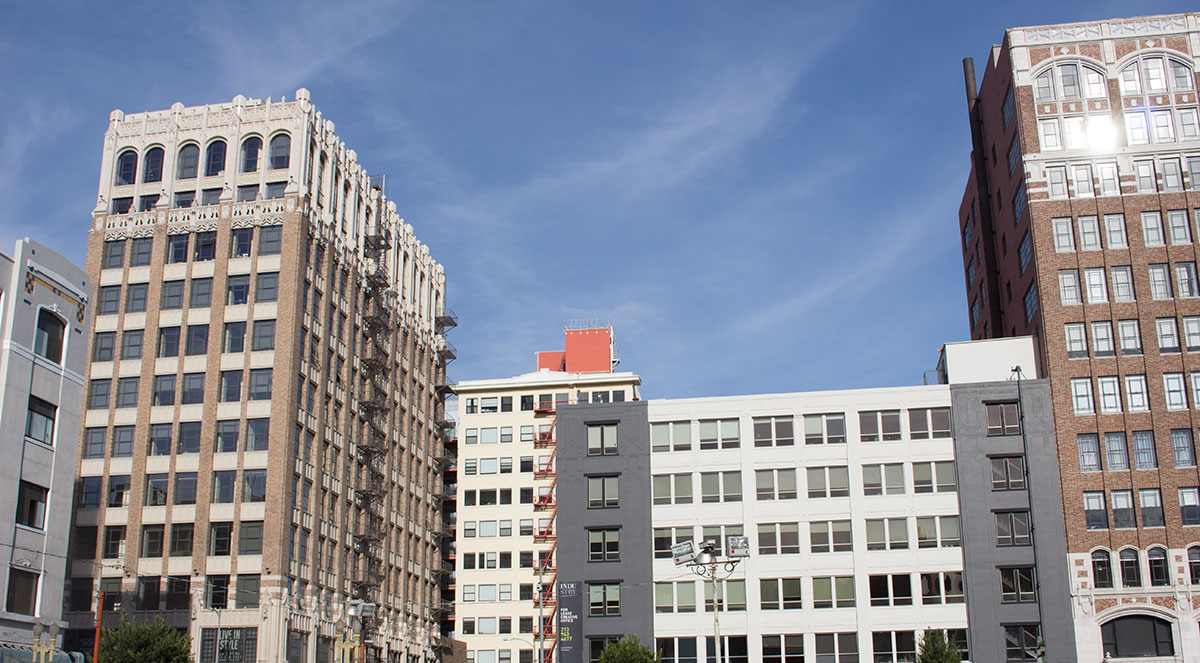 Two years ago, Chris Loos and his wife moved into the fashion district area of downtown Los Angeles. After spending a few years renting an apartment in another part of downtown, they knew they wanted to buy a home in this part of the city. The industrial look of the buildings in the fashion district caught their eye and they settled in the recently repurposed, Santee Court/Village complex.

"We kind of took a gamble moving down here," said Loos. "It seemed like kind of a risk, maybe [new] things would develop around it, maybe not."

The streets around the Santee complex are full of men’s clothing stores, perfume outlets and fabric shops. Two years ago only a few hundred people lived in the area, but hoping they were making a smart investment, Loos and his wife purchased their condo.

In the years since, the fashion district has undergone a development boom with new residential properties, restaurants, and retail spaces now scattered among the wholesale stores the district is known for.

Established in the early 1900s, the Los Angeles fashion district, previously referred to as the garment district, was the hub of clothing manufacturing in Los Angeles through most of the 20th century. The area began to change as large factories closed and moved their production overseas. Clothes are still made in the area in places like the American Apparel factory, but the fashion district of today is best known for its wholesale, retail, and the open-air market, Santee Alley.

The fashion district is now going through another change with even more development to come. Because of zoning restrictions in the neighborhood, the new residential spaces being built will need to be adapted as mixed-use properties with spaces for lease on the ground floor.

"That’s what really makes the district so exciting. You see these buildings come alive again, completely repurposed for things the original builders never would have even imagined they be used for," said Kent Smith. Smith has been the executive director of the Fashion District Business Improvement District for 15 years.

During his time working in the district, Smith has seen the area grow from very few residents to a neighborhood with over 2,000 residential units and 1,500 more in production.

"What were are seeing is when residents come in, there are a lot of changes that happen" said Smith.

With the increase in people living in the district, Smith has seen coffee shops, restaurants and retail spaces move into the area to support them. The other significant change Smith has witnessed is on what he calls the "political level."

The fashion district is not alone in its expansion. Other parts of downtown Los Angeles are undergoing a revitalization spearheaded by Los Angeles City Councilman Jose Huizar. His initiatives include investing in economic development, safer streets and more livable communities and Huziar’s commitment to revitalizing downtown has inspired additional growth in the fashion district.

"People are investing in downtown Los Angeles," said Susan Hillyer, manager of The Wall Farmers Market that opened in the district in July 2014.

She changed her mind after analyzing the recent and future developments in the area, talking to real estate developers and seeing Huizar’s commitment to improvements in downtown Los Angeles.

The recently opened properties and those under construction contrast with the current character of the neighborhood. The Garment Lofts, for example, opened last spring in what was formerly the Garment Capitol Building. After $20 million in renovations, rent for these apartments starts at $1,850 a month and goes up to $5,000 for the penthouse lofts. 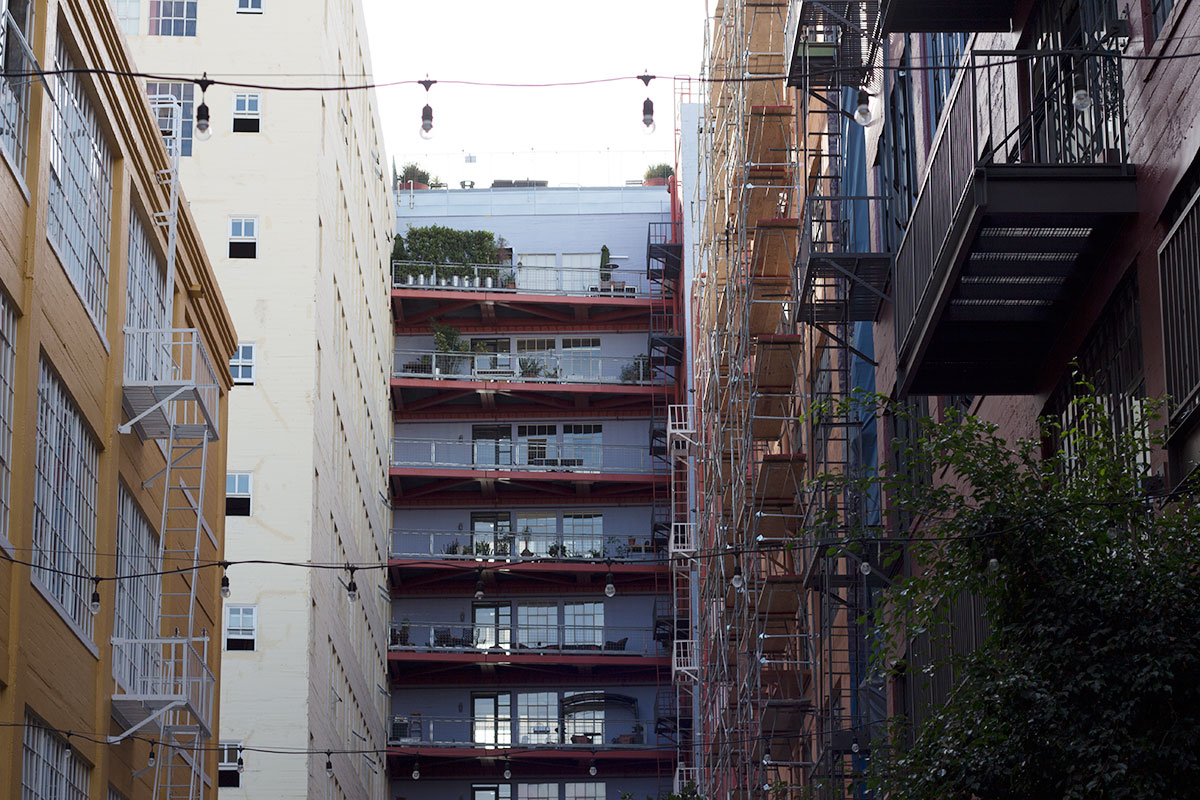 One project under construction, City Market South, sits in the heart of the wholesale and retail spaces on San Julian Street between 9th and 12th streets. The 10-acre finished product will include upscale bars and restaurants.

"This is not an area, if you’d been asking me even two years ago, I would have said is going to become one of the new food enclaves of the city," said Kent Smith.

As these projects are completed, the neighborhood around them will have to adjust to accommodate the changes they bring. So far, the development in the area has had an effect on the price of rent. Shop owners say it is more expensive to rent a space in the district than it has been in the past. For some, however, the benefits of the added residential properties and increase in residents outweigh this cost.

"The life here is different than it used to be," said Stella Babajoni of J&J Rugs on Santee Street. "More people live here and it makes the area safer."

Chris Loos, who has come to learn more about the neighborhood now that he is a resident, is happy that the investment he and his wife made two years ago is paying off, but he does hope the changes to the fashion district are not too drastic.

"I hope the gentrification of this area doesn’t kill [the character] completely," said Loos "It’d be great if the manufacturing and the [developments] could co-exist and find a balance."

Christian King, owner of Industry DTLA, talks about his mixed-used hair salon and clothing boutique. The development in the fashion district inspired King to open his shop three years ago. "I’ve been working downtown for about seven and half years so I’ve been seeing a lot of the growth in different parts of the area," said King. "I’ve always been involved in fashion, I figured this would be a good fit for me."