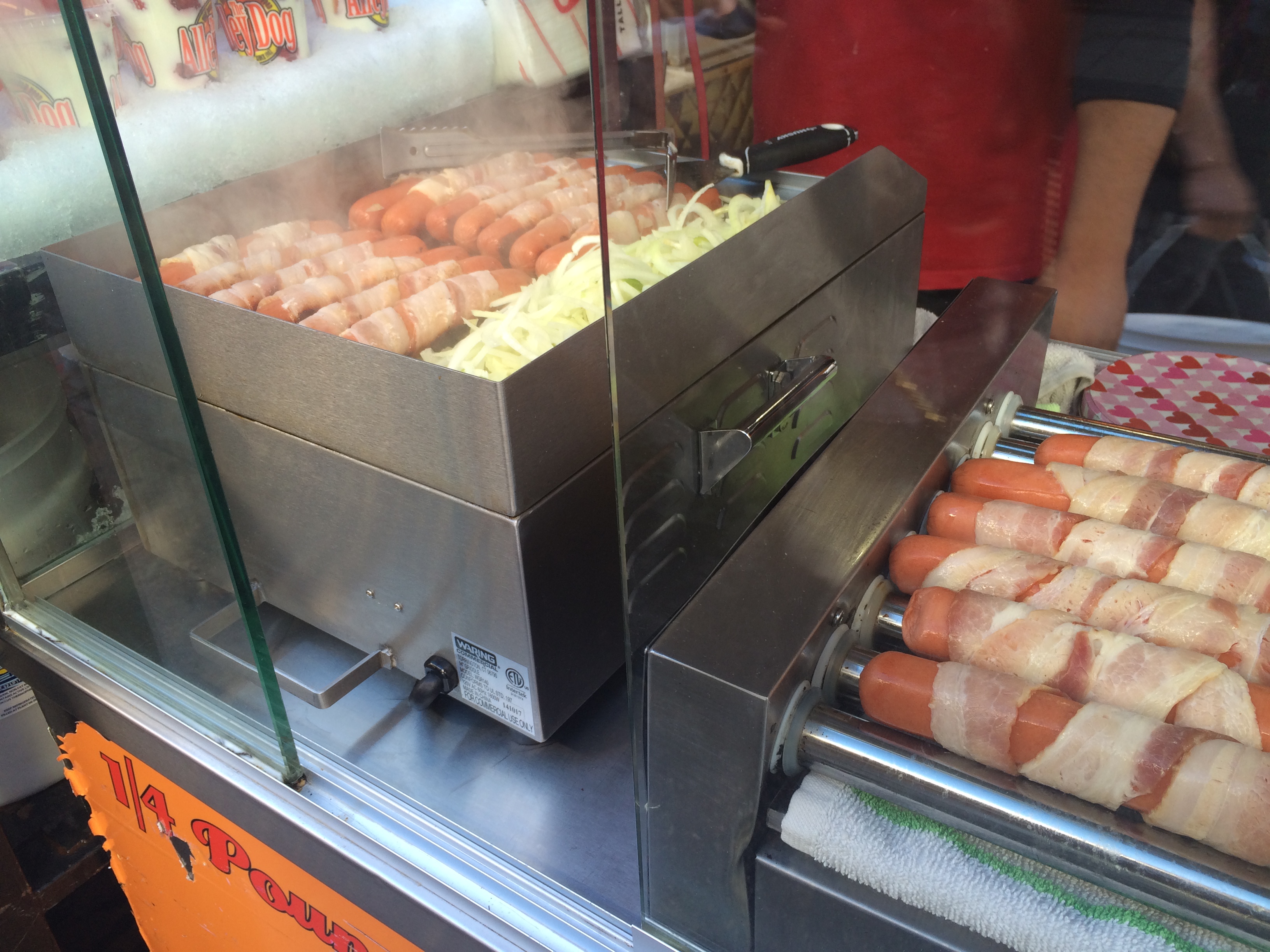 Victory dogs are a staple of street food, but they're often sold without permits 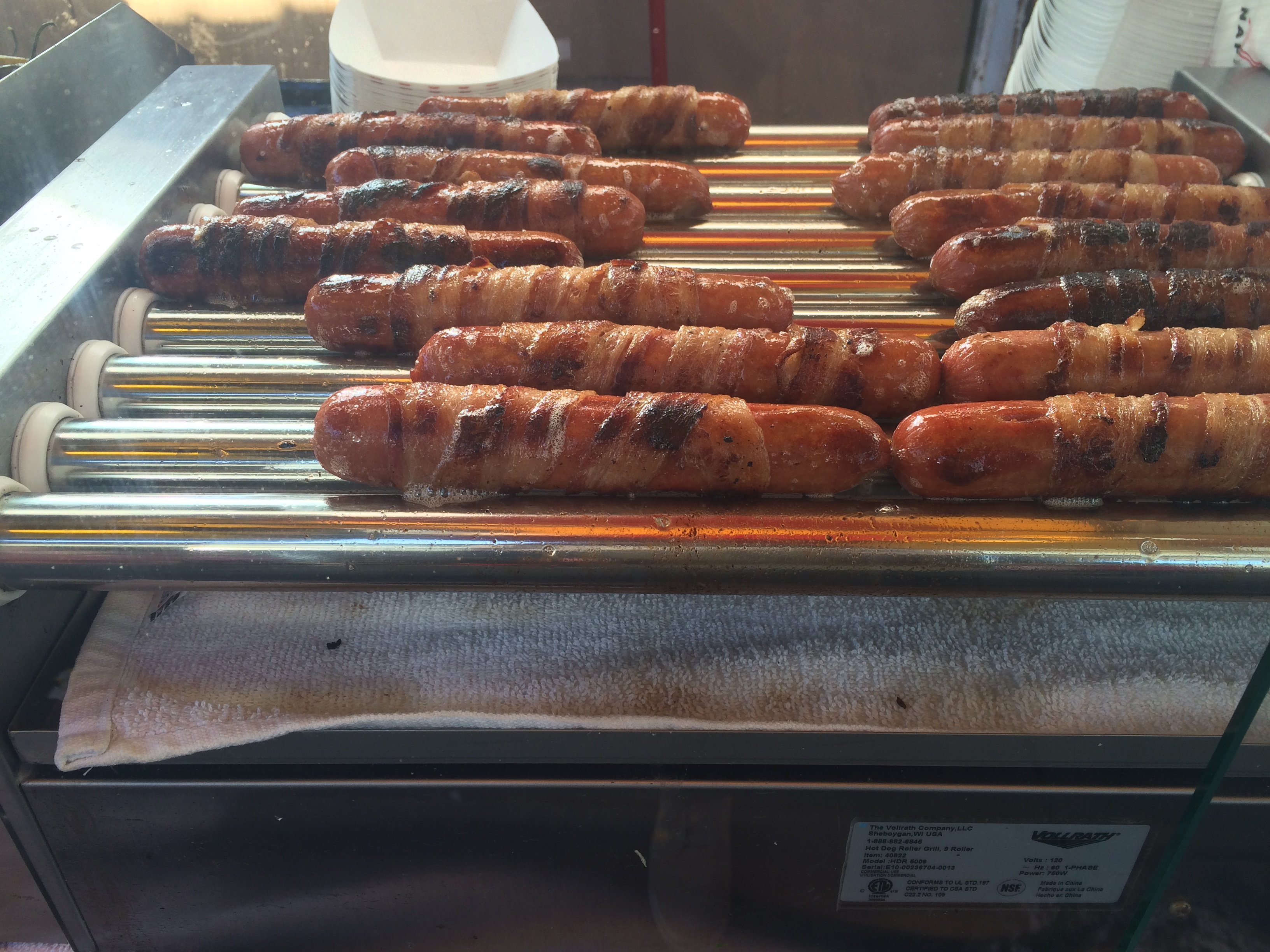 Like the hot dogs that create the enticing aroma at Santee Alley, the debate over street vending is one that is very heated. The new lawsuit only adds more fuel to the fire 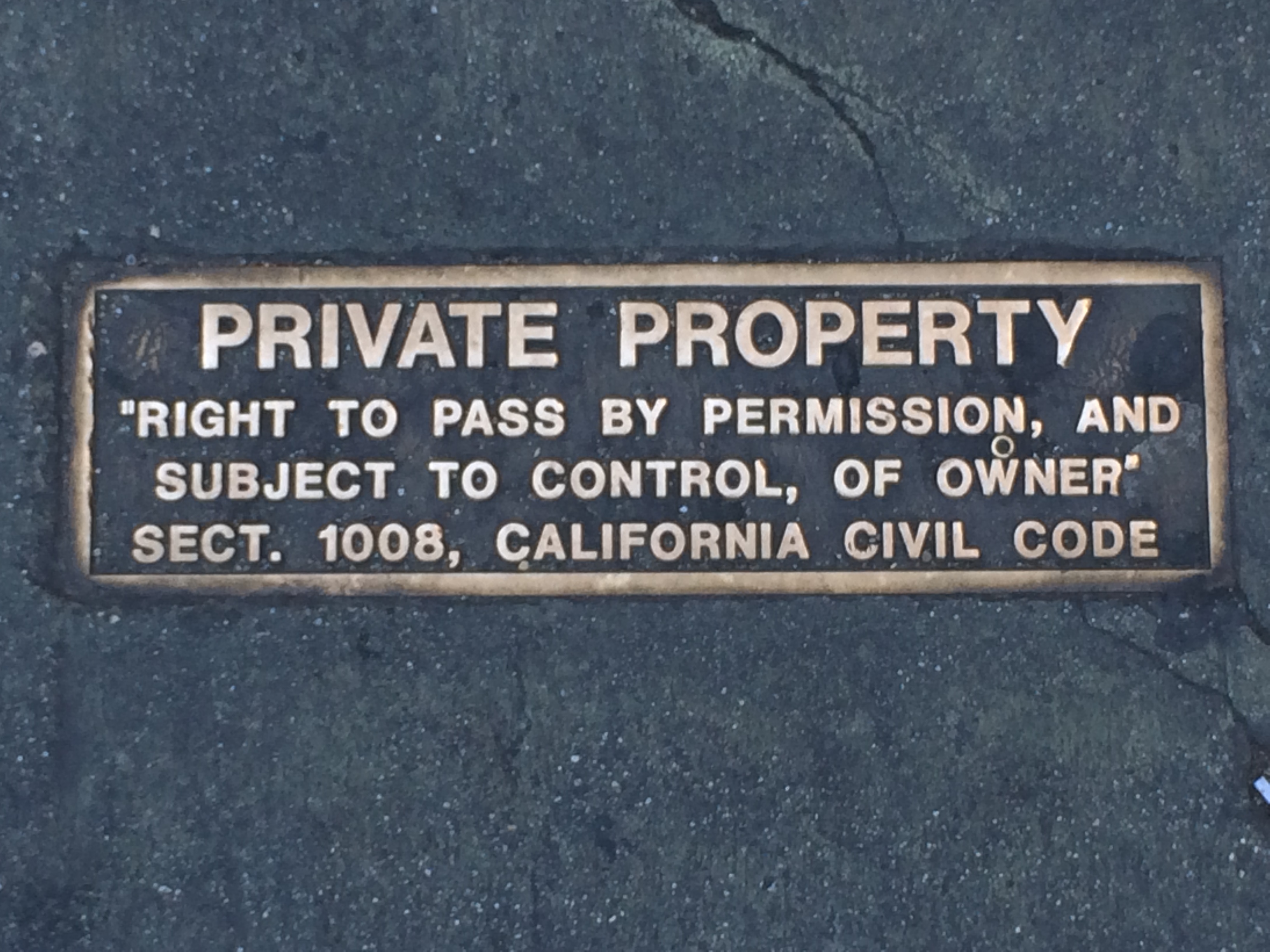 Business owners in Santee Alley are upset with the leniency given to illegal street vendors, saying that it is unfair that they don't need to pay taxes since they operate in the same space as those who do 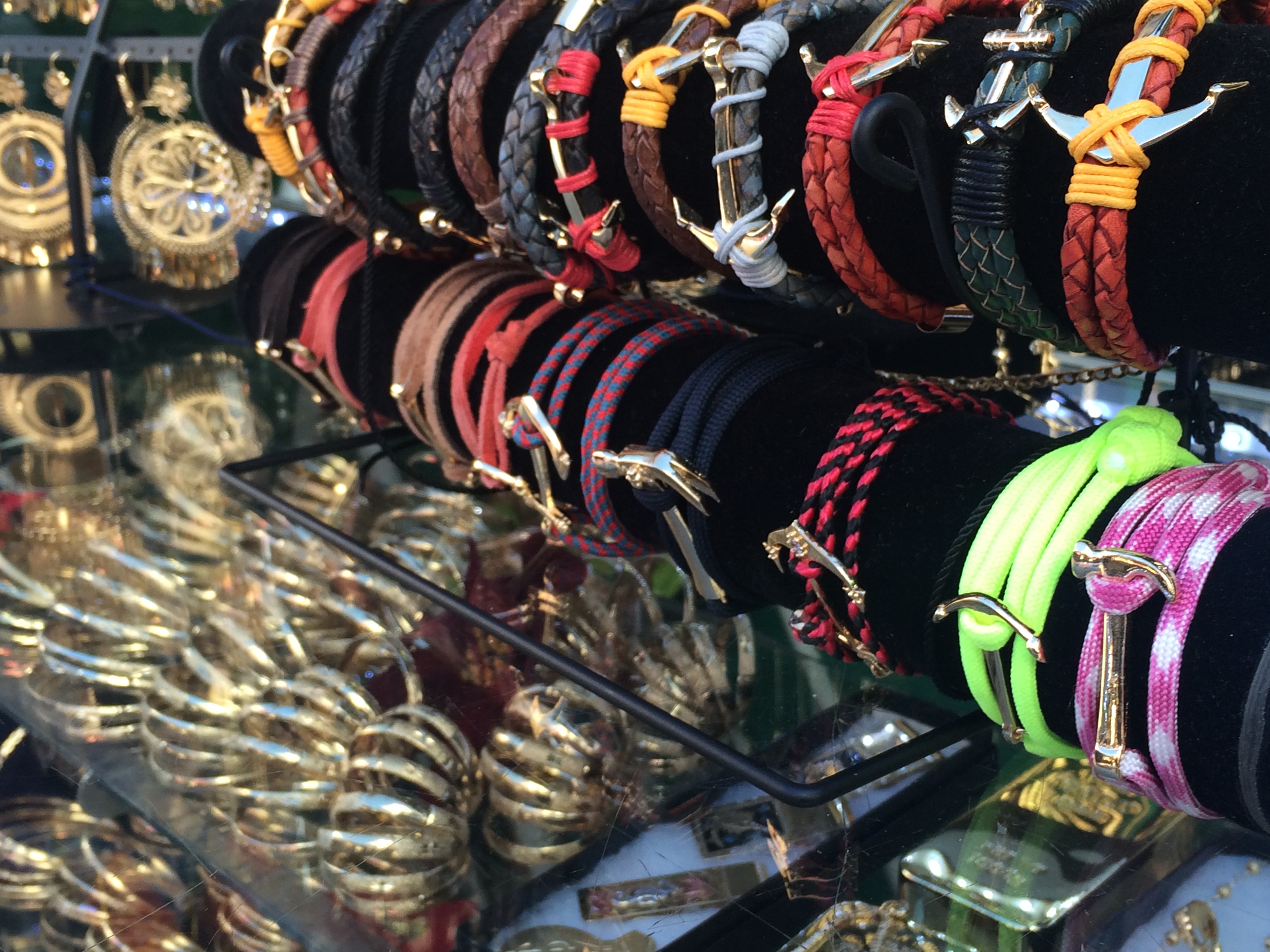 Street vendors and shop owners are usually selling different items, but those against street vending say it still creates an environment adverse to business. 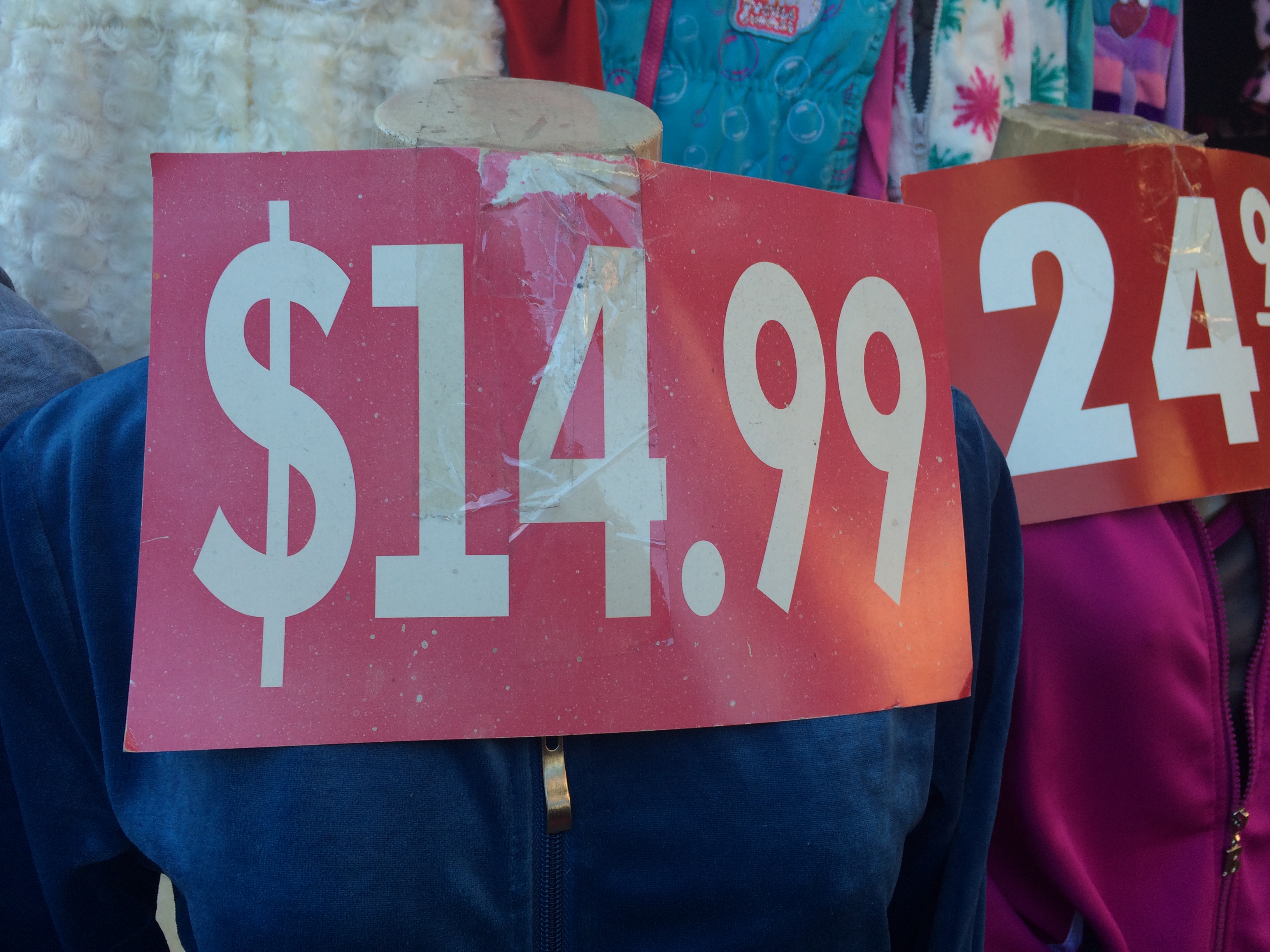 Many of the consumers that frequent Santee Alley just want to make sure that prices in the Fashion District stay low.

The holiday season brings thousands of customers to the shops that line the Fashion District’s Santee Alley, but with the Los Angeles Police Department cracking down on illegal street vending, some sellers are struggling to be merry.

More than 200 street vendors filed a civil right’s violation lawsuit in October against the LAPD and the Fashion District’s Business Improvement District for allegedly seizing and destroying property belonging to vendors. For owners of street food carts, like Cristela Jimenez, the idea of property seizure threatens her way of life.

“I know what is done around here because I have friends who have been threatened about their licenses and their location,” Jimenez said pointing to hot dogs on her grill. “I have my permit, but it’s hard, and when people get their stuff stolen, they lose money.”

From behind a sizzling grill, Jimenez noted that she has been vending on the street for years, and hasn’t had any confrontations with the law, but in her opinion, the law shouldn’t be involved at all.

“These are public sidewalks,” Jimenez said. “Why shouldn’t I be able to set up a cart here? I’m not in the way, I’m just making a living.”

For local shop owner Miguel Bayonne, the reason is clear.

“Look, why should someone be able to set up in the same areas we pay for to sell things,” said Bayonne. “And not pay anything on the money that is made?”

Bayonne believes that the lack of taxes paid by vendors operating without permits is hurting his business, even if it isn’t directly affecting it.

We’re not selling the same things a lot,” Bayonne continued. “You don’t see my stuff being sold on a cart, but if people think they can come here and not pay for space, eventually we’re going to see losses.”

That’s the same argument being made by City Councilmember Curren Price, who chairs the Economic Development Committee. Price’s solution, however, is to even the playing field instead of cracking down on the vendors themselves.

“The local economy is incredibly important,” said Price. “We need to find a way to utilize the tools to formalize the entrepreneurship of these vendors.”

Price authored and introduced a motion presented to the Economic Development Committee that would make street vending legal across the city of Los Angeles. Councilmember Jose Huizar, who represents the Fashion District in City Hall, also helped Price draft the legislation.

Price argues that legalizing and regulating the street vending industry is a better way to address the problem compared using police resources to patrol areas that typically have the higher concentration of street vendors. With the policies in place now though, the LAPD have their hands full doling out citations. In 2014, 900 illegal vending citations were issued, each with a penalty of up to $1000.

Kent Smith is the executive director of the Fashion Districts business improvement district. For him, the debate over the legalization of street vending is one that has now been handcuffed by the pending lawsuit filed by the street vendors.

“It’s hard not to find this a little intimidating,” Smith said in an interview with KABC. “They’re kind of acting as judge and jury instead of meeting with us openly.”

According to the Fashion District BID’s mission statement, they are, “Dedicated to helping the community be a clean, safe, and friendly place to work, shop, live, and do business.”

The plaintiffs in the lawsuit argue that the environment of fear they say the LAPD is cultivating in the Fashion District does not create a friendly place to operate a small business.

“We’re terrified when we see the police coming, or when security guards come to confiscate our property,” said Aureliano Santiago, one of the plaintiffs in the lawsuit, during a press conference.

Whether or not street vending becomes legal is a different issue than the lawsuit itself, but both separately impact the local community in the Fashion District who choose to work or shop at the area’s establishment. Some local residents feel as though the tension between the District itself and the people that make it a vibrant community could ultimately hurt the area in the long run.

“It’s never good to have this type of back and forth between the city and the people,” said Sam Price, a nearby resident.“If people don’t feel comfortable working in this area because of police presences or something else, you’re going to lose some of the culture here. It’s really simple as that.”

Simple or not, the tension between shop owners like Cristela Jimenez and Miguel Bayonne and the city itself has created a hostile environment in the Fashion District for the people who call the district their home.

“We just want to come to the most sensible solution to solve this issue,” said City Council Member Curren Price.

That solution will now need to be figured out in court.

A look inside the Fashion District's vibrant business community