Deacons and deaconesses sing at the beginning of worship service at St. John Missionary Baptist Church on Sunday, November 13, 2016. 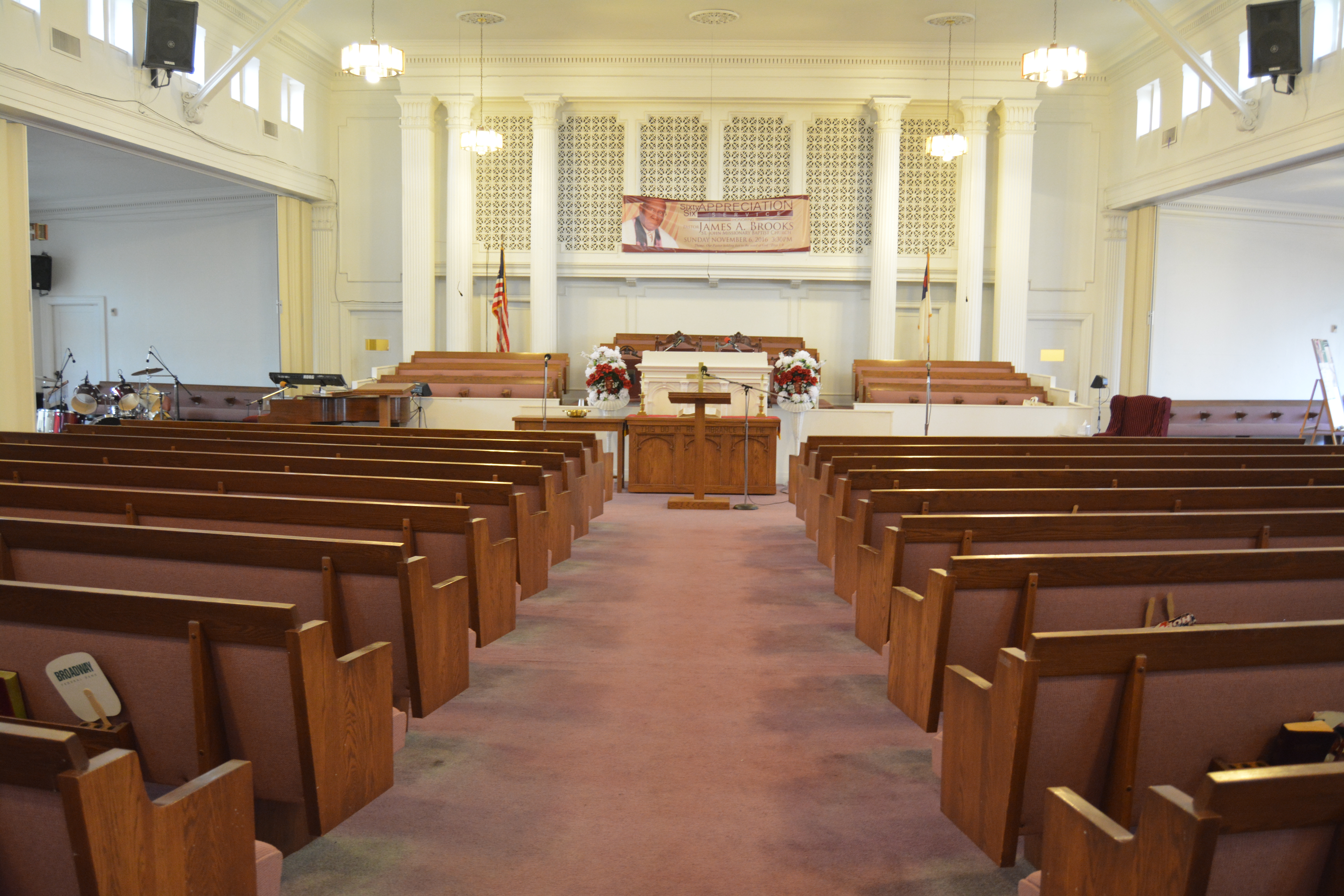 One of the most common ways for people to practice religion in church is by singing and listening to music. For members of the St. John Missionary Baptist Church in South Los Angeles, the sound of music is more than just a worshipping tool; it’s a way of life.

From the beginning of Sunday worship service, music plays a dominant role in how church leaders attempt to relay messages about God to their congregation members. Virginia Stephens, who has been a member of the church for more than 50 years, said she enjoys how the church begins its weekly worship services with music.

“It gets you in the mode to worship God,” Stephens said. “You come in after your week and you’re coming into worship service, and then when they have songs that reflect looking to God (and) praising him for who he is, it just puts you in a mode of worshipping.”

One major way the church incorporates music during worship services is choir performances. Longtime church member Rietta Johnson, who also helps coordinate Christmas fellowship, said the church has changed by virtue of the choirs. There used to be many choirs in the church, but they’ve been combined to where now there are about four choirs.

“I just like the fact that our choirs over the years have been diverse,” Johnson said. “With the different people that’s been in them, the different styles in which certain members when they lead a song how they sing, I just like the whole diversity of it. I don’t think I’ve actually been to another church where I can actually say that I just really, really, truly enjoyed their music.”

The church’s strong focus on music allows the chance for people to hear songs that sound like their favorite types of music and have messages that matter most to them. Yvette Jackson, a self-described connoisseur of music and president of the missionary society at the church, said the music she prefers is gospel.

“I like the upbeat gospel musics (sic) because it gives you a spiritual boost,” Jackson said. “I also like the slower spirituals that kind of give you the emotional feeling that goes along with the gospel music.”

Stephens said that while she likes a variety of church music, her main interest is in praise and worship songs. She felt her religious experience becomes enhanced when she sings songs with other choir members.

“I feel you’re lifting up God in song that mentions his character, who he is (and) what he’s done for you in your life,” Stephens said. “The praise songs, especially the songs that our musical director brings to us, it's always songs that … lifts up Jesus’ name, it lifts up God and it just helps you to get into an attitude of worship.”

Arthur Burks, an associate minister at the church, said he takes a liking toward old hymnal music, specifically ‘Amazing Grace.’ Burks mentioned these songs have stood the test of time.

“The old hymns have like very, very deep meaning,” Burks said. “It tends to rebuild the soul of the believers.”

Burks believed that there are many contemporary songs today that do much better at reaching younger people than the hymns, and there is a major difference between the two eras that could explain why.

“A lot of the music that you hear today tend to be more on the surface,” Burks said. “They tend to reach you more on a emotional level than the deep, spiritual level that the old hymns do.”

With a wide variety of musical tastes, members of the church are inspired by certain songs for different reasons. Jimmie Hunter, the director of Sunday school at the church, said worship and praising Jesus are the roles of music in the church.

“'Blessed Assurance' is one of my favorite hymns,” Hunter said. “Jesus is mine and I love to praise him all the day long, and I try to make it a part of my life to praise him all the day long. Having said that, now I realize the cares of the world take up some of the time, but I still have my mind on Jesus (so) that he might direct my life through the course of the day.”

For Jackson, her favorite church musical piece focuses on a different aspect of the Christian belief.

“My favorite song is 'Goin’ Up Yonder,'” Jackson said. “It talks about going home, which is our ultimate goal, if you will, to go and be with the Lord.”

Church members not only use the inspirations gained and messages learned through music during worship service for themselves, but they use the music to help spread God’s Word into the lives of others outside the church.

“On our youth day, we had a outside revival for the area,” Jackson said. “It was really good because a lot of people came by and they could hear the music … so just sharing that with the community is great.”

Using music as an avenue to bring the community together is one thing, but Burks sees music as something more: an excellent recruiting tool to bring new members into the congregation.

“Whenever there is a event … I try to invite first the non-believing friends that I have,” Burks said. “I feel like they would be more willing to listen to music than they will be to sit and hear preaching … I think that music reaches people faster than just preaching.”

Regardless of how music is used or what attracts people to it, members of St. John Missionary Baptist Church seem to agree that music is one of the strong points of the church and a key aspect of their religion. Music fills the sanctuary every Sunday with a purpose to strengthen people’s religious ties to God and its impact is unprecedented. Just ask Johnson.

“I feel that a world without music is not really a world at all.”