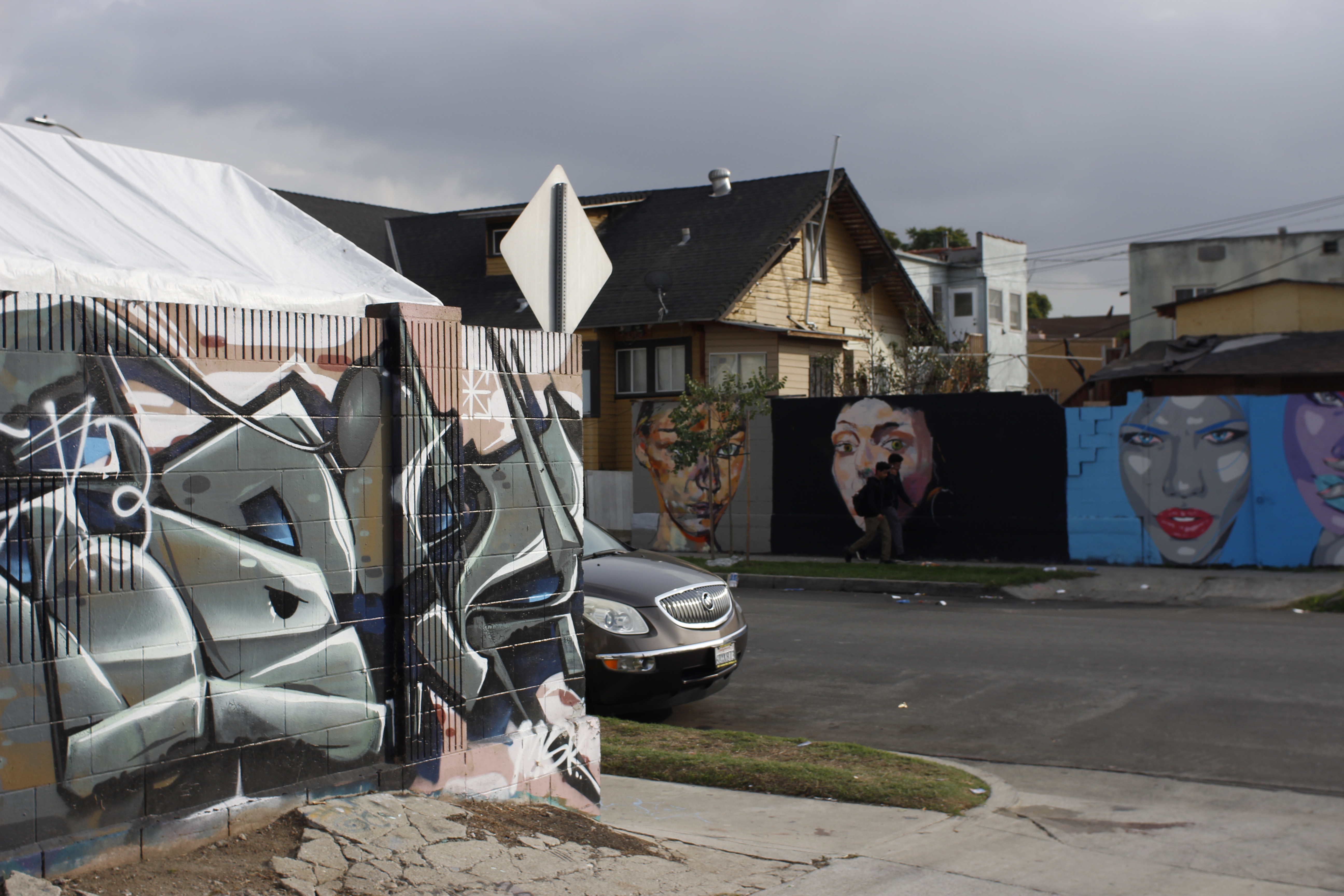 It is not every day that a resident of South Central gets to interact with a professional artist in the midst of his craft, but for the people living on 38th Street and Harvard Avenue, it is.

Samir Arghandwall, or Evol, has been coming to paint the same set of walls in this quaint neighborhood for a little more than a decade, and although his career now calls for more intensive projects, going back to the same old place and taking a can to the canvas can feel just as rewarding.

The pride does not necessarily come from the finished product, but from the involvement the neighborhood had in that piece. Every day that Arghandwall is painting, at least one resident stops by, admires the series of beautiful faces, and chats with the artist about their life since last meeting.

Franc Hendricks, a local resident and fan of Arghandwall thinks “It feels pretty good to see [people] stop in a car and take a picture.” Hendricks believes the faces bring people happiness and prefers seeing them everyday to the gang signs that used to occupy the walls.

“It’s good for the community. That’s for sure.” Hendricks is by far the most committed to seeing Arghandwall when he comes around, admitting as he chuckles that he has a crush on one of the faces. “Yeah I don’t know, it’s something about her eyes and the way she looks at me.”

Arghandwall’s connection to the people on 38th Street is not always as personal as his relationship with Hendricks. The artist describes his usual encounters as more of a very close-knit audience.

“One kid would see me, then gather up a couple more and then they’d all come out on their skateboards and stuff.” He laughs as he describes a little crowd of four or five children huddled around his milk tray of spray cans.

“They ask me if I need anything, if they can help clean up cans, you know. So sometimes I’d be like ‘here, go get me some Gatorade or chips.' They were just always thrilled to see me painting something.”

The whole community perceives Arghandwall in a positive light. Robin and Anastasia Johnson, who feel lucky to have four faces painted by the artist on their garage, have only received one complaint.

“We moved here about 12, 13 months ago and very early on, we got a complaint from the city inspector. He came and said someone didn’t like them and told us to remove it within seven days.” Said Anastasia.

They battled to keep the paintings up by contacting their landlord, who lived in the house at the time when Arghandwall painted them. After jumping through hoops to deem the faces on their garage historic murals, the Johnsons won. The family feels like the paintings do more good than bad to their street.

Robin exclaimed, “He’s just a positive guy! His paintings give of positive vibes and they bring color to the neighborhood.” 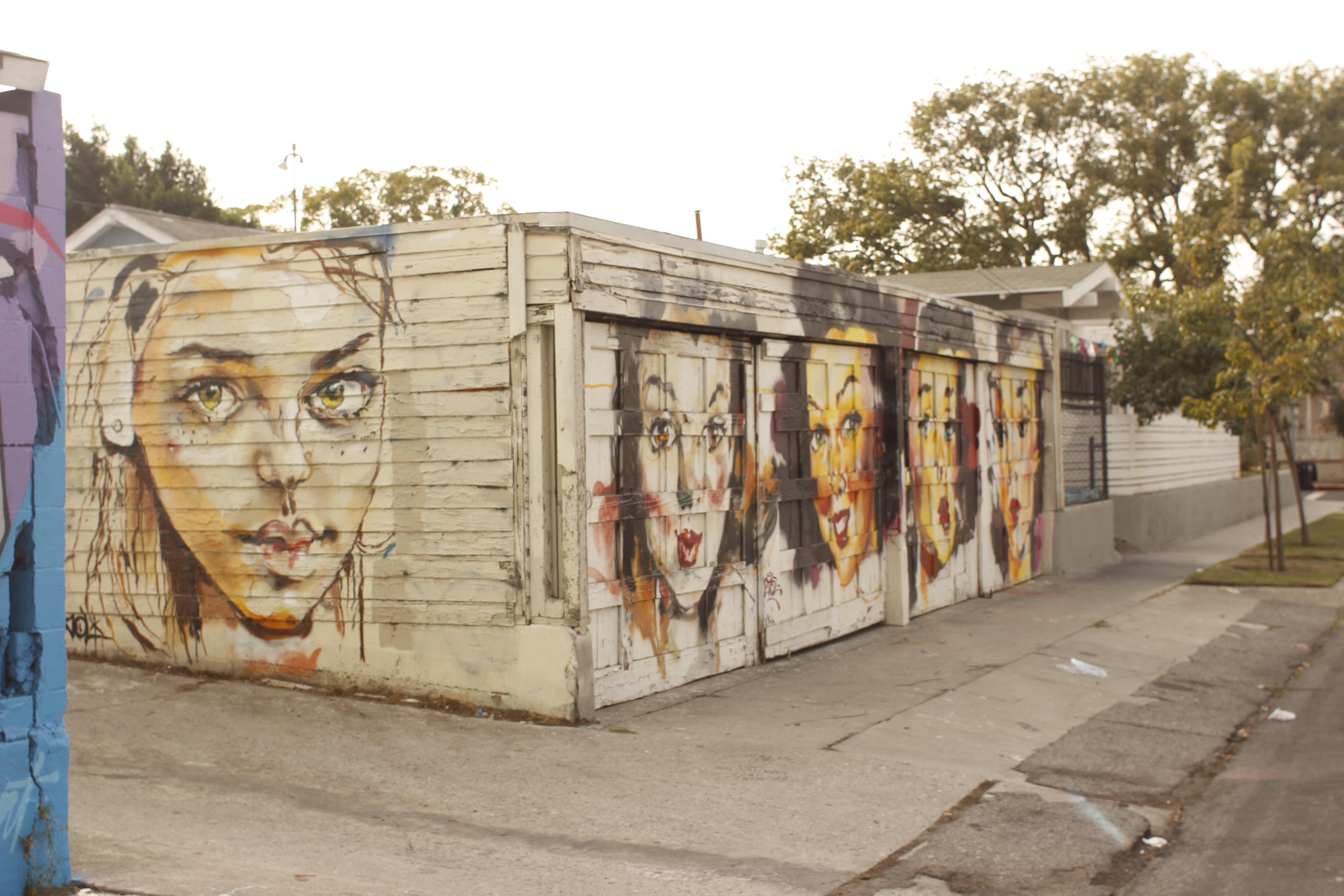 The garage of the Johnson's house, decorated in Arghandwall's trademark faces.

The couple also reveres the apparent respect Arghandwall has in the graffiti world. They noticed that every one of his murals stays clear of other taggers, who make sure to paint on smaller walls in more hidden areas.

The artist recently visited the neighborhood over the summer, but not to paint his usual walls. Arghandwall was asked to paint a wall in the backyard of another couple’s home. Adam and Jack Pardy contacted him after they remodeled their home. Adam mocks that he “realized the backyard looked too much like a hotel,” so he wanted to get someone to paint it.

Arghandwall frequently takes up commissioned work, and as his professional career continues, the time he has to paint for fun diminishes. In September, the artist traveled to Northern California in Humboldt County to paint a massive mural for a medical marijuana dispensary. Upon returning, he had to meet for three more murals that will hopefully be completed before 2017.

But with all of the work he has planned, he still makes time for his own projects. He is collaborating with fellow artist “Resq” in an upcoming art show titled “Spirit Shield.” The show will take place in Brooklyn, New York sometime in 2017.

No matter where art takes Samir Arghandwall, he always remembers the joy that graffiti brings him. Driving back to a familiar wall and familiar faces allows Arghandwall to still have fun in the midst of his busy career.

“The mural stuff, it’s something where… all those years you put in to this craft, you don’t want to just let it go. Then all those years go to waste.” Arghandwall explains. He knows that this form of art is not the most profitable, but having a kind community rooting for him as he performs his hobby is something of its own reward. 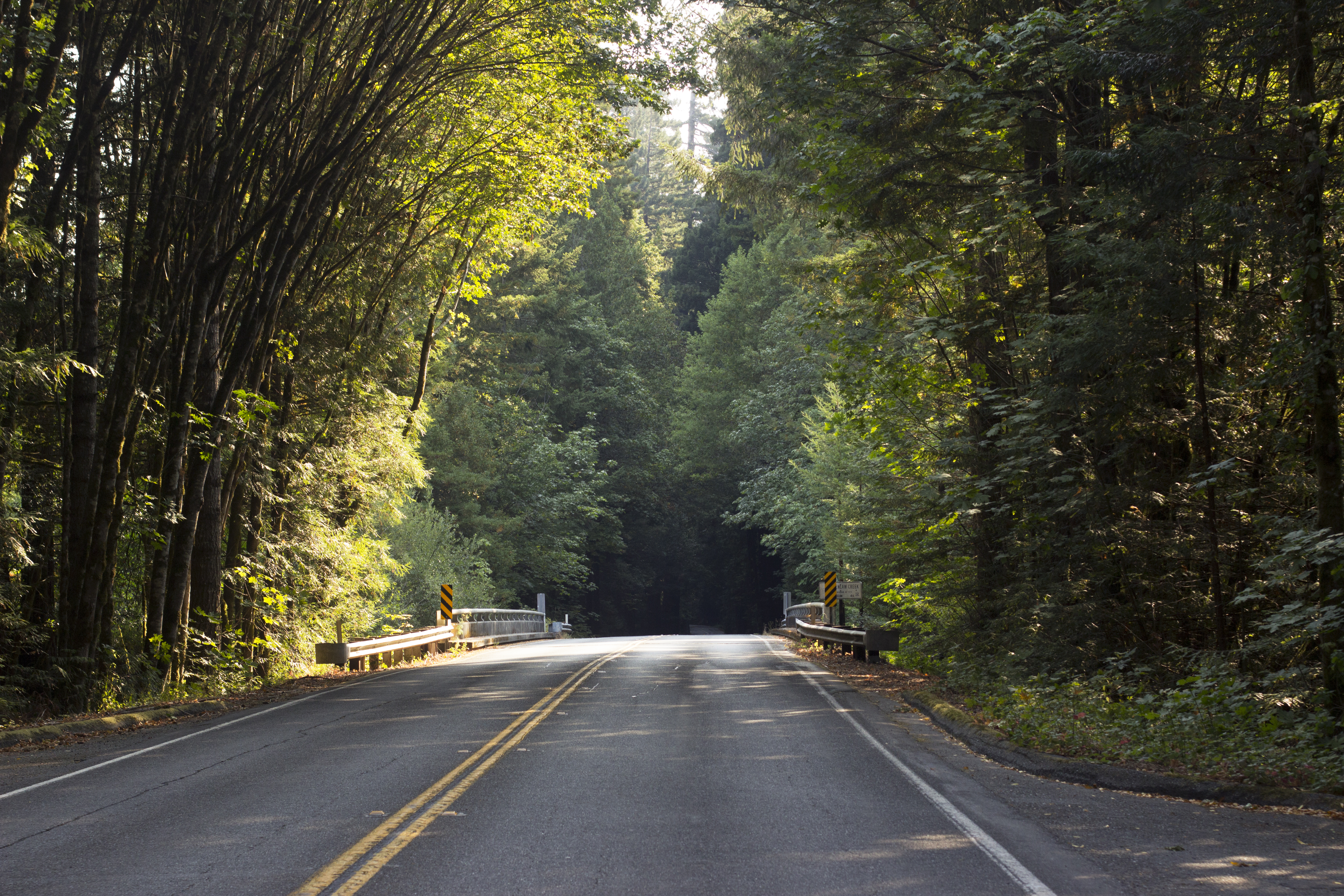 I hung my camera outside the window of my father's car to get this shot. It was early in the morning and neither of us wanted to stop until we got to the hiking trail where we'd spend our day. 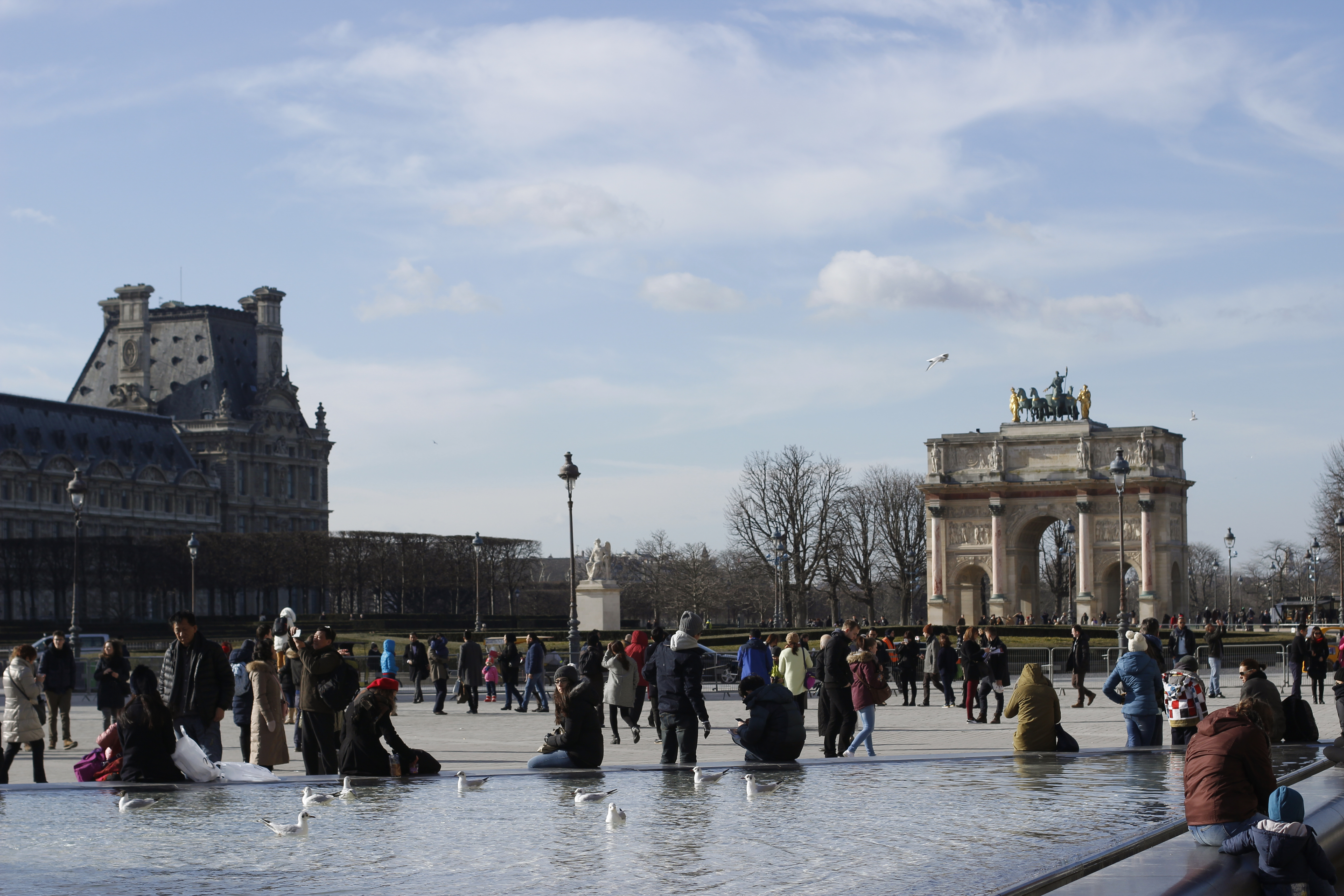 I spent my freshman year of college in Paris and took every opportunity to photograph the most beautiful city in the world. Although I tried to avoid tourist-heavy locations, the Louvre was sometimes too majestic to pass up.