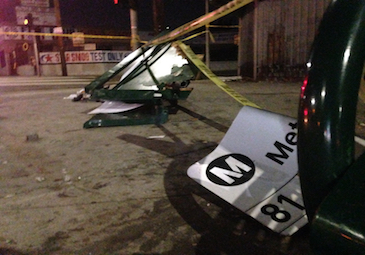 One person was killed and two others were taken to local hospitals. 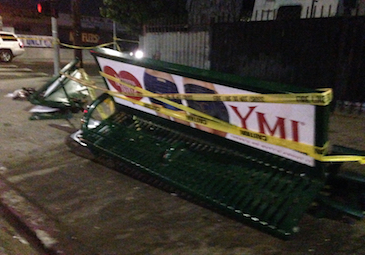 Yellow crime scene tape was placed on the bench following the incident. 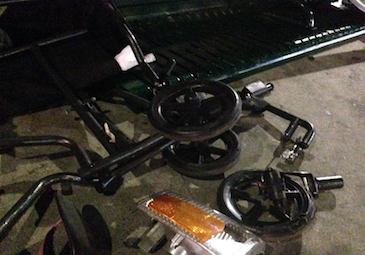 The woman survived and was taken to a local hospital in stable condition. 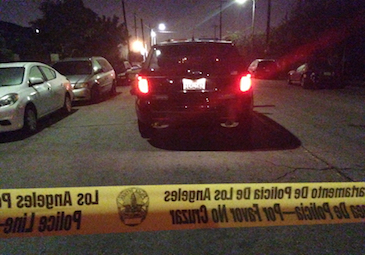 One person died but three others survived and were taken to nearby hospitals. 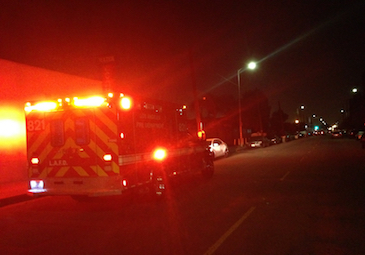 Among the injured was an eight-year-old boy. 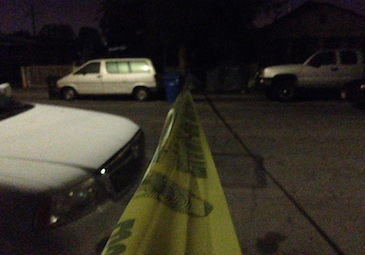 The deceased was a 51-year-old man. It is believed he took his own life. 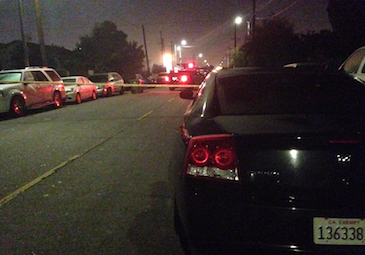 Detectives said a father shot and injured his family before killing himself. 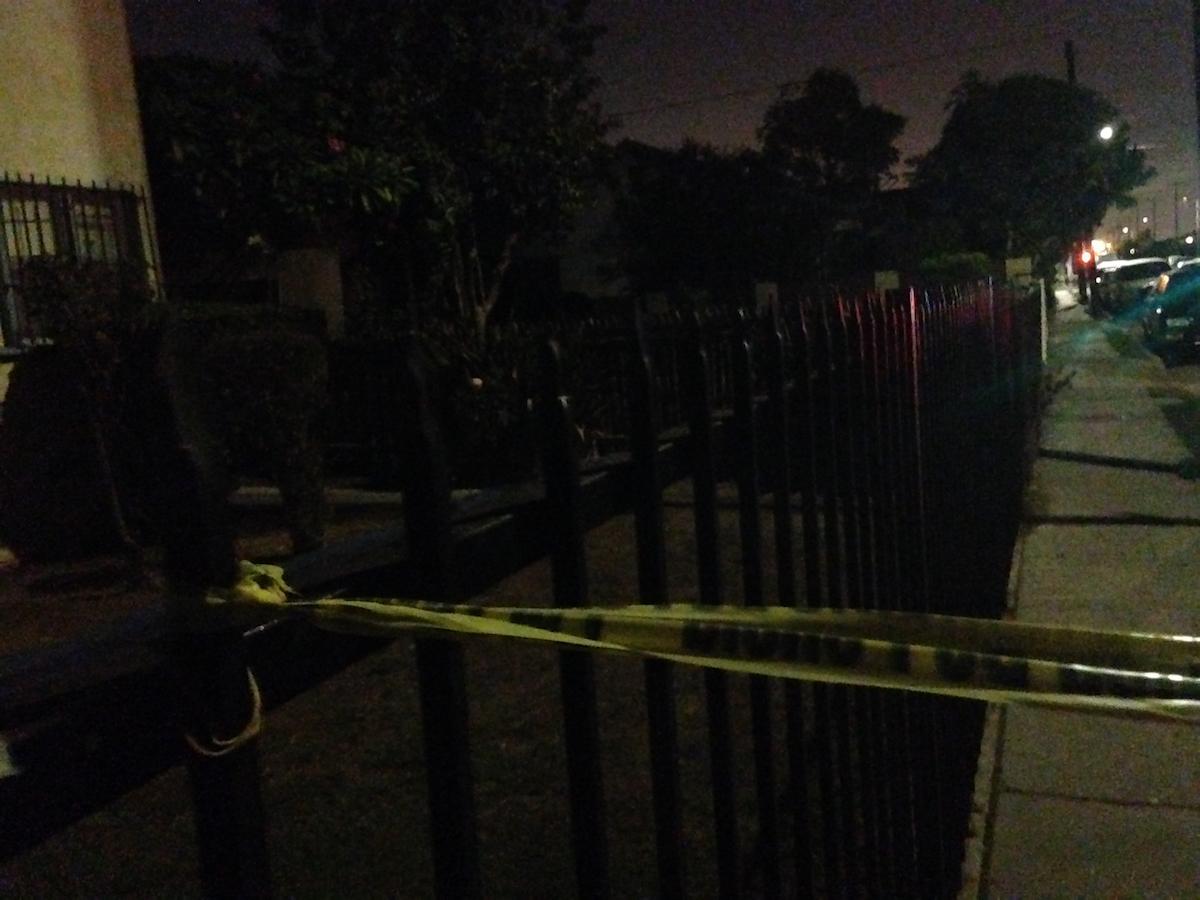 Vermont Square seems to be a neighborhood in which there is a high concentration of crime. In fact, nine people have been murdered in Vermont Square in the last year alone.

The night before Thanksgiving, a murder suicide took place on 51st St. and Figueroa St., which, coincidentally, is located just blocks away from where a hit-and-run transpired two months ago. Police say a father, likely high on drugs and drunk at the same time, was upset about an undisclosed issue, and shot his family before killing himself.

The family members – an eight year-old boy, a 16-year-old girl and 29-year-old women – were all taken to the hospital in stable condition. Since the night of the incident, police would only confirm that the family members “are recovering at this time and are out of the hospital.” Their identities and whereabouts remain unknown, however.

In what appears to be an extreme case of domestic violence, a father shot and injured three of his relatives, including his eight-year-old son. The man later pulled the trigger on himself, in what police are calling a murder-suicide.

“We don’t condone violence,” said Michael Ramkunas, a patrol captain with LAPD’s Newton Division. “We expect when people have family problems and things like that, to go to the local police department,” he added.

“There’s a lot resources out there in the city, services to provide people,” Ramkunas said, alluding to programs like DART – LA’s “Domestic Abuse Response team.” The program is designed to “foster and promote coordinated responses to address needs for crisis intervention,” according to the program’s website. DART also offers counselors, guidance and assistance to domestic violence victims’ and their relatives.

“Unfortunately, [families] don’t get those services quick enough, and we have tragic incidents that occur,” the six-foot tall, 46-year-old Ramkunas said, speaking about the lack of awareness for programs like DART among members in various South LA communities, including Vermont Square.

Another crime in the past three months that seemed to widely impact the collective emotions of the community,a fatal hit-and run, occurred at the intersection of Figueroa St. and 54th St., and resulted in one fatality and two victims in critical condition. On September 26, 2016, at 6:35 p.m., a Range Rover vehicle was traveling northbound on Figueroa Street approaching 54th Street in Vermont Square when it collided with a Buick Regal.

The impact caused the Range Rover to go onto the sidewalk and collide with three people who were at the bus stop. The driver of the Buick Regal abandoned the vehicle at the scene, failing to exchange information, as required by law, or to render aid. The second driver involved stayed at the scene and cooperated with the police investigation that followed the incident.

The Los Angeles Fire Department responded to the scene and transported the victims to a local area hospital where one victim died as a result of his injuries. Two others were taken to a local hospital in stable condition and have since been released. It is unclear when, specifically, they were released and how they are doing today.

“It’s terrible. It’s just terrible,” said longtime Vermont Square resident, Robert Montgomery, who lives just a block away from where the incident occurred. “He was a friend of mine. He was a nice guy, friendly-oriented,” Montgomery added, speaking of the deceased victim, whose name has yet to be released to the public. “I don’t know how people can hurt another human being, and then turn around and flee the scene.”

The lead detective on the case, Officer Jose Mendoza of the South LA Traffic Division, said he could not comment fully on the case, as it is still considered “open.” However, he did acknowledge that the driver who ran away that night was taken into custody last week. 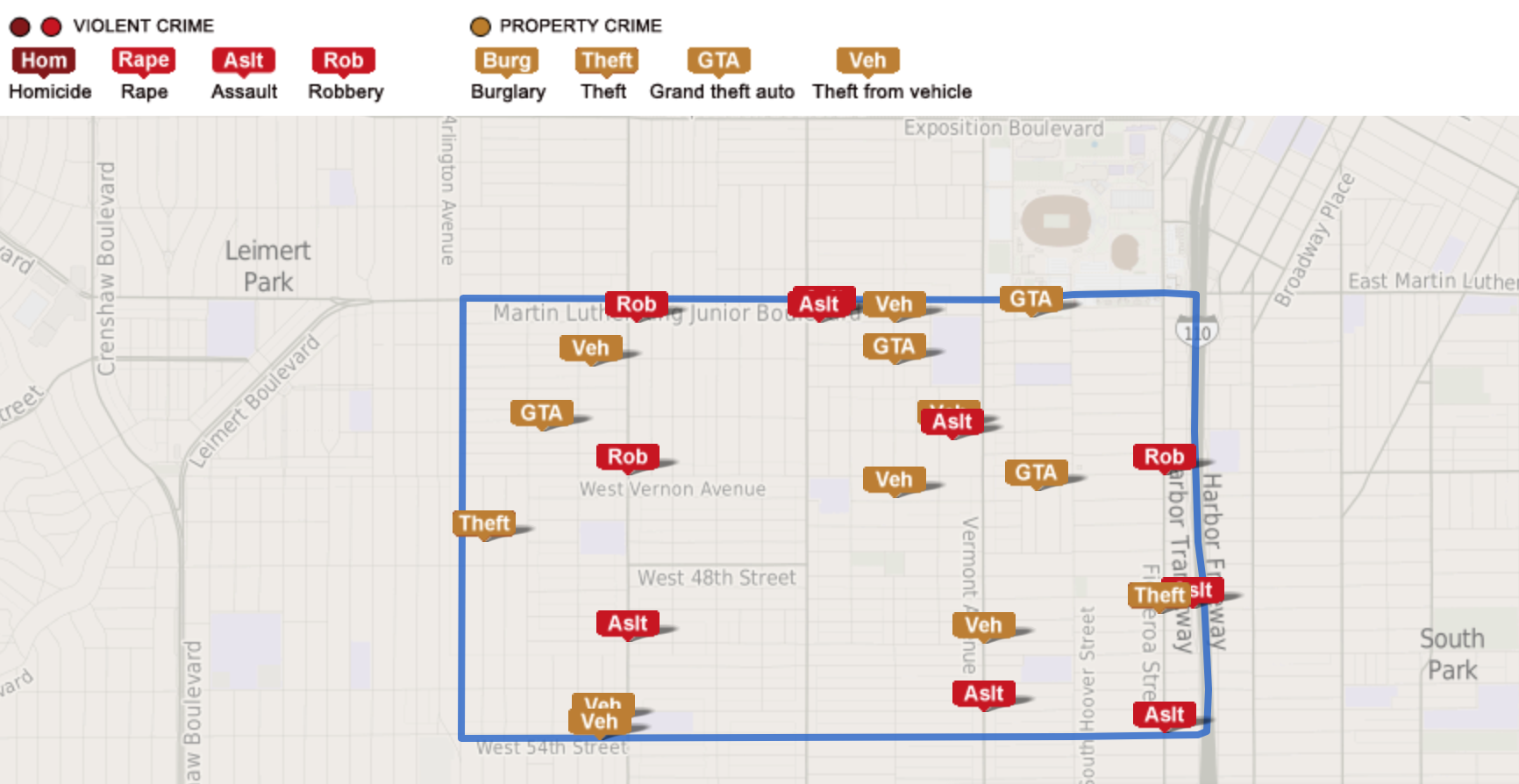 During the week of Nov 22-28, there were 20 violent crimes and 17 property crimes in Vermont Square. The above map, provided by the Los Angeles Times, shows exactly what crimes occured throughout the neighborhood during that week.

“It’s a shame people cannot take responsibility for their actions,” Mendoza, 46, said in an interview over the phone. “We are content that we apprehended the driver, and are working many leads that we think will lead us to the other suspect still out there on the streets somewhere.”

Vermont Square is officially part of South LA and falls under both the Southwest, Newton and 77th Police Divisions. Because of its high crime rate, it is given special focus by the divisions. Police have worked hard in recent years to combat crime in the Vermont Square neighborhood, as well as in other South LA crime-ridden areas such as Hyde Park, Chesterfield Square, and Historic South-Central. 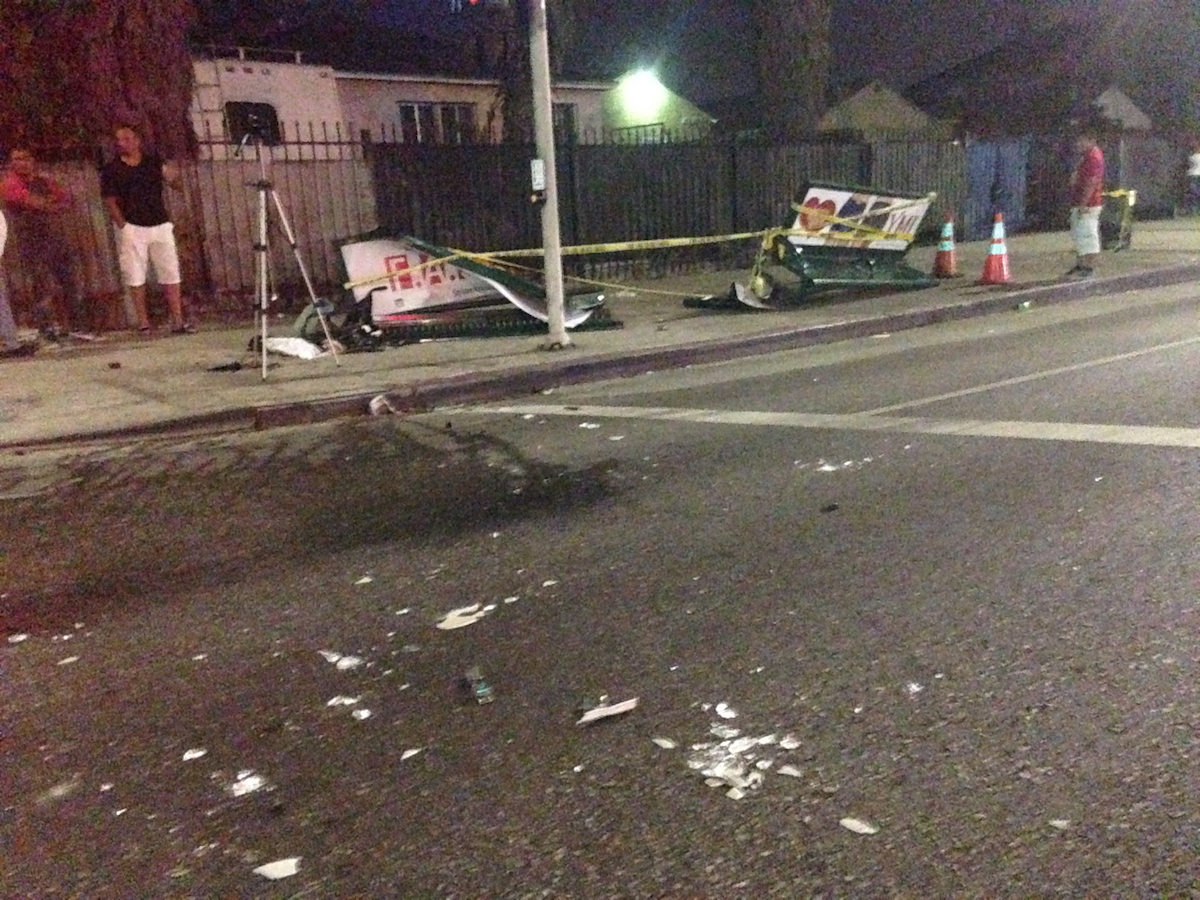 “The goal is that if police can foster a good relationship with the community, then South LA residents – perhaps those who have gone over to the ‘dark side,’ can realize that another life is awaiting them.”

“We meet with community members on a regular basis,” Ramkunas said, speaking about the department’s monthly Town Hall it hosts at various public locations in South LA, including in Vermont Square.

When asked about the weekly read-along at the Vermont Square branch library, a program wherein LAPD officers read stories aloud to young children, Ramkunas said he had not heard of it, but that he “loves the idea,” and that he hopes the read-along spreads to other communities, as it may be a good tool to establish positive community relations from a young age.

Ramkunas also pointed out that while the LA Times notes that nine people have been killed in the Vermont Square neighborhood, this figure is actually a decrease from the 11 homicides that took place in the city last year. “One murder is one too many,” the police sergeant said.

“Our ultimate goal is to have a city free of crime and murder, and we will forever work as hard as we can to ensure Vermont Square and all of Los Angeles remains as safe a city as possible.”

In an exclusive interview with Eytan Wallace, Lt. John Jenal of LAPD's 77th St. Division explains why he believes the LAPD is making strides in solving crime. He credits the department's improved relationships with community members and leaders in South LA and throughout Los Angeles.