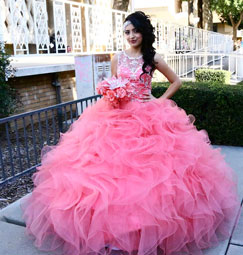 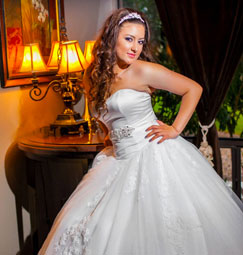 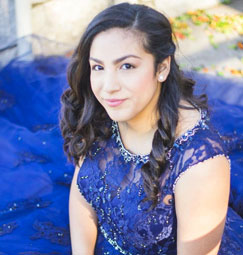 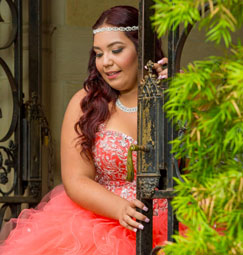 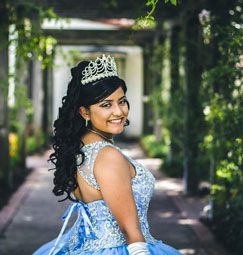 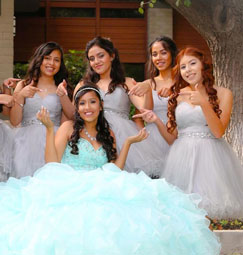 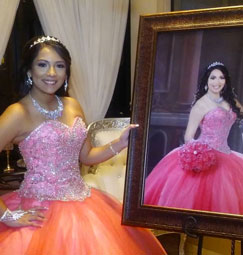 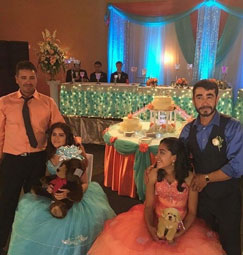 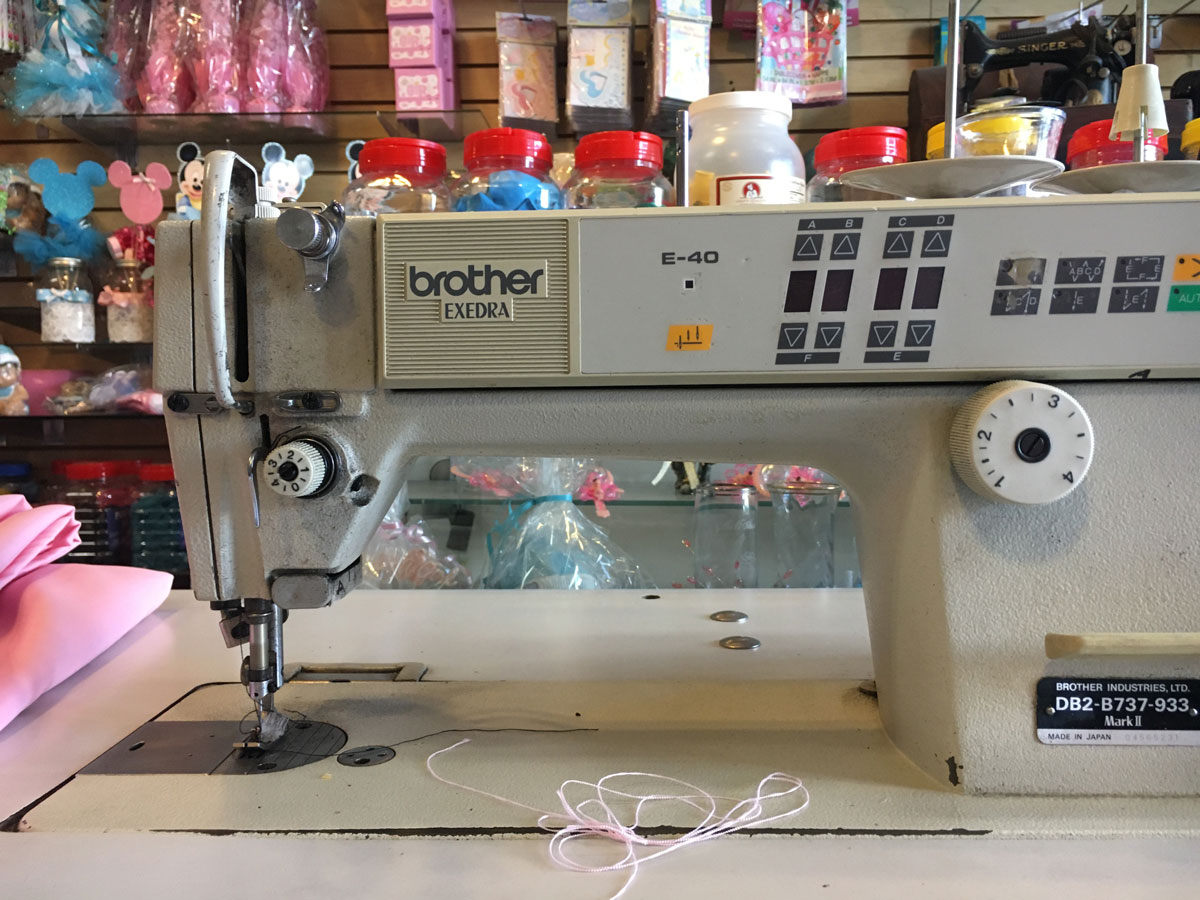 Despite low household incomes in Jefferson Park, quinceañeras remain big business in this increasingly latino neighborhood. In hispanic cultures, a quinceañera is a big party meant to celebrate a young girl's’ transition into womanhood. On her 15th birthday, she gets dressed up in a poofy dress for a night of celebration with her family and friends.

Artemisa Baeza, who owns one of the neighborhood’s most prominent haute couture and party supply stores, is in the business of quinceañeras. When she immigrated from Mexico six years ago, she started out as a dressmaker. Her trade was making beautiful ball gowns for quinceañeras and weddings.

However, she noticed that local families struggled to find the other ingredients for a big party, such as tables, chairs, and tents.

In spanish, she says “It’s a very big occasion, and the dads will spend as much as they can for their princess’ big day.”

Today, her store provides a one stop shop for everything quinceañera. Beyond custom made gowns, she rents popcorn machines, snow cone machines, disco lights, chairs, tents, and much more. She also sells party decorations such as balloons and centerpieces. With the help of her husband and teenage son, she transforms the customer’s home into a party locale fit for a princess.

According to Baeza, a family on a very small, tight budget can expect to spend at least $8,000 on a quinceañera party if they host it in their home. However, it’s common for families to spend much more.

Emilio Segura is a Jefferson Park resident who recently celebrated his eldest daughter’s quinceañera with the help of Baeza. He says “We’re not made of money, but this is a once in a lifetime occasion. It’s cultural but it’s also religious. It’s a very catholic thing and a social thing.”

He jokes, “You don’t get a choice. If you can afford it, you’re giving your little girl an amazing party.”

Segura remembers a very specific part of the party fondly: the ritual in which he changed his daughter's’ shoes from flats to heels, marking her transition from child to woman.

He smiles as he says “During the shoe change, I cried like a baby. As a father, you can’t put a price on that.”

Emilio Segura and his wife have two more daughters who are 13 and 11 years old. He expressed some nervousness at the thought of having to pay for two more quinceañeras, but feels confident in his ability to have enough money saved up by then.

He says “There’s no way my other daughters won't have their own amazing quinces, even if I have to work five times as hard.” He also knows that in any case that he couldn't afford it, his family would pitch in to help.

He says “I have a friend who had five girls, and they were all a year apart. So everybody in the family had to come together and contribute something so all the girls could have a party. That’s what families do. It’s tradition.”

Segura’s daughter, Victoria Segura, who recently celebrated her quinceañera, says her party was unforgettable. She says “It was amazing because I was wearing this beautiful dress and all my friends were there and my family from Mexico, and we got to dance and have a lot of fun.”

Her favorite part of the big day was seeing relatives that she hadn’t seen in years. She says “When we were together, it was like no time had passed. That’s the great thing about family.”

On the big day, Victoria Segura woke up to a mariachi serenade. She then had breakfast with her family that had driven in for the party.Afterwards, she went to get her hair and makeup done at a local beauty salon, and put on her beautiful dress which was custom made by Baeza.

She and her Court of Honor (composed of her sisters and closest friends) then went to the Rose Garden at USC, where a professional photographer took hundreds of pictures to commemorate the occasion.

Meanwhile, Baeza had delivered the tent, chairs, fog machine, and even a red carpet. The family was fast at work to get everything ready for the big party.

Afterwards, it was time for the church ceremony at St. Vincent Catholic Church. “It was so beautiful and spiritual” says Victoria Segura tearfully.

At the party, she made her big entrance with a choreographed dance with her court, which they had rehearsed at a local dance studio. Her court was wearing matching outfits, all made by Baeza. The catering was done by a local Mexican restaurant.

Victoria Segura says “My dad actually never told me how much everything cost. He doesn’t want me to know. But he knew how much I wanted this party and he worked so hard to make it happen, so I’m really thankful.”

According to her father, Victoria’s quinceañera cost the Segura family around $14,000.