While the streets of Jefferson Park are dotted with numerous popular fast-food restaurants, there is an absence of locations that promote a healthier style of living.

Some establishments outside of the community are working to satisfy the appetite for healthier food by making such options more accessible to the neighborhood’s low socioeconomic population.

One of these locations is Everytable on W. 23rd St. Their goal is to make healthy food available to everyone by pricing their meals according to the neighborhoods they serve. Their average cost in stores in South L.A. is four dollars, while in downtown L.A. it is eight dollars. Their most popular dish, the Cajun blackened fish, is not only gluten-free but also has highly nutritious braised collard greens and black-eyed peas.

“We believe that healthy food is a human right,” Sam Polk, co-owner of Everytable, said. “But not everyone can afford nine dollar green juices and 12 dollar salads… we want to provide residents with an alternative to low-quality, over-processed fast food chains.”

Another similar option is With Love Market and Cafe. Like Everytable, it is located right outside of Jefferson Park.

With Love Market and Cafe is situated on S. Vermont Ave. and is a social enterprise aimed at encouraging healthier eating habits and lifestyles in Southwest L.A. Not only do they sell healthy foods at affordable prices, they also have community programs like yoga and cooking classes that focus on healthy eating, child development, exercise and other life skills.

With Love Market and Cafe director of community programs talks about how the cafe impacts herself personally.

However, getting the place up and running was not easy and certainly not cheap. Andrew McDowell, co-owner of With Love, took almost four years to gather one million dollars to set the place up.

“Little places are popping up but that doesn't mean they'll last,” McDowell said. “It's hard to build up an audience and get a customer base. You put a KFC in a neighborhood, you know it's going to work because all the other fast food restaurants in the area worked. You put a healthy food grocery market café in a neighborhood that's never had something like this, and it takes time. It takes education. It takes patience. It takes changing the model to fit into what people want.”

The reason behind Jefferson Park’s lack of healthy food options can be traced to its socioeconomic status. With a median household income of $32,654 in 2008, Jefferson Park is on the low-end for both the city of Los Angeles and the county.

Families struggling to make ends meet don’t have time to cook because a fresh meal made from scratch takes hours of preparation. Families thus tend to lean towards faster and cheaper food options. And since most restaurants can’t provide freshly prepared food at affordable prices, Jefferson Park is populated with fast food chains like Taco Bell and Burger King. Healthy food options are very limited.

“In Jefferson Park, there aren't a lot of folks doing healthy food,” McDowell said. “I think there are people who are looking for healthier food options but they leave the community for it. They go to other places like downtown or Culver City to find these options. But these people shouldn't have to go anywhere to get what they want.”

Katherine Nilbrink, founder of health blog LifeTrekk, does plant-based potlucks once a month for the community. But just like these potlucks, most attempts to promote healthier eating habits in the area are inconsistent.

“You go anywhere on the west side and you'll see a ton of healthy options like salad bars, Lemonades and Tender Greens,” Karla Vasquez, director of community programs at With Love, said. “You don't get to see as many as those here.”


However, the increasing demand for healthier food options is keeping restaurants in the area on their toes.

“I see that with the way people order tacos here,” Park said. "They get a smoked lamb taco, a charred vegetable taco, a chick pea taco so they get both their meat and vegetables in.”

Revolutionario is one of the only options residents in Jefferson Park have instead of fast food. The restaurant, located on W. Jefferson Boulevard, is known for their African-inspired tacos. Some of their best sellers include their black-eyed pea falafel, duck hash, smoked lamb and cilantro yogurt chicken tacos.

While Revolutionario focuses more on quality, they did launch a collaboration with With Love Market and Cafe earlier this month to bring healthier aspects to the table. Revolutionario cooks the protein and delivers to With Love every morning to sell throughout the day. The menu includes protein bowls where customers can pick their base of brown rice, white rice, ancient grain mix and mixed greens, and top it with chicken, short ribs, carnitas, butternut squash or fried cauliflower.

“While we definitely still prioritize flavor, we are starting to provide more options,” Park said. “We do three different kinds of soup. Our pumpkin bisque is our luxury soup. It has cream and butter, and it's delicious. People want to eat that. We did a broccoli cheddar soup. There's no cream and butter but it has a little bit of cheddar. But the cheese is good flavor. And then we did a vegan tomato bisque that’s healthy. I think ultimately we should provide the options but it is still up to the people to figure out what they want.” 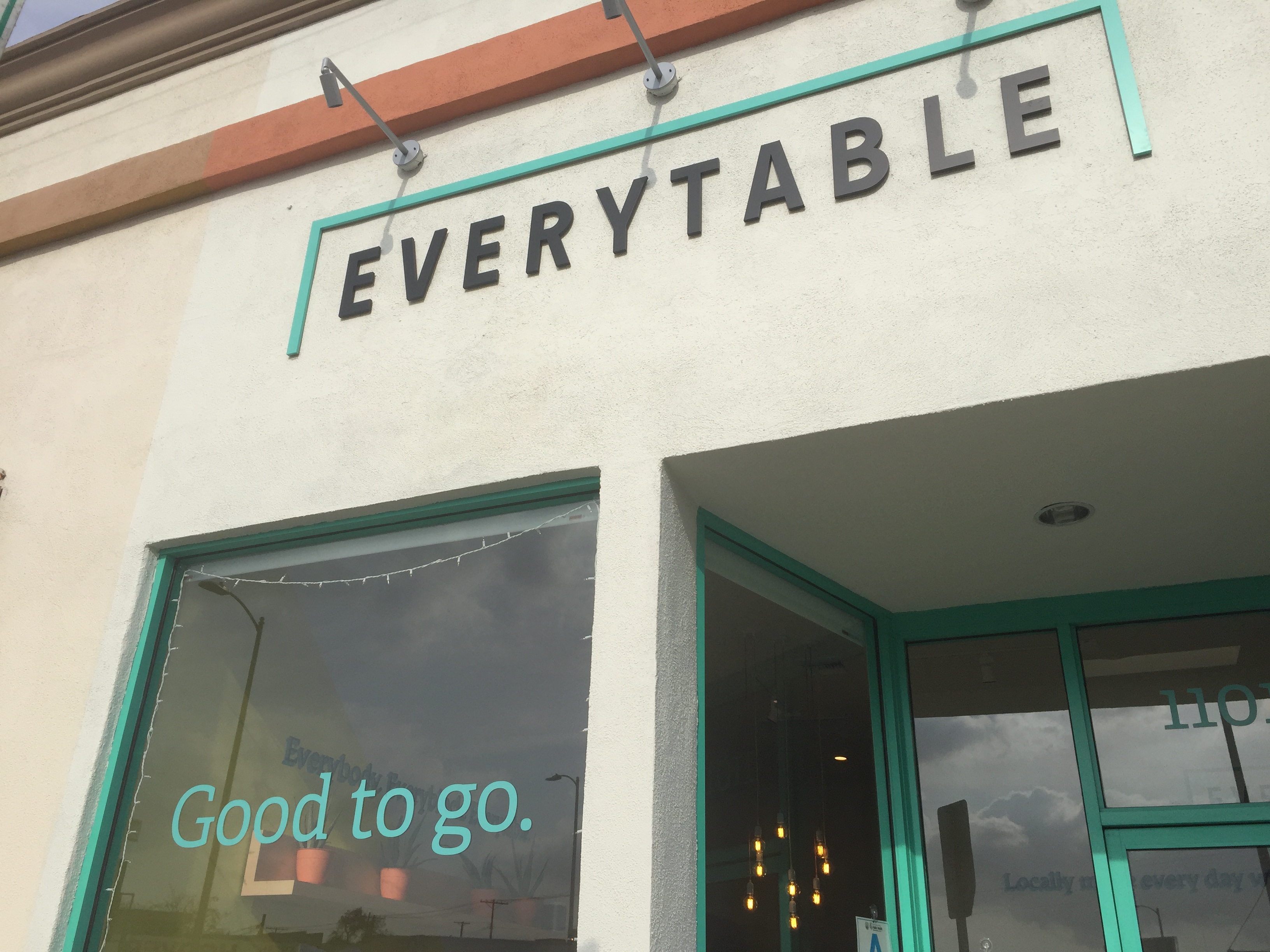 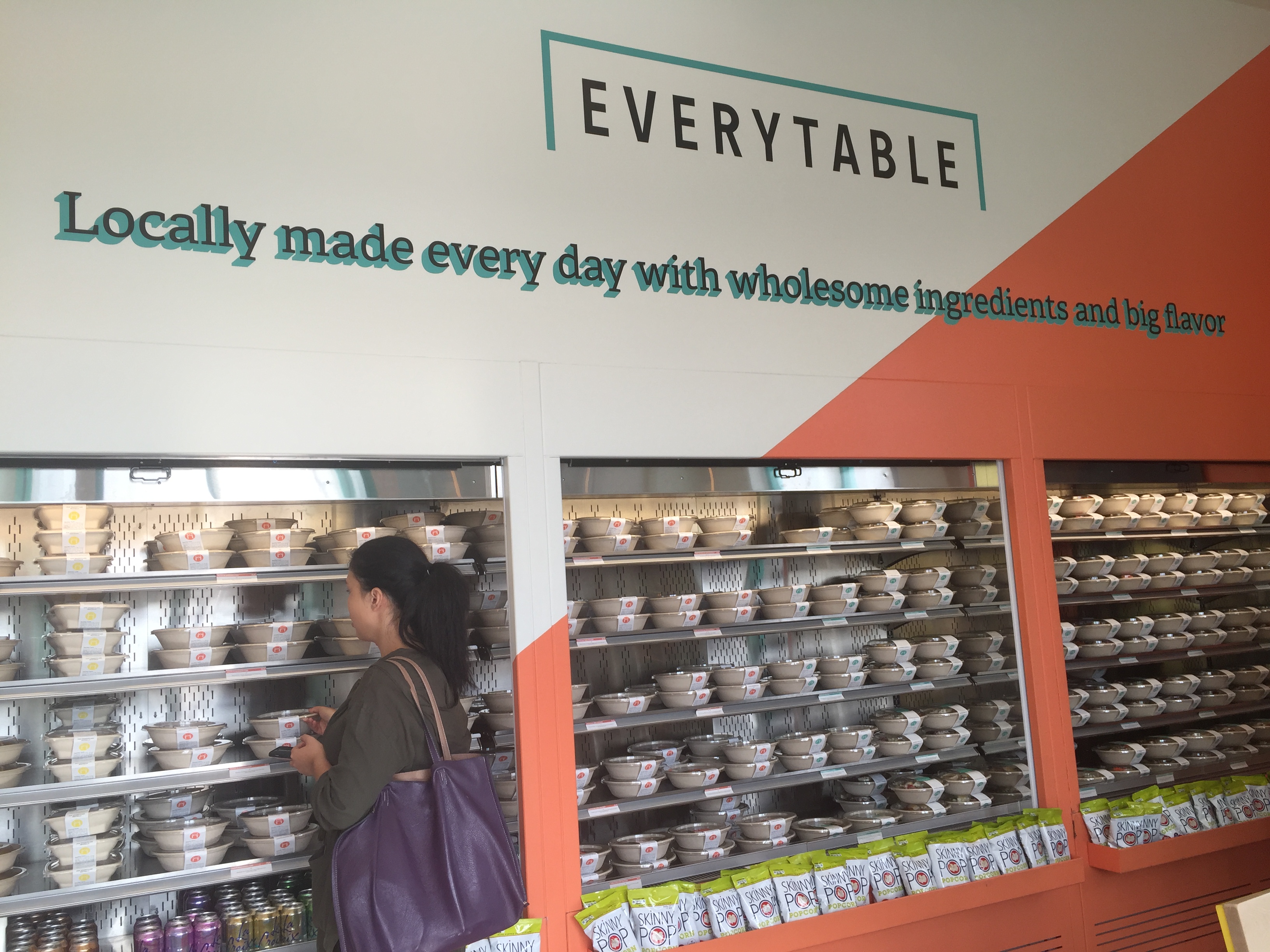 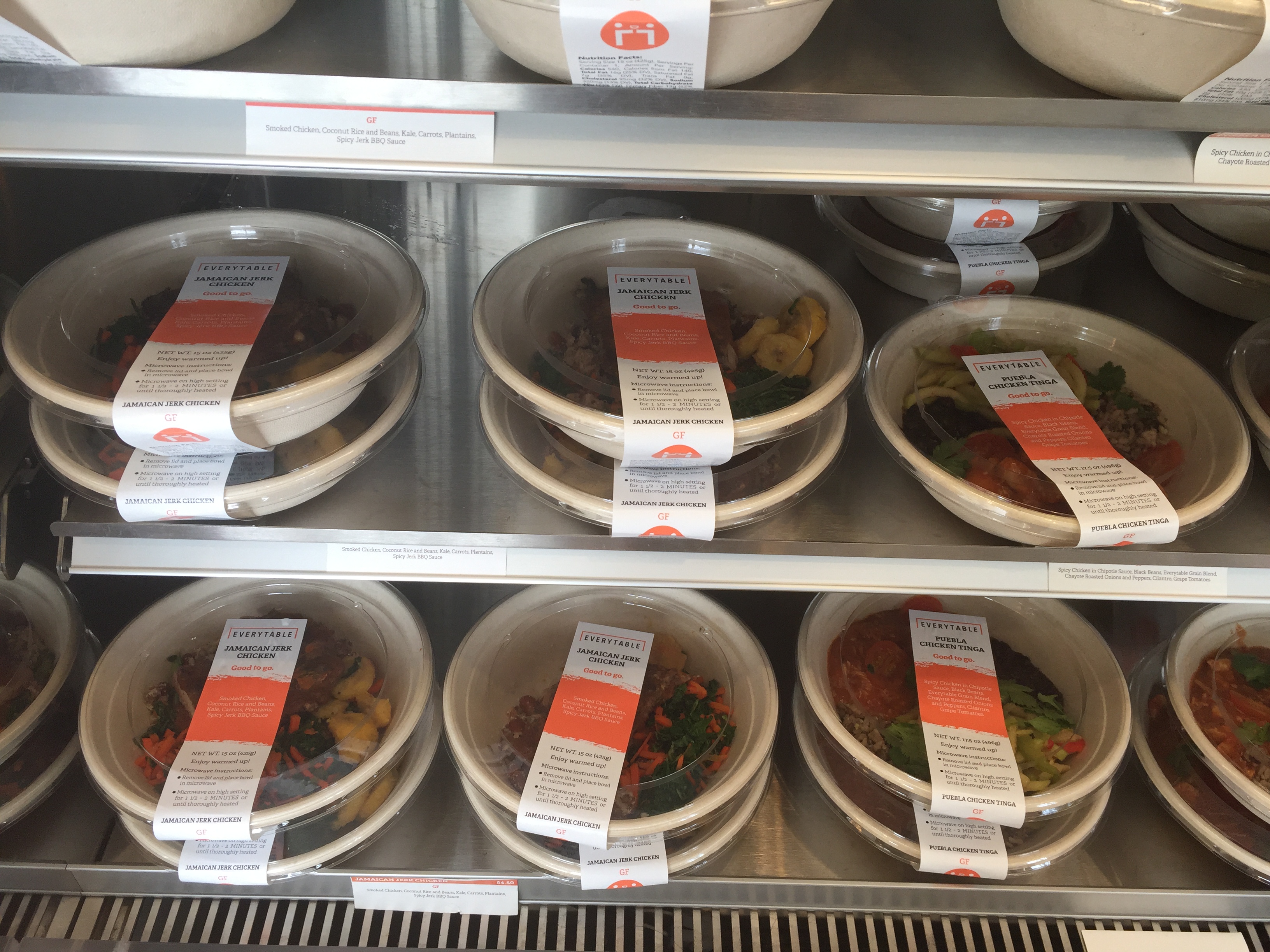 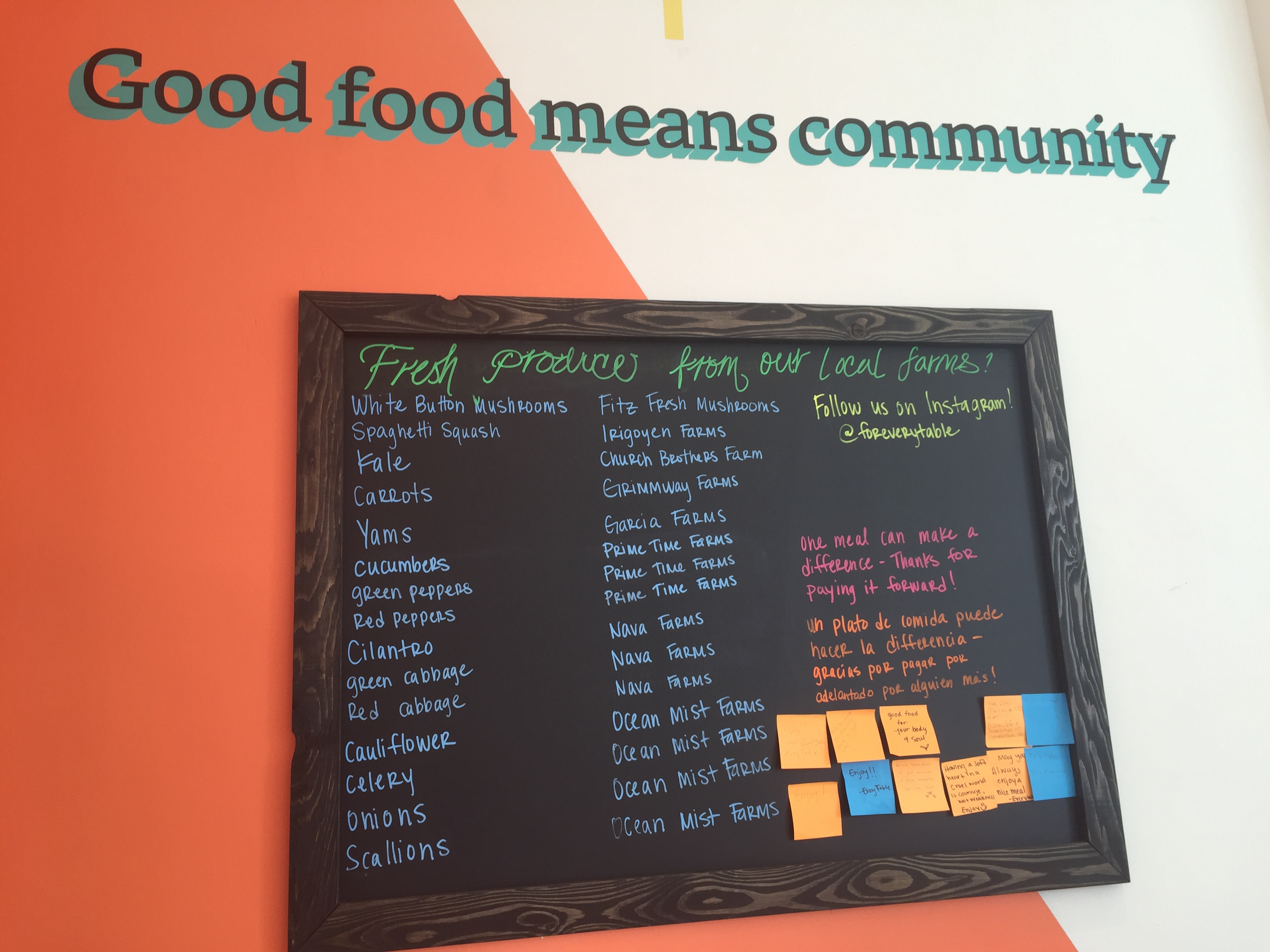 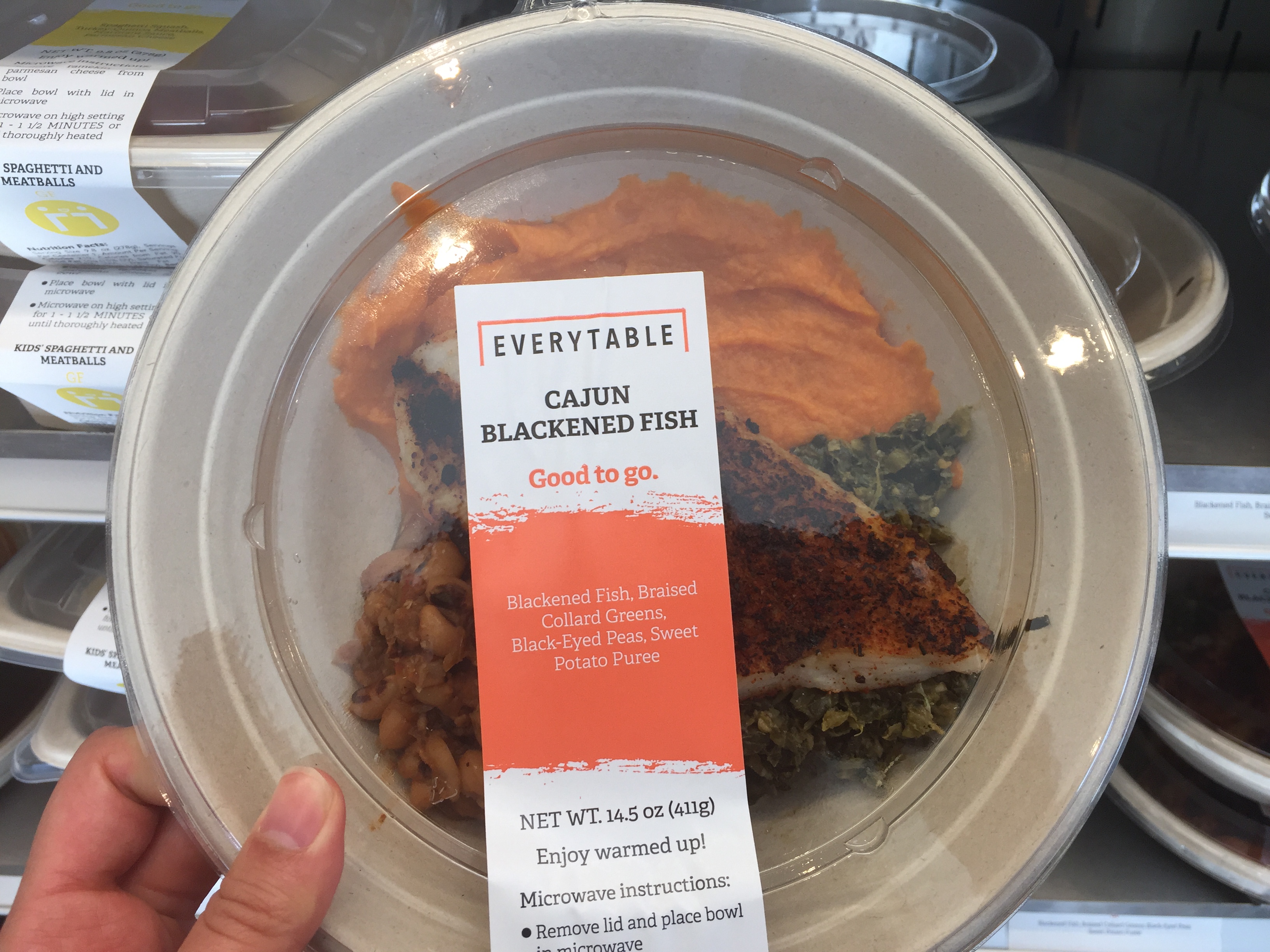 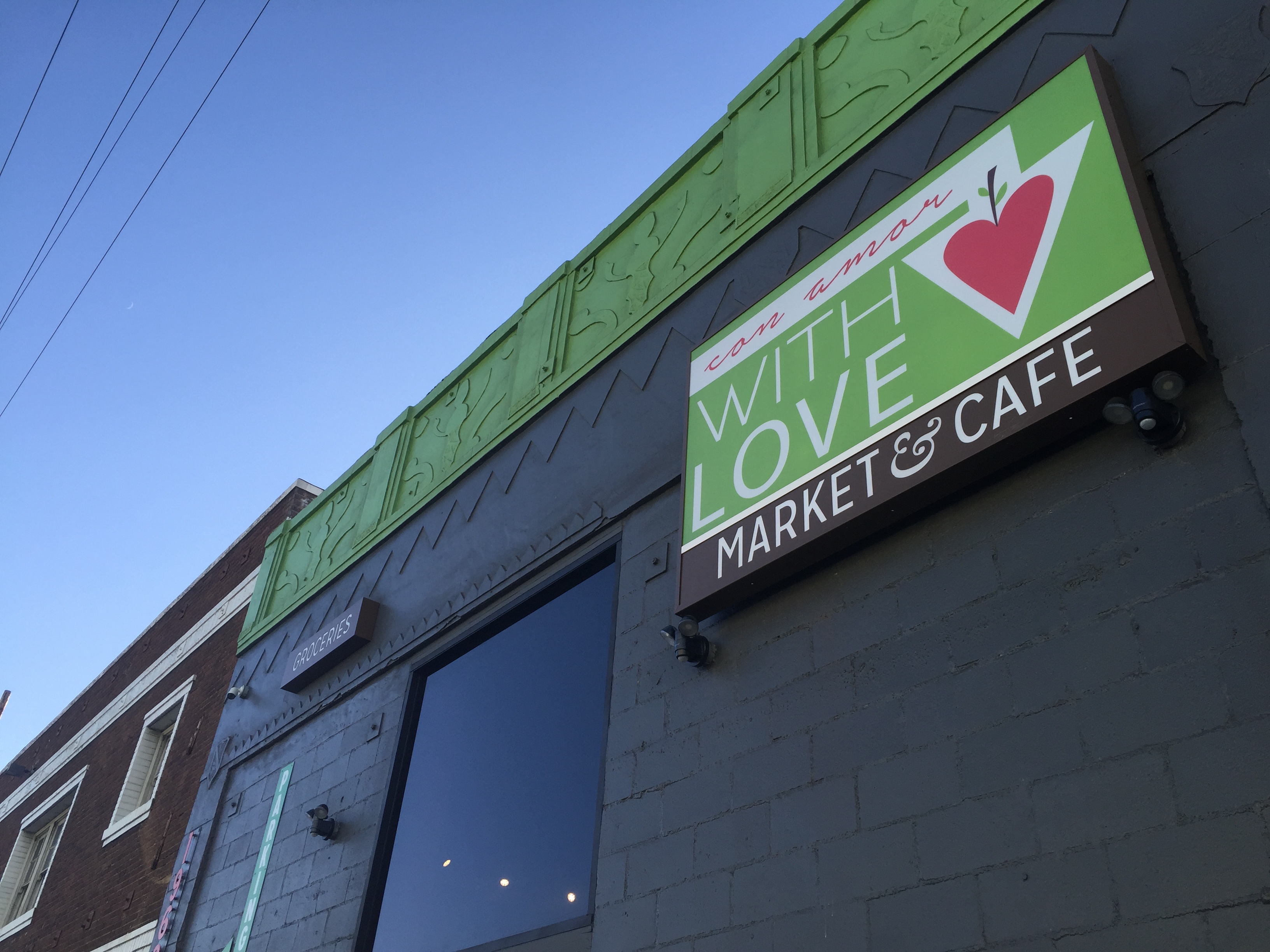 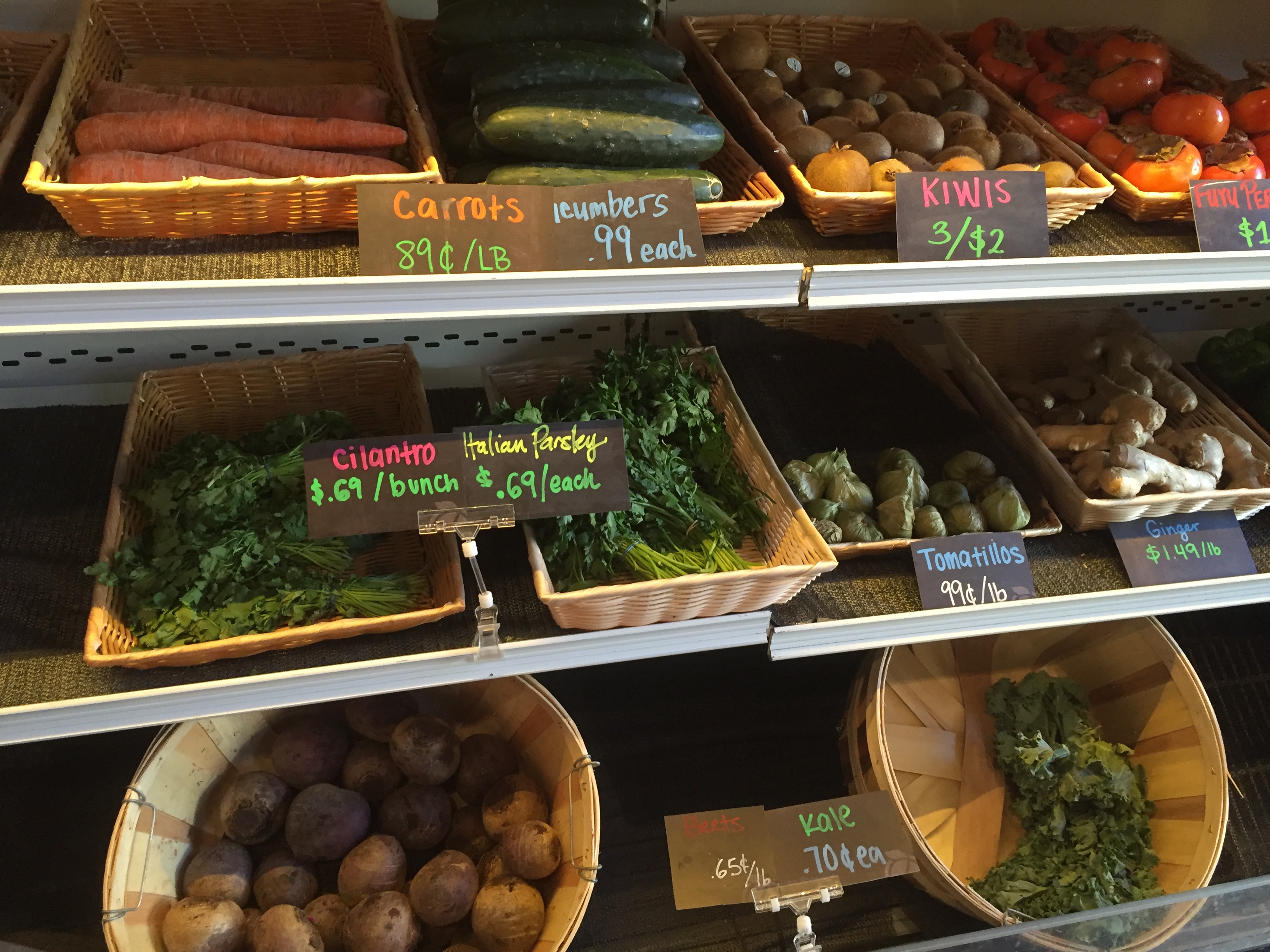 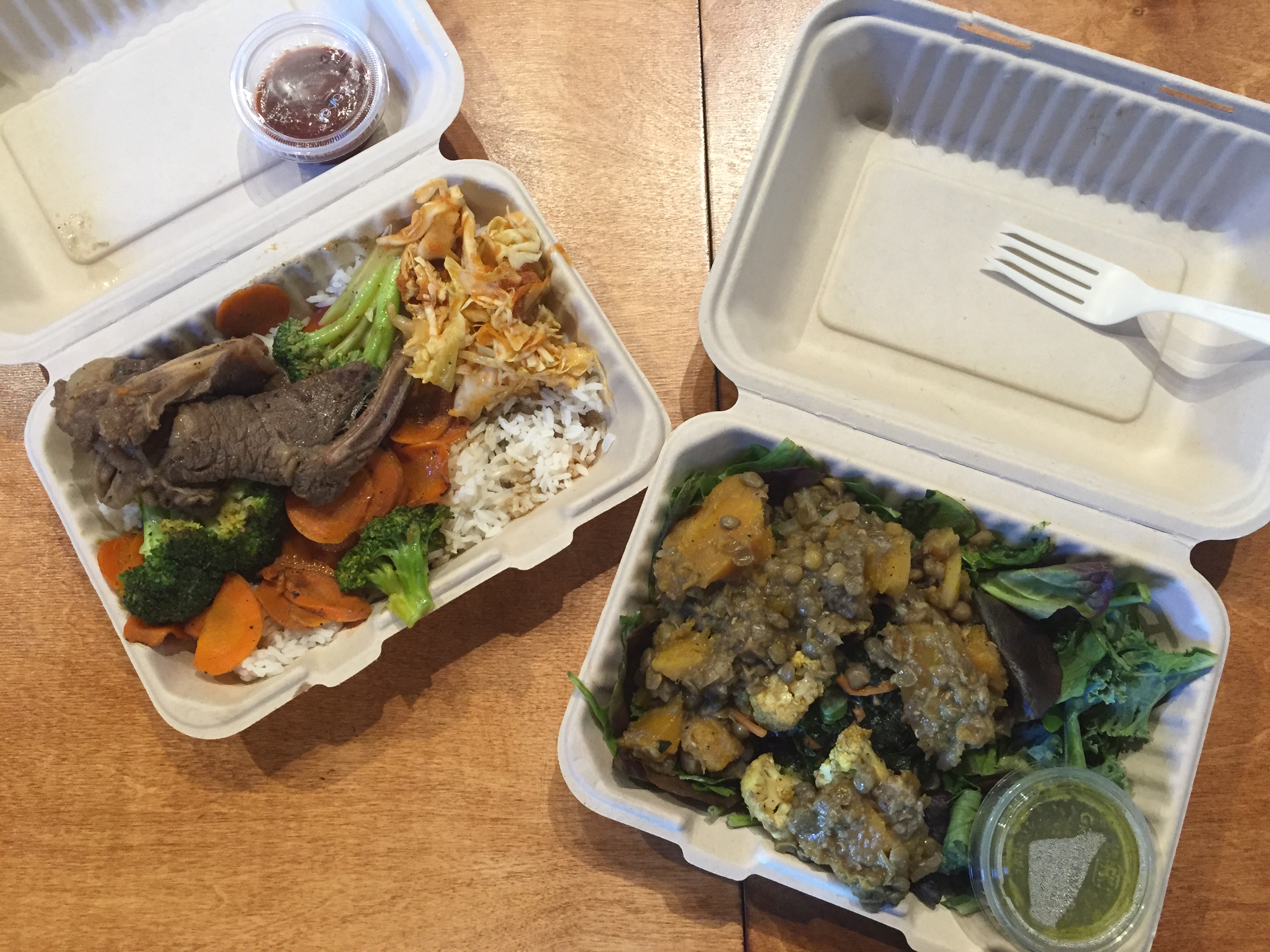 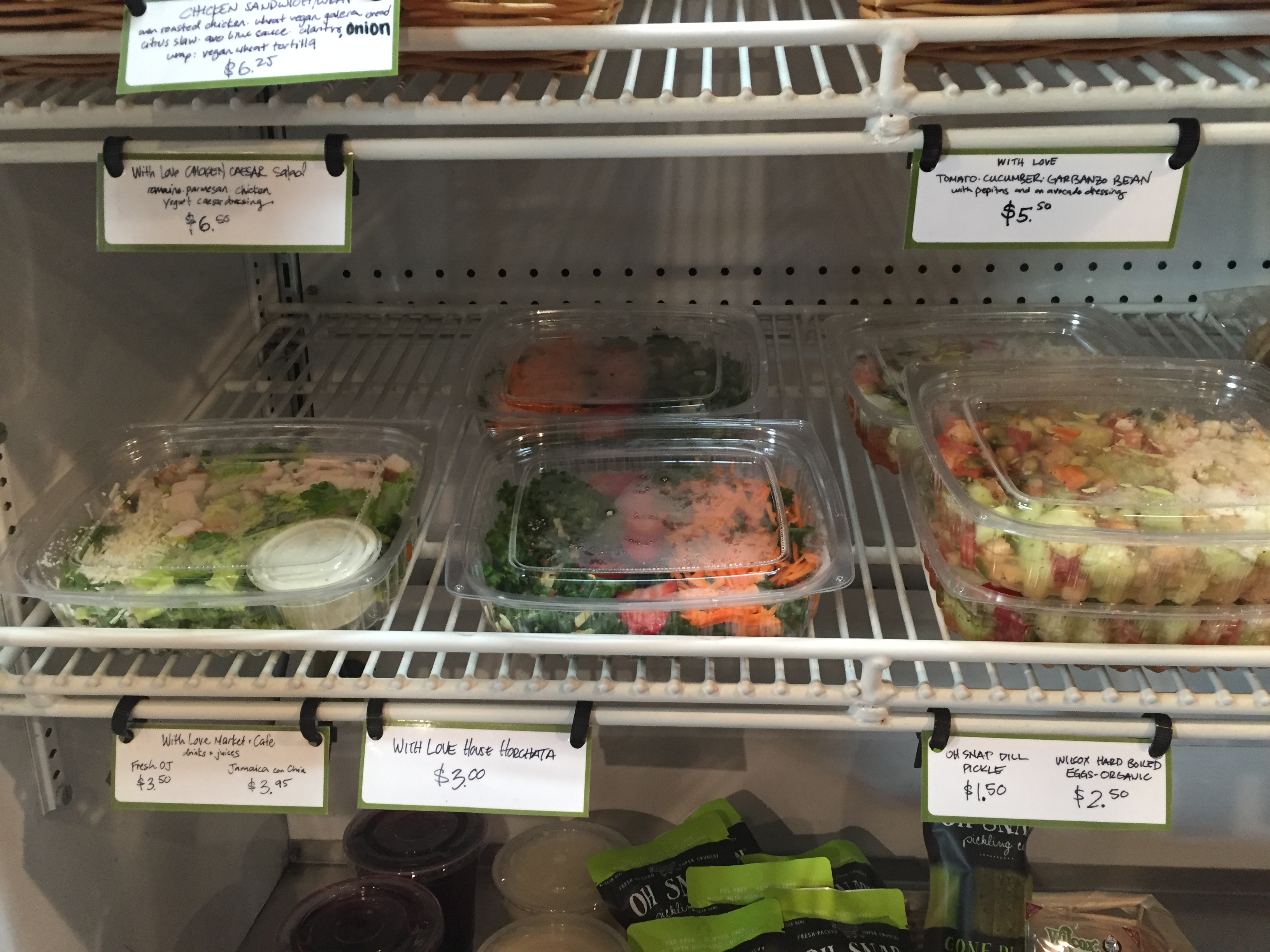 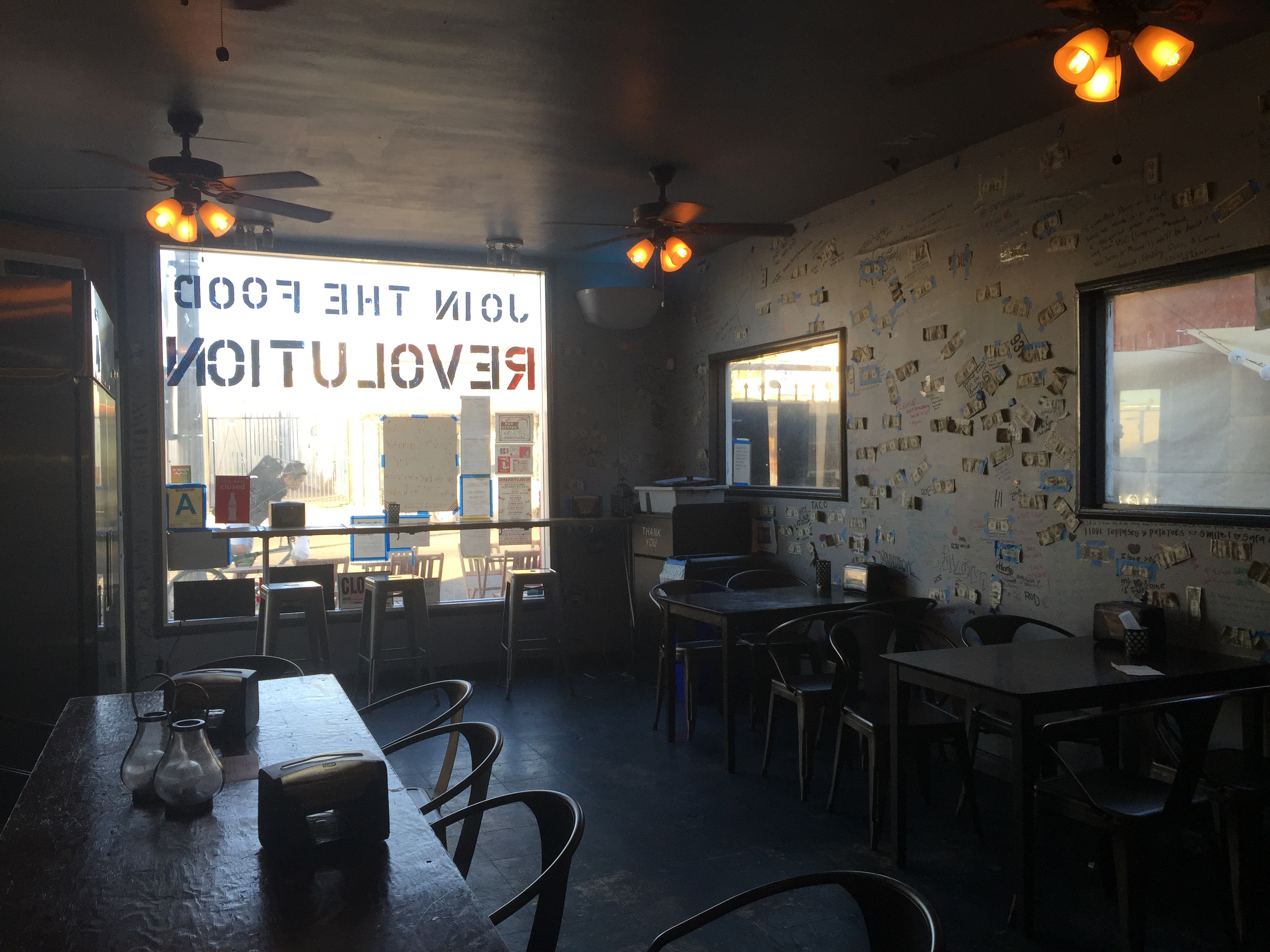 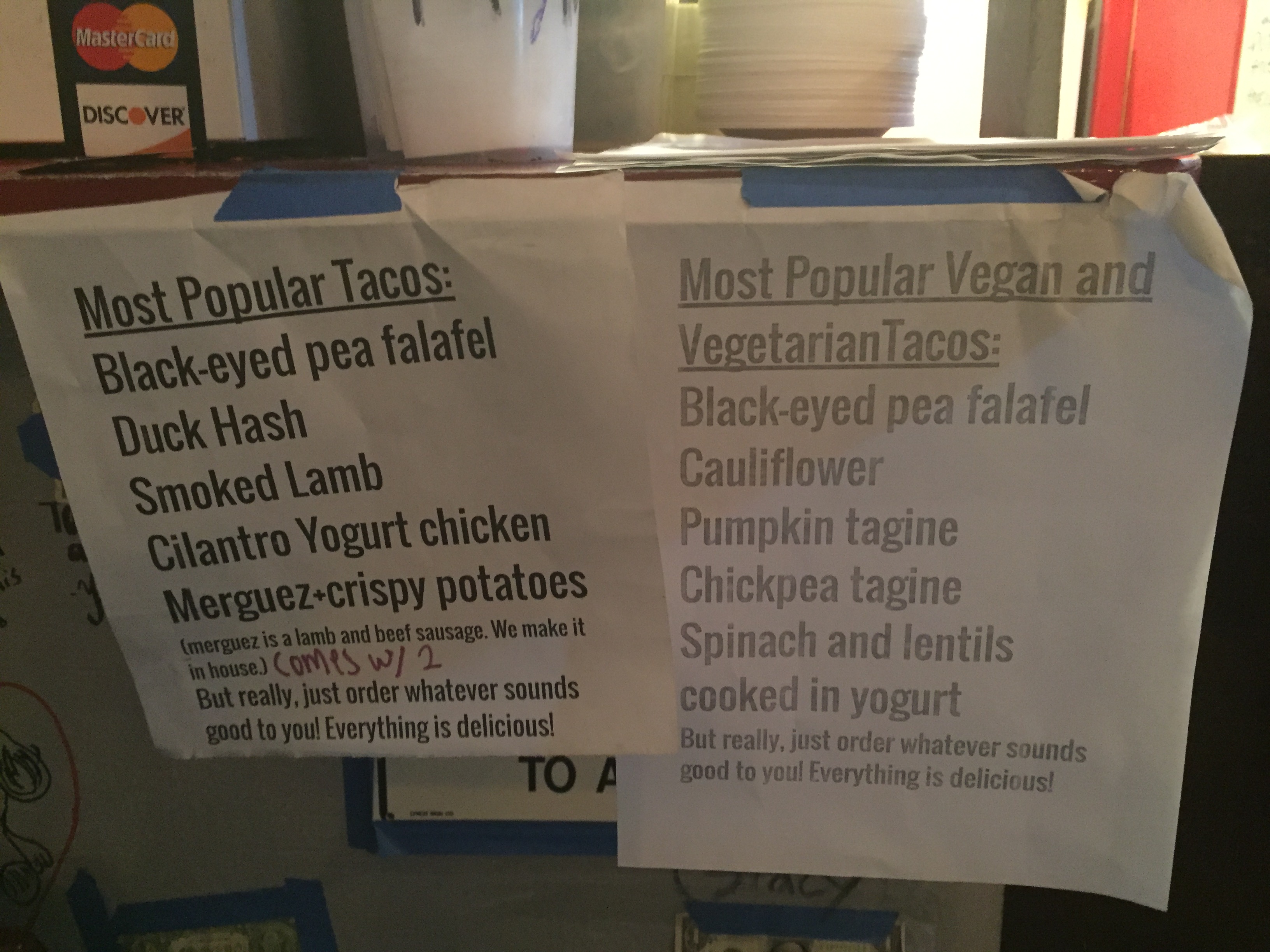 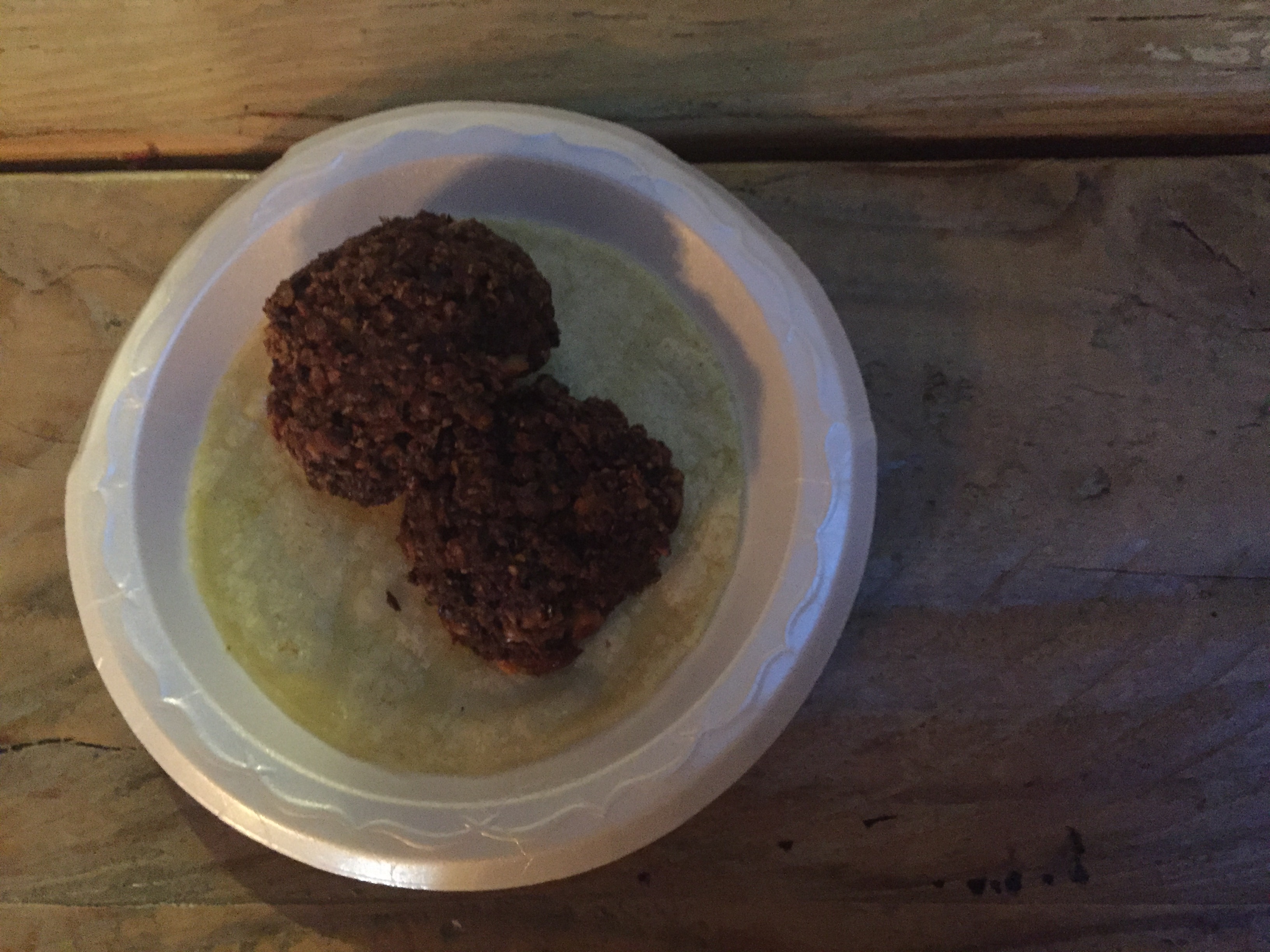