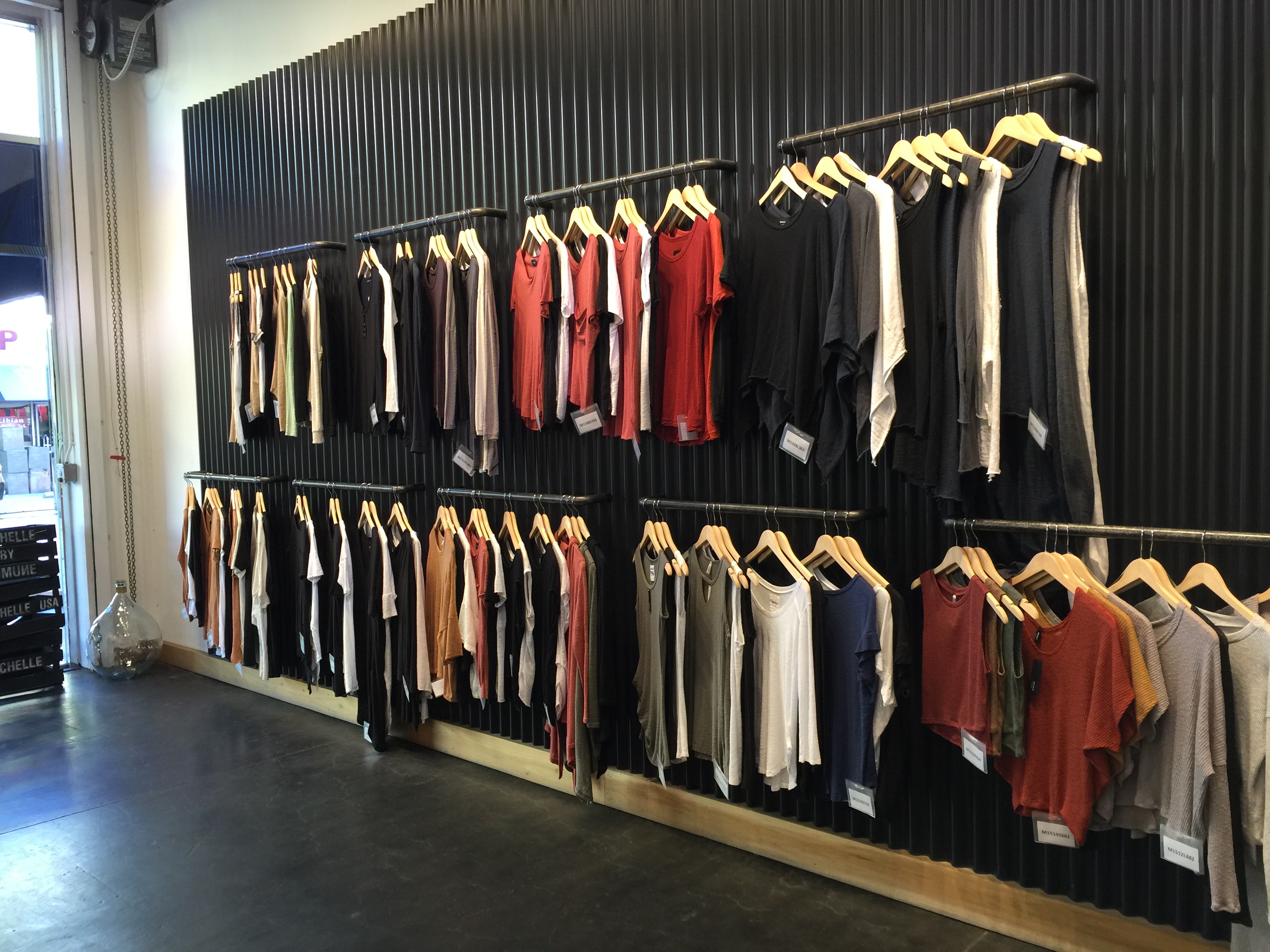 With each passing day, the Fashion District in downtown Los Angeles churns out an upwardly spiraling volume of low-cost apparels, accelerating the dizzying fads of nationwide cheap fashion.

Over the past decades, the fashion industry has undergone a profound and baffling transformation. What used to be a stable three-month production cycle of designing, manufacturing and distributing clothes to stores has gradually been replaced by a much faster trend, known to many as the Fast Fashion.

The trending apparels from a recent runaway show that used to be only accessible to well-heeled fashionistas can now be available to a larger number of consumers at a more affordable price within three weeks.

“For fast fashion, it’s a relatively new trend in the fashion industry,” said Ariana Gomez, PR and Marketing Manager for the L.A. Fashion District. “It used to be that we had two seasons: fall and spring; and now there are fall, spring, holiday resort, pre-fall, pre-spring, and so on.”

The fast fashion businesses in the District are predominantly made up of Korean-American wholesalers whose short production and distribution lead-times force consumers to feel out of trend in less than a few weeks.

“The retailers try to keep the trend moving inside the store so the buyers will continue to return every couple of weeks,” said Ilse Metchek, Executive Director at the California Fashion Association, a non-profit organization that represents the state’s apparel and textile industries.

Today, more than 3,000 businesses are registered with the Korean Apparel Manufacturers Association (KAMA) in L.A. Fashion District. They vary from local mom-and-pop shops to multimillion-dollar businesses. Located at the eastern boarder of the district, commonly known to Koreans as the Jobber Market, these wholesale businesses import large quantities of affordable pieces manufactured in places like China and Southeast Asia to sell quickly during the season in order to make profit, according to the KAMA.

However, there are also image problems with the fast fashion label.

The term is often times associated with poor quality and pollution.

In addition, speed is more of a focus for fast fashion than the designs.

“Fast fashion isn’t associated with a designer,” said Gomez. “They focus on the trend and what’s going to sell, so they’re not necessarily creating anything new or unique.” 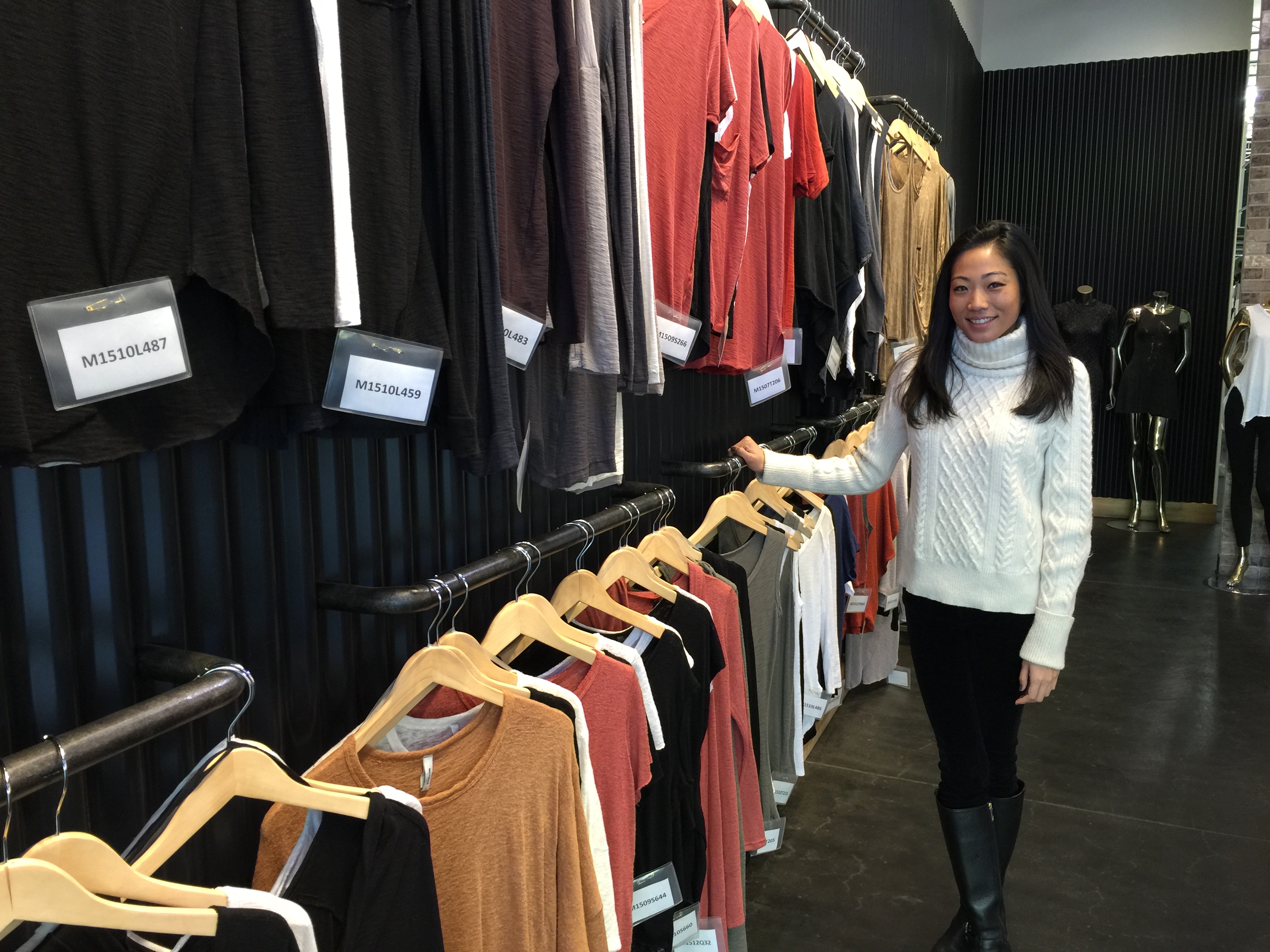 Some renowned local manufactures in the district stand strongly against the quick and cheap fashion.

“American Apparel does not consider ourselves fast fashion in anyway and it’s something we stand by and feel strongly about,” said Roberta Oglakhchyan, Director of PR at American Apparel. “Even though there is a lot of competition in the market, American Apparel offers something unique compared to our direct competitors.”

Despite American Apparel’s effort to create more jobs in the local apparel manufacturing industry, the U.S. employment in this field has declined sharply, from almost 940,000 in 1990 to about 144,000 in 2013, according to the 2015 report by the United States Congress Joint Economic Committee.

About 85 percent of the industry’s product is made out of the country, said Metchek.

Los Angeles has become a major destination for fast-fashion industries particularly due to its close access to seaports and airports. Its proximity to Asia creates a natural driver of growth in the industry. Shipments from Asia are weeks faster to Long Beach than to the East Coast, and this offers a better liquidity through faster inventory turns, according to the California Fashion Association.

The focus on speed has affected various kinds of wholesalers and retailers, even those that are not generally considered fast fashion. But while many apparel manufacturing jobs have left the United States, jobs are still created in Los Angeles that concentrates on the high-value parts of the apparel global supply chain, such as the designing, marketing, wholesaling and retailing.

Over the last eight years, wholesalers in Los Angeles added more than 6,000 jobs to the city, which is at a rate of about 850 wholesaling jobs a year for the region, according to the California Fashion Association.

In 2014, Los Angeles became the highest employed area for apparel wholesale and retail buyers, overtaking New York in the previous year by employing 5,730 to the business, according to the Bureau of Labor Statistics.

The general success of the Korean wholesale and retail business has affected almost every corner of the industry in Los Angeles. And though the fast fashion model may have crackings in various ways, the industry will continue to find routes to provide faster and cheaper apparels every year.