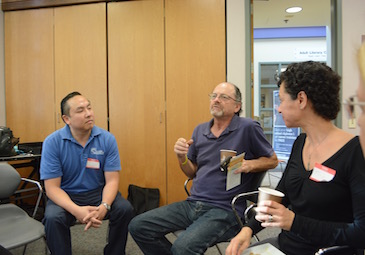 LADWP Officer PJ Gagajena meets with local community members to discuss how to bring water conservation to the community. 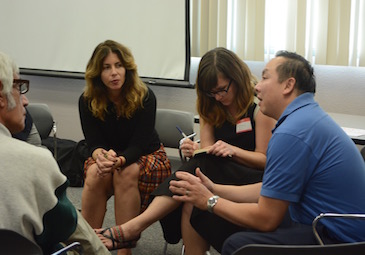 "We try to educate the public about water conservation," said Gagajena. 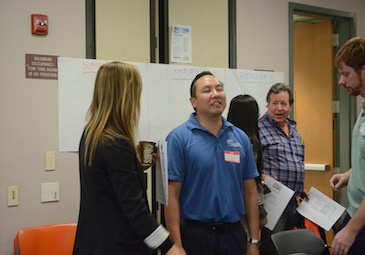 Gagajena tells members of the Los Angeles community that the LADWP has many rebate programs in place to encourage water conservation. 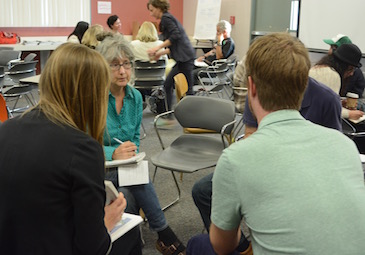 Community members gather on December 5 to discuss climate change and ways to bring sustainability to their neighborhoods. 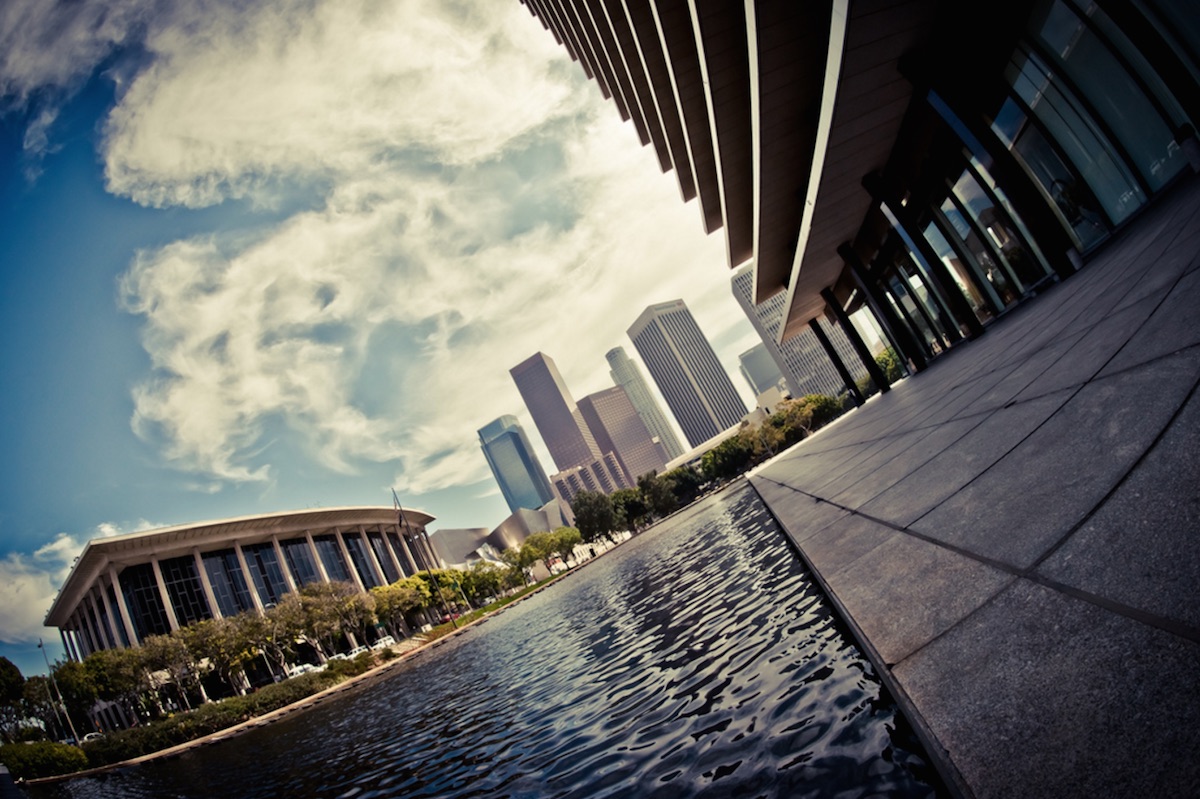 California is running out of water.

Slowly but surely our water supplies are depleting; experts estimate that California only has about a year’s supply of water left in its reservoirs. The state was once able to rely on groundwater as a backup water source, but instead of precipitation this year, Mother Nature gave California the highest average temperature its seen in 120 years.

“With the warming atmosphere, we’re seeing our snowpack dramatically diminishing,” Climate Resolve Executive Director Jonathan Parfrey said in a presentation for the Neighborhood Council Sustainability Alliance. Parfrey is right—the snowpack in California’s Sierra Nevada mountains, which provides 30 percent of the state’s water supply, has reached its lowest level in at least 500 years, according to data published in Nature Climate Change.

Back in April, California Governor Jerry Brown issued statewide mandatory water reductions after the drought only appeared to be getting worse. “This historic drought demands unprecedented action,” Brown said as he announced the mandate. Here in Los Angeles, residents have had to pay the price, both environmentally and economically, for global climate change. In light of Brown’s announcement, the largest municipal utility in the United States, the Los Angeles Department of Water and Power (LADWP), was required to reduce water consumption by 16 percent—and if they didn’t, they faced fines of up to $10,000 per day.

And so the 3.9 million Angelenos using LADWP’s services had to figure out how to cut down on water usage. However, what seemed impossible to customers was made realistic by the LADWP’s help. “Any chance we are at a community fair or a neighborhood function, we try to give out free showerheads,” said PJ Gagajena, management analyst at the Office of Sustainability and Economic Development at the LADWP. For equipping your home with something as simple as a high-efficiency toilet, a rain barrel, or a cistern, the LADWP offers rebates as well. They have also set up a Home Energy Improvement Program, a free program that recommends high efficiency appliances to customers to conserve water, and a Cash in Your Lawn turn rebate program, which has saved more than 1 billion gallons of water yearly.

Thus, with several rebate programs and other cheap or subsidized eco-friendly home improvements, the LADWP has reached its goal of cutting its water usage by 16 percent compared to 2013. As of October, Los Angeles as a whole has even cut down on its water usage by 18 percent. And for some residents, cutting down on water required no incentive except for saving the environment. Steven Meeks, a resident of West Adams and a customer of the LADWP, has been implementing greener tactics at his house for over a decade now, like getting rid of his grass and recycling water out of the kitchen and washing machine. “My water bill is very small,” Meeks said.

Although Los Angeles has met its water saving goal, the LADWP has run into another problem: the more water Angelenos save, the less money LADWP receives. After the LADWP encouraged water conversation, it ended up with 18 billion gallons of water unsold. On October 20, the Board of Water and Power Commissioners approved a Water Revenue Adjustment Factor that will ensure the LADWP maintains a certain amount of revenue because Angelenos were saving too much water.

“As Angelenos use less water, there is less water revenue generated,” explained Ellen Cheng, an LADWP public relations specialist. “This year, conservation has reduced projected revenues by $110.7 million. The WRAF will allow the Department to recover costs associated with delivering water to customers, approximately $57.6 million, and still provide savings to ratepayers of $53 million as a result of their reduced consumption. This is part of [the LADWP’s] existing rates ordinance and is a rather common practice among water utilities.”

Customers will still be saving money…. If they compare their bills with fiscal year 2013-2014. What the average customer will actually see is approximately a $1.80 increase per month beginning in 2016. The LADWP’s actions aren’t unprecedented or unheard of, but they do come as a shock to customers who have done nothing but comply with the company’s request to lower their water consumption.

Many enraged ratepayers have taken to the Internet to express their frustrations. On an article on the L.A. Times’s website titled ‘Water bills will creep up next year in L.A. because we’ve conserved so much’, users wrote hostile comments like “This is the same M.O., whether it's water or electric costs. The plea goes out to conserve, people comply and then comes the "Thank You," in the form of higher rates, which after the ‘crisis’ is over, the same high rates remain in force” and “Poor DWP. With their bloated salaries ("fixed costs"), why don't they try across-the-board pay cuts as a means to offset lower demand for water?”

In Los Angeles’s time of severe drought, with no clear end in sight, the only way for water rates to go is up, despite conservation efforts on the part of ratepayers. Thanks to statewide mandates and monetary necessities, Angelenos may be feeling this drought for a while both in the air and in their pockets.

Over the summer, Los Angeles dumped 96 million plastic balls into the Los Angeles Reservoir to slow the rate of evaporation. Many Los Angeles residents are taking advantage of a rebate program that allows them to replace their turf with drought-friendly landscapes that requires virtually no watering.