But Salzer doesn’t love just any coffee - he prefers micro-roasted coffee, ideally from one of his two vintage roasting machines, built in 1926 and 1963. Micro-roasting involves roasting coffee beans in extremely small batches.

“Micro-roasting is doing everything by hand. We do everything by hand to order, so coffee is delivered within 48 hours of when it was roasted. We meld technology and science with craft and art to roast coffee the best way we know how,” Salzer said.

Salzer is the founder and president of City Bean, a local micro-roaster tucked into a small industrial space on Jefferson Boulevard. The storefront was previously home to a cabinet-maker, and is surrounded by seemingly unoccupied units on either side. City Bean moved to the Crenshaw neighborhood from Westwood in 2010, after first opening in 1992. 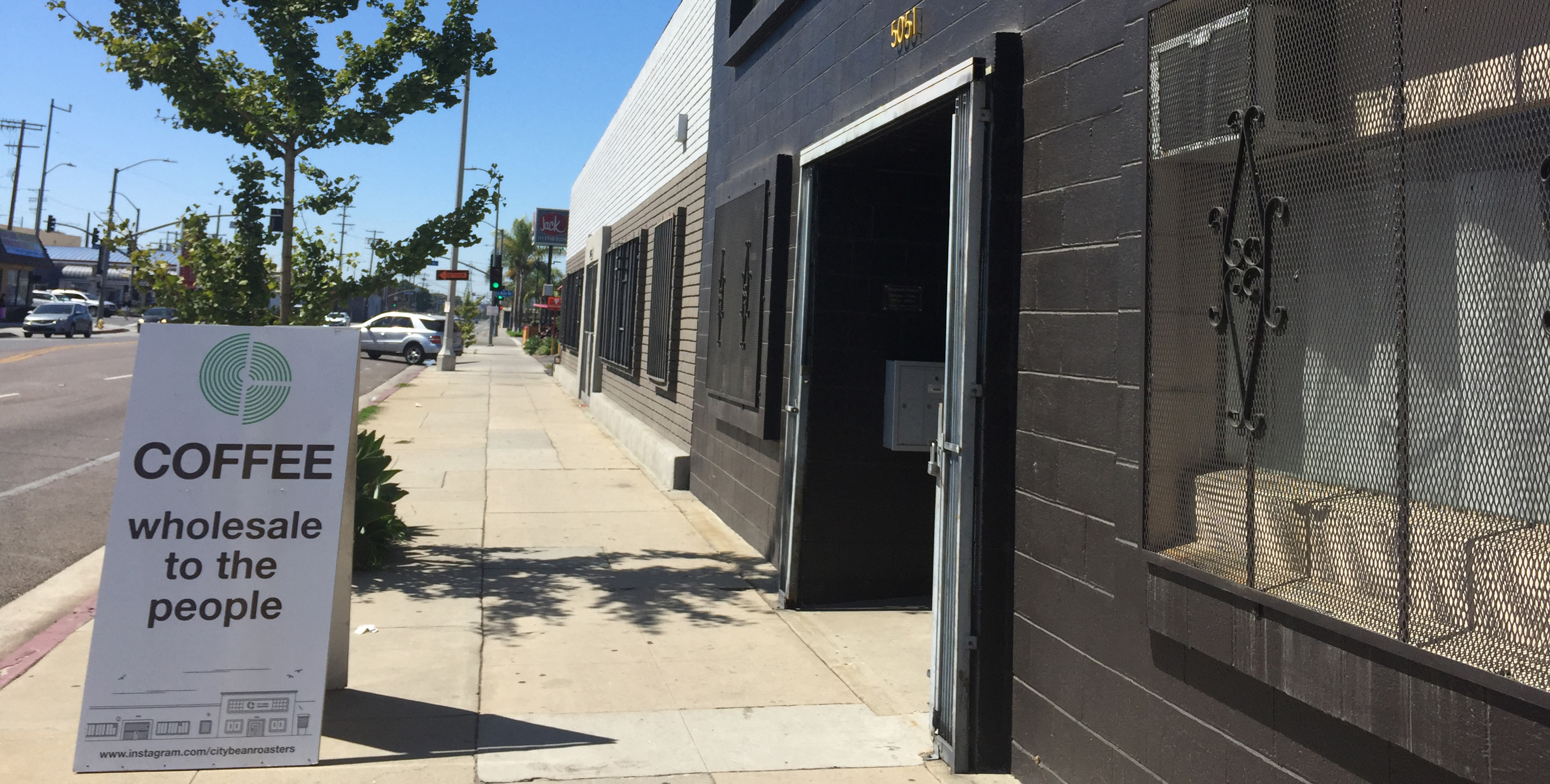 The exterior of City Bean Roasters on Jefferson Boulevard in Los Angeles.

Salzer hasn’t always been a boutique coffee expert. Before opening City Bean, he traveled around the country as a member of the advance team for Circus Vargas. According to Salzer, he developed a love for coffee while on the road, and decided to bring that passion back to Los Angeles.

“I was on the road full-time and came into contact with coffee while I was out there, and there was nothing happening [with micro-roasting] in Los Angeles at the time. . . I can safely say that we were the first true micro-roaster of coffee that was featuring single-origin coffees in Los Angeles,” said Salzer, who also noted that in the past 25 years the Los Angeles coffee scene has “proliferated with people who care.”

For Salzer, caring about coffee includes gathering information about each blend and posting fact sheets about growing conditions and sustainability on City Bean’s website.

This trend of “caring” about coffee has extended throughout the industry as a whole, which recently has placed an increased focus on sustainability. Climate change is threatening the industry, and is expected to halve the total area suitable for coffee production. A combination of climate change-induced factors such as high temperatures, long droughts, and plant diseases have contributed to a reduction in coffee supplies over recent years.

The coffee industry is responding by focusing on lowering its own carbon footprint, with some saying the primary responsibility should come from retailers like City Bean.

According to Hanna Neuschwander, Communications Director at World Coffee Research, over 50 percent of the carbon footprint of coffee comes from retail operations.

“Cafes and consumers have work to do reduce their carbon footprints, which in the end are negatively affecting coffee farmers much more than coffee drinkers,” Neuschwander said. 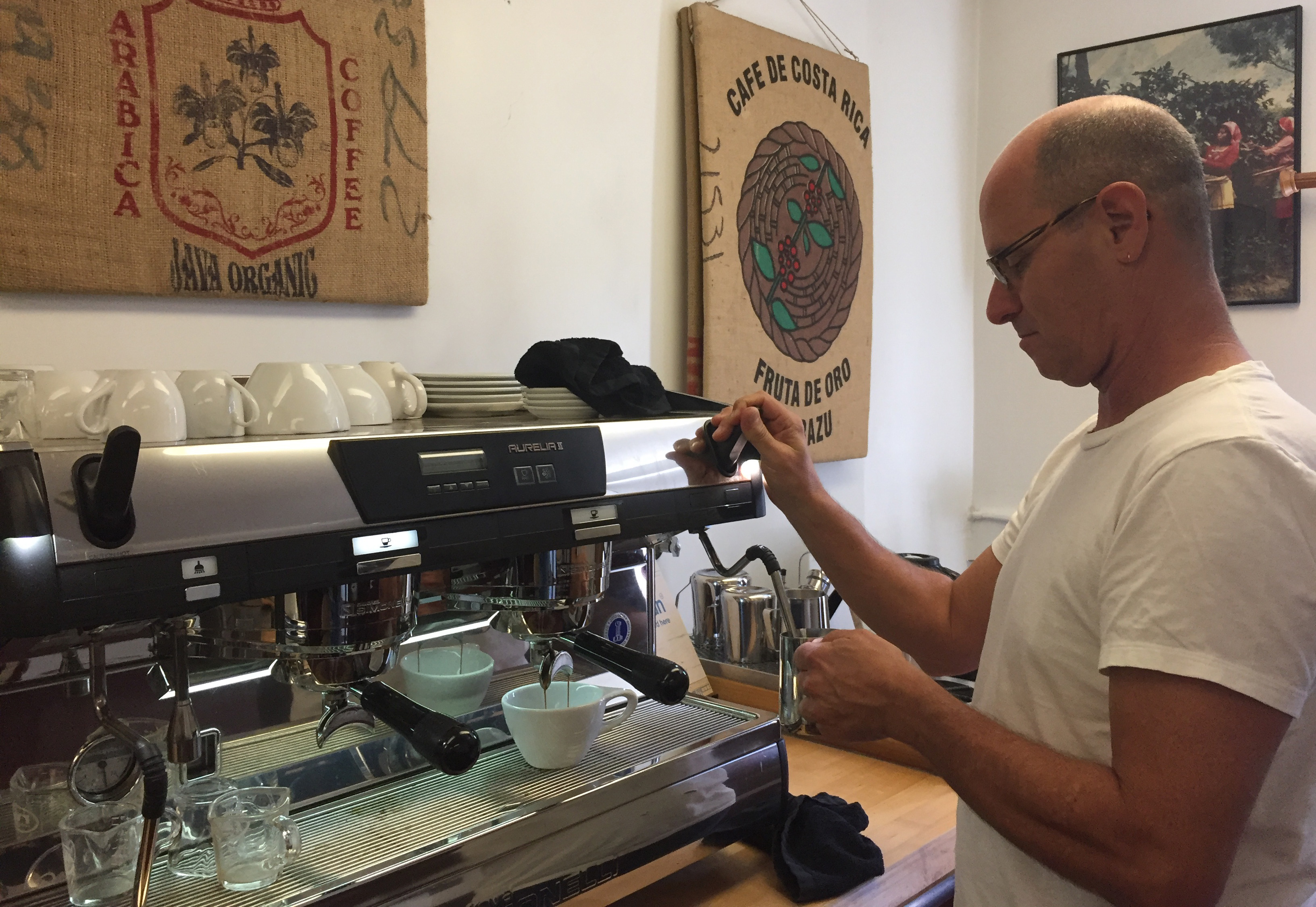 Originally from Santa Monica, Salzer says keeping City Bean connected to the Los Angeles area remains a major priority for him. While they only sell coffee in the Los Angeles area, City Bean sources beans from Indonesia, Africa and Central and South America, then roasts the beans in-house.

“We’ve always been Los Angeles based... We really don’t go outside the Los Angeles market as far as our distribution of wholesale coffee, because we want to work with people locally and want to build those relationships, and we can only do that within the confines of Southern California so that’s what we focus on,” Salzer said.

“City Bean is just a really good brand, it is local and we try to use local ingredients as much as possible. . . and of course I like the taste of it as well,” said Jeanine Ramirez, a manager at Magpies.

According to Salzer, this taste comes from a variety of components, but begins with the vintage micro-roasting machines.

“Vintage roasters have higher quality metals, they transfuse heat differently across the bean, and we think that’s an advantage to roasting,” he explained. “There’s so many components of taste with coffee, it starts with something that is grown from our beautiful earth and the quality of that growth and that care directly impacts the quality of the coffee, assuming we select high-quality coffee, and then our skills in roasting that coffee all factor into the end-product.”

Good for the farmer and good for the planet. We are proud to incorporate earth-friendly environmental practices as a purchasing criteria. You can read more about what we do on our website. Enjoy and feel good about your coffee!

Salzer notes that City Bean’s current goals include improving the transparency of this process, by investing more time and resources in learning about where their coffee beans come from.

Ultimately, he hopes that this extra time and care differentiates City Bean from other local roasters.