Part 1: How An AmeriCorps Program is Targeting LA’s Most Underserved Schools

The setup at Clinton Middle School is like any other, with a teacher going through a slideshow projected on the screen as he talks to students spread out in groups. But a bright yellow jackets stand out in classrooms and hallways, mixed in among the crowd of students rushing out of the building at the sound of the bell.

Samee Muhammad returned to Clinton for the second time to work with eighth-graders, having worked with seventh-graders the year before. Originally from Atlanta, Muhammad’s time spent living down the street from campus has allowed him a better understanding of his students’ challenges.

“You see drug addicts, people smoking stuff and snorting and stuff like that. You see a really large homeless population as well,” he said. “Not that many libraries. Not that many grocery stores in the area. They’re more liquor stores, convenience stores, not really anything of healthy substance.”

Starting this year, he is a team leader with Arantzxa Barrios, who served in UCLA Community School in Koreatown last term. In addition to working with their own group of eleven students, they act as the liaison between the 15 other AmeriCorps members and the school administration.

Most importantly, however, AmeriCorps members have to build a relationship with these at-risk students, who don’t receive enough attention because their parents work long hours, and they often have no means of transportation to school.

“If they don’t trust you, if they don’t respect you, then nothing is gonna come from there,” Barrios said.

The systematic factors of living in this South L.A. community, such as poverty and lack of community resources, put these students at a disadvantage, according to Barrios. Almost 95 percent of the students qualify for free or reduced cost lunch, compared to the 51 percent national average.

“They don’t have the desire or the want [to attend school] because they probably didn’t eat dinner last night, or probably didn’t have somewhere to sleep,” Muhammad said. “Some students here are actually homeless.”

Middle School is a critical time for determining high school graduation rate. A sixth-grade student who is failing math and English, and is showing up to school less than 90 percent of the time has an 80 percent chance of not graduating on time or dropping out of school, according to Andrew Glazier, managing director of impact and strategy and one of the 60 staff members at their downtown office.

The partnership between City Year and Clinton is designed to improve students’ academic performance in math and English among its almost 900 students, of which a third tested proficient in math and a quarter in reading. City Year looks at the ABCs, which stands for attendance, behavior and course performance.

In their first year as partners in 2011, Clinton replaced its principal and 70 percent of its staff after it was determined that the school was failing.

“When I walked in over the summer, there were papers everywhere. There were pencils stuck in the ceiling. The physical plant was a mess,” Glazier said.

The school campus, located on South Hill Street in Historic South-Central, is surrounded by buildings covered with graffiti and sidewalks with abandoned furniture. The neighborhood is ranked 21st for the most violent crimes out of 200 neighborhoods in Los Angeles analyzed.

The silver lining of the harsh living conditions is the maturity level that comes with access to fewer resources and more negative influences, according to Barrios.

“They understand a lot of things that I didn’t understand as a child. I’d had no idea what kind of substance abuse there was. I had never felt a student in my class die,” she explained. “I didn’t know those things, but students here do because they’ve been exposed to a lot of things, but I think that also makes them very resilient.”

For Barrios and Muhammad, it’s not about the academic content that students leave the school with, but the ability to make their own decisions. Especially in an area with rooted violence and abuse problems, this skill will help them become the catalyst for change. 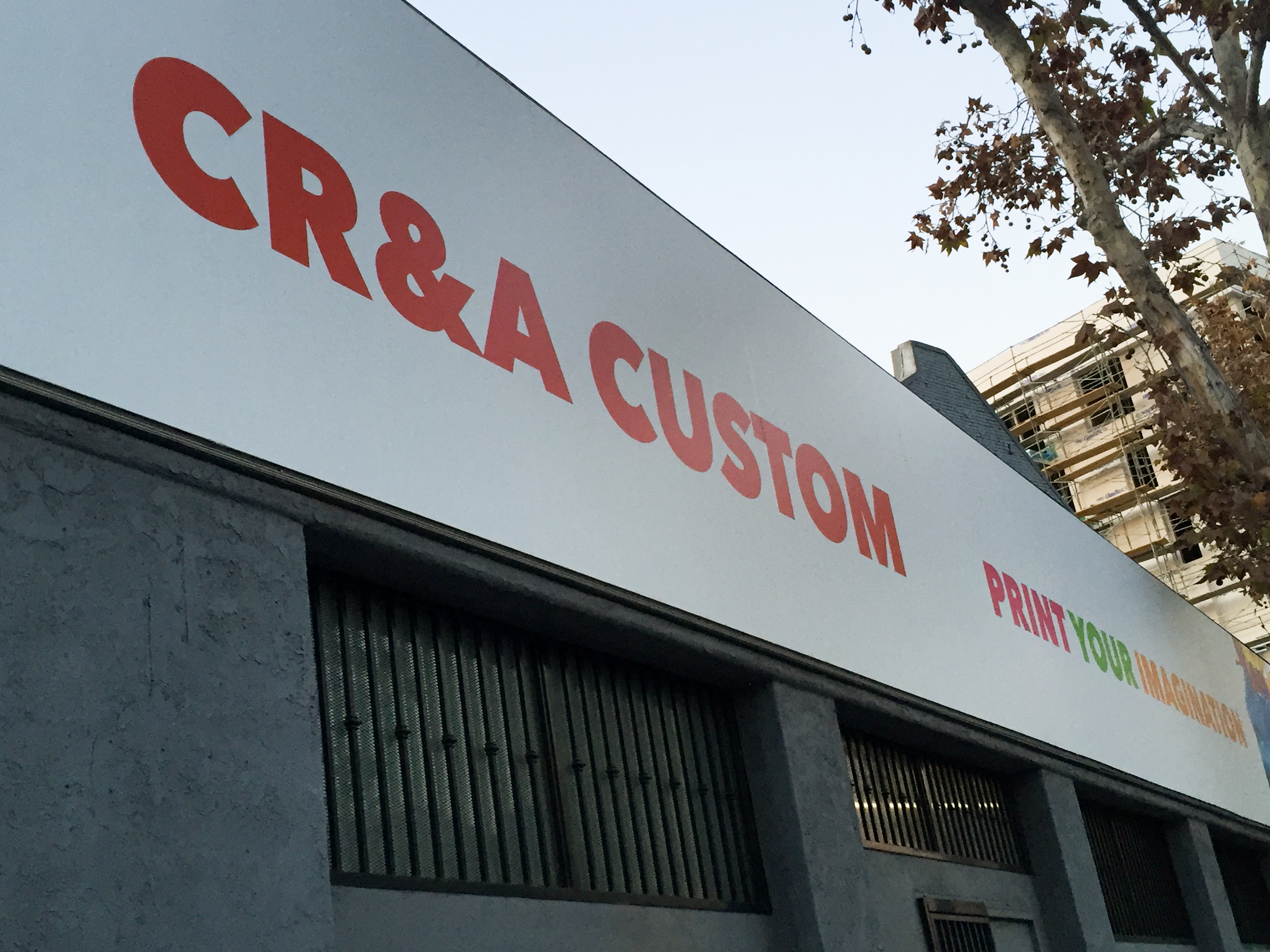 Nikisha Franco-Smith is settling into her new job at CR&A Custom Ink, a digital printing company located in downtown Los Angeles. Just nine months ago, she had a completely different job in a different industry, working as a freelancer in film and television production. Her old job entailed designing filming sets; as a designer at CR&A, she designs billboards and banners.

“While I really enjoy working in the field I was working in before, it’s a constant hustle to find a next job,” Franco-Smith explained.

The 38-year-old Los Angeles resident was looking for a career change after discussing a future plan for her and her husband. While shuffling through the weekly announcements at her church, she came across the opportunity to enroll in a digital arts program.

The Digital Learning Academy, started by the women’s organization YWCA, provides digital printing equipment, including 3-D printers, and classes on graphic design at the Hollywood Studio Club. Like other YWCA programs, the academy caters to both men and women, and this initiative in particular targets low-income 18- to 30-year-olds, making Franco-Smith an exception among the first class of graduates.

For Franco-Smith, who took time off from work to become an enrolled student, the fact that the program was free of charge appealed to her.

“I was not in a place where I could spend thousands of dollars,” she said.

The admissions team at the academy looks for those who have no other means to pay for the same level of education, said program director Tasha Carter. Such individuals include former foster children who are no longer eligible to receive care or those whose parents receive financial assistance from the government.

“We want to grab them right when they’re coming out of high school and then looking for an opportunity to do something,” Carter said. “Training like this in the regular world could cost upwards of $70,000. You’re talking four-year college, or even just a trade school.” 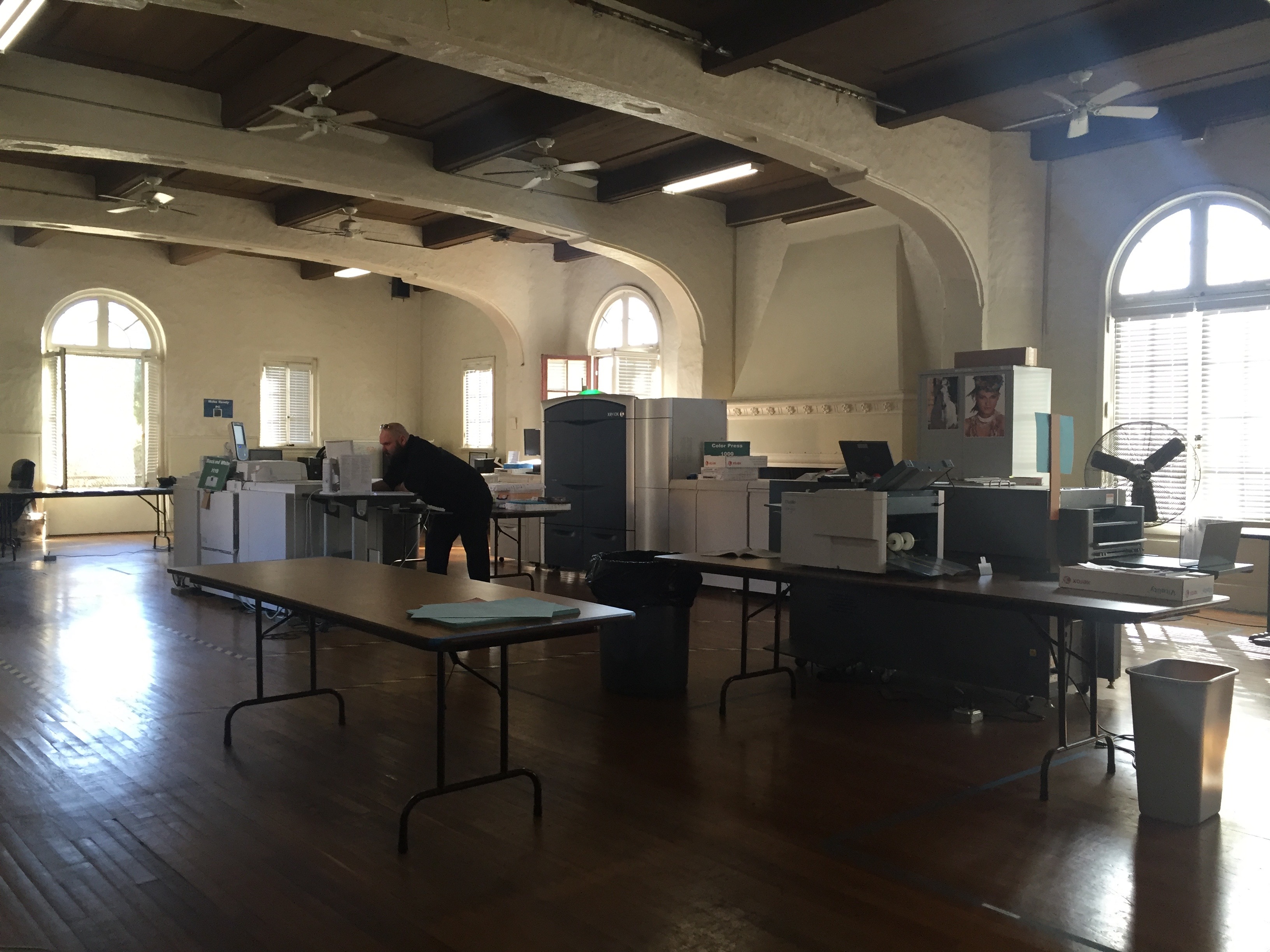 The 13 students in the session spanning March through November had a class schedule resembling that of a full-time job. From 9 a.m. to 4 p.m., Monday through Friday, students learned how to use Adobe Illustrator, Photoshop and InDesign, along with coding and 3-D printing. Meanwhile, a job placement coordinator works with each student to find a position within the partnering companies.

Carter is hoping that the program will encourage youth to break away from minimum wage jobs to pursue higher opportunities.

“We want them to be in entry-leveled [sic] careers, so they can work towards that $70,000 job and that management position, and running a project,” Carter explained.

As one of the first nine graduates, Franco-Smith wants to serve as an example for others looking to take the career risk, and encourage more companies to partner with the program.