A nation historically built on immigration; nearly 40 million people in America in 2013 were born in another country and came to this country for a better life.

Immigration has a great impact on the United States, from the workforce, to the classroom, to communities and beyond.

In light of the recent terrorist attacks on Paris and the San Bernardino shootings, there seems to be a growing climate of mistrust of immigrants and refugees across the United States. Immigration issues have been at the forefront of debate in the media and between the 2016 presidential candidates.

Naturally, citizens are curious about how those who were born elsewhere abroad make their lives in the states, whether it’s as naturalized citizens, legal permanent residents, refugees, international students or unauthorized immigrants.

But there are individuals behind the labels, with their own unique stories and backgrounds not defined by a term.

Leeroy Arroyo, who goes by nickname “Arroyo,” is from the Dominican Republic and moved to downtown Los Angeles two years ago. .

He works several jobs including one as a dishwasher in Little Tokyo’s Urban Seoul restaurant after viewing a help wanted posting on Craigslist.

Arroyo said that he feels a constant pressure to earn money and works more than one job in order to support his wife and two kids back home in the Dominican Republic.

One day, though, Arroyo hopes to open up a restaurant of his very own.

Like many immigrants, Arroyo left his small town of Constanza and boarded a plane looking for a " Visa for a Dream", he said quoting a song by Dominican singer Juan Luis Guerra.

Immigrants in Little Tokyo got their start in the area in the 1880s. They established businesses, eateries, groceries stores and churches that welcomed those who spoke Japanese.

Once the Japanese attack on Pearl Harbor hit and the U.S. declared war on Japan, President Roosevelt permitted the forced relocation for anyone of Japanese ancestry on the West Coast to internment camps.

By the start of World War II, there were about 30,000 Japanese immigrants and Japanese Americans living in the Little Tokyo area of three square miles.

When the war ended, some of the Japanese Americans returned but then spread out to more suburban areas.

For the last few years, Little Tokyo had been home to mostly Japanese American senior citizens. But with demographics changing and the gentrification of Downtown Los Angeles as a whole, brand new condos lure whites, Koreans and Latinos to the buildings.

Immigrants’ stories are the story of Little Tokyo, and our nation. Their quest has made our country richer. 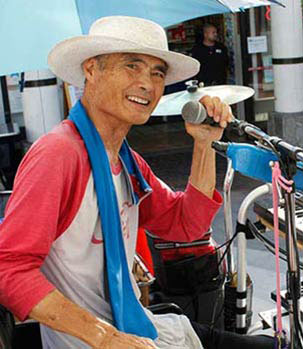 Little Tokyo's very own one-man band reflects on his American journey as a musician. 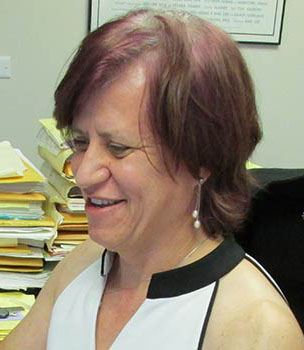 Keira Ferrari has dual citizenship in Mexico and the U.S. She tells her story as a Little Tokyo resident and immigration attorney. 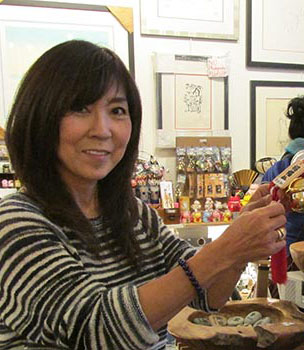 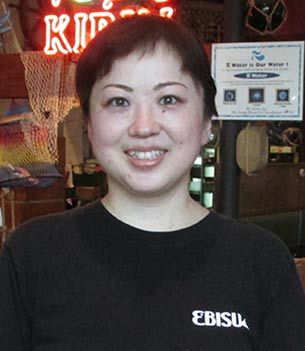 Michoko Oka is finding her way and embracing different cultures as a working class immigrant in Little Tokyo. 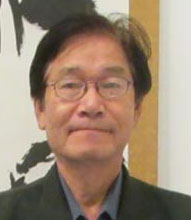 The Master of Arts in Residence at the Japanese American Cultural & Community Center has an extensive history working in the arts across the United States. 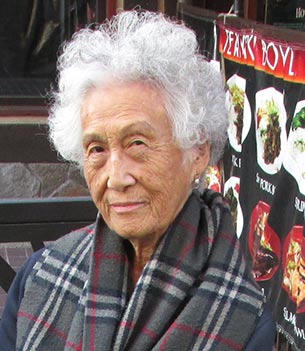 Cecily Umezuka was born to immigrant parents but frequently visits the Japanese Village Plaza to connect with culture.