Conceptualize the data that puts Jefferson Park behind other communities educationally. Watch in a new window here.

The first student Dynasty Taylor tutored invited her to his prom.

“His name was Courtney. When his mom first brought him to me he was failing all of his classes. Now he goes to Santa Monica College, and he wants to go into sports medicine. He invited me to prom and graduation, but I couldn’t make it.” Taylor said as she laughed a bit. “It was really sad!”

The organization that helped Courtney graduate, Dynasty’s United Youth Association, is a non-profit that tutors underprivileged kids between the ages of 5 and 18. It operates out of four libraries including the Vassie D. Wright Memorial Branch Library in Jefferson Park. It’s founder, Dynasty Taylor, is working to bridge an empowerment gap she noticed growing up in south central L.A.

“Growing up, the only opportunities I could see were in my own neighborhood,” Taylor said. “I didn’t have any role models except for people in the neighborhood I grew up in. Those were gang members, pimps, hustlers. I thought that’s what my life was going to be.”

Taylor was raised by a single mother. Her father received a life sentence for murder two months after she was born. Taylor says her difficult upbringing is not unlike those of her students. She says one of her 13-year-old students said he was not sure if he would make it to age 25.

“These kids are already seeing doors slammed in their face,” Taylor said. “They are seeing their people being killed on the streets on TV. We have a lot of students with voices — we need to have more investment in what they want to do.”

So when she graduated from the University of Southern California with a degree in social work, she knew she wanted to create a source of empowerment for kids who are lost in an education system that she says doesn’t teach students the right lessons.

Dynasty Taylor shares what D.U.Y.A. means to her. Watch in a new window here.

To Taylor, D.U.Y.A is both an academic support system, and a source of guidance. D.U.Y.A. provides free homework tutoring, college advisement sessions, and parent workshops, but it also provides a place for students to express themselves -- draw vision boards, write poetry, and share opinions.

“I’m trying to create an intervention on how to educate this population,” Taylor said. “I know it better than anyone else. Most institutions are academic based. It’s all about numbers. It’s not about how we can help kids get to where they want to be.”

Taylor says she couldn't fathom leaving her community without attempting to make a difference.

"The community itself is a huge part of a person’s humanistic development," Taylor said. "It’s mind boggling to me how people reach success and then don’t try to help their community. This is where I come from. This is where I can make change."

Today, St. Agnes School Principal Kevin Demspey shares an office with a few other administrators, but he did not always. Dempsey was a marriage and family therapist before he dropped everything to become a south L.A. educator.

"When I got my first teaching job, I didn't have any kind of training or degree," Dempsey said. "I had no teaching background. But I was tired of the business and legal aspects of family therapy."

Born and raised in L.A., Dempsey was inspired to teach where he could make a difference.

“In my younger years I had always thought of myself as someone who enjoyed working with underserved people,” Dempsey said. “One of the formative things in my life was working in Mexico for three years as a missionary. I’ve been offered jobs on the west side, in Malibu and places like that, but that’s not where I belong.”

Dempsey is the principal of St. Agnes School, a private Catholic school located on the southwest corner of Vermont Ave. and Adams Blvd. The school is small; it features one semi-circle of adobe red classrooms opening onto an old pavement playground with faded white paint outline basketball courts. There are less than 300 students from kindergarten to eighth grade. 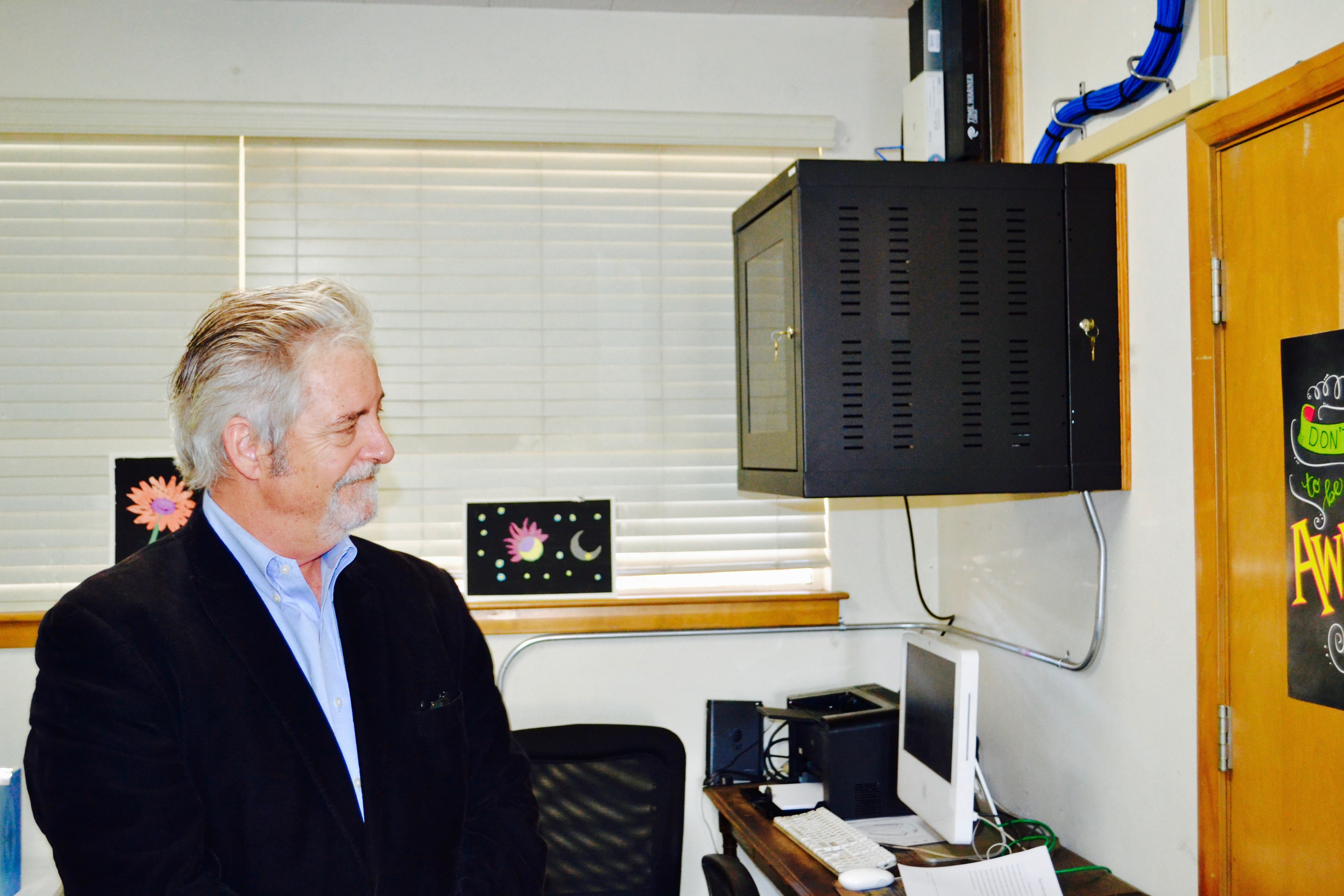 Dempsey says the size of St. Agnes contributes to building a close-knit community of educators, students and parents.

“The small school environment makes it a family-like atmosphere,” Dempsey said. “Just like any family, there are issues that pop up but there’s also the wonderful things that take place in families too.”

Those wonderful things include some level of involvement and additional success, according to Dempsey. St. Agnes tests above average in the community, especially in mathematics. Students have graduated St. Agnes and returned to serve the parish and the school in different capacities. A group of graduates run the performing arts program.

“You watch kids grow up and you watch kids develop into young men and women that, without the help of a healthy Catholic education, would not be where they are today,” Dempsey said.

Dempsey feels that emphasis on religion and faith brings an intangible level of community and tradition to St. Agnes School—a 102-year-old institution. He feels investment in a Catholic education not only reaps academic success, but also moral fulfillment.

“Our job is not only to get the kids into high school and college but also into heaven,” Dempsey said. “That’s a big job.” 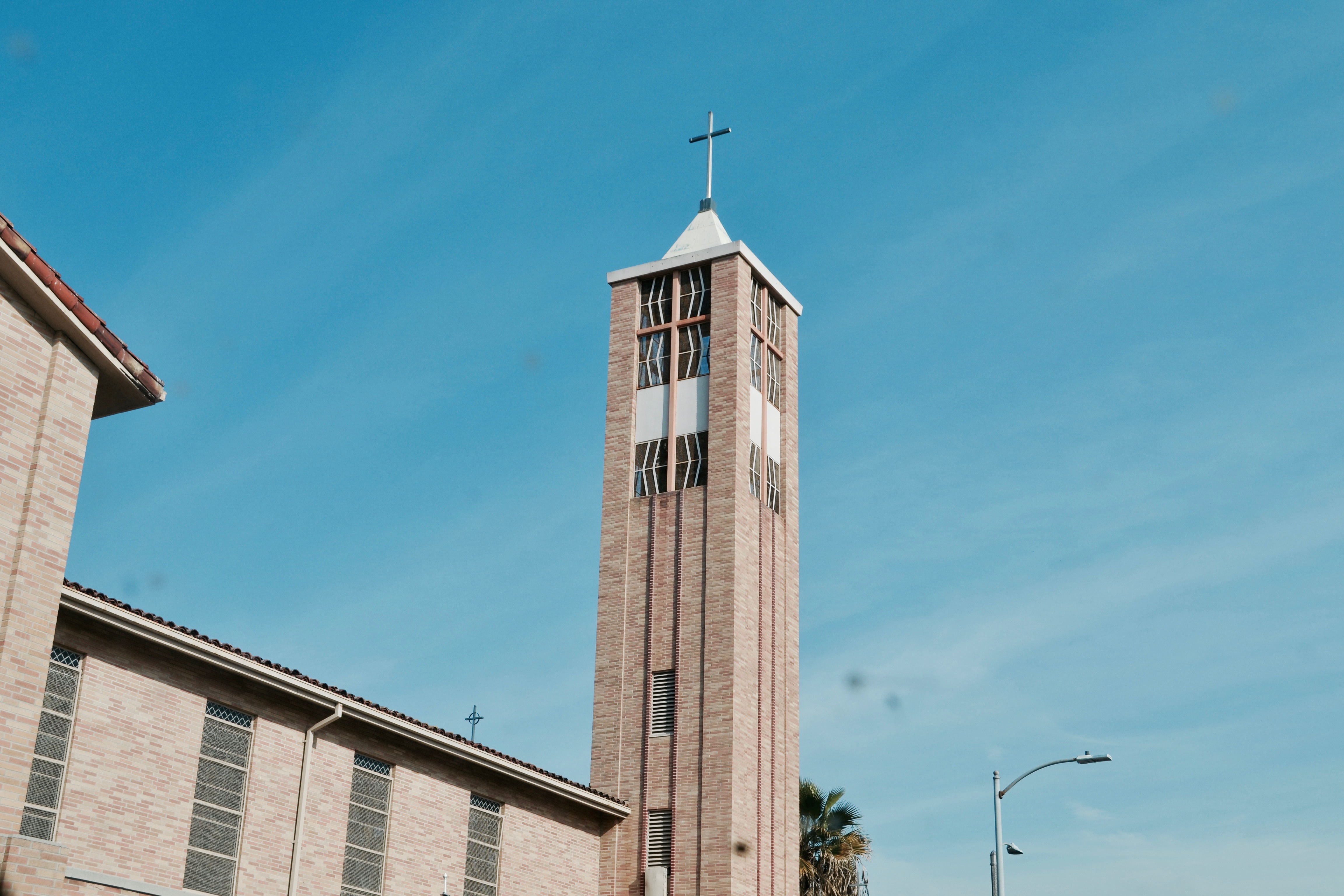 When Diana Albanez graduated with a degree from the UCLA Teacher Education Program just four years ago, she jumped head-first into a fourth grade teaching job at Jefferson Park's 24th Street Elementary School.

“When I came to 24th Street, the school was under special circumstances,” Albanez said. “It was one of the lowest performing schools in the district. I just wanted to work somewhere where I could make a difference. I grew up in a low-income community and wanted to give back to a similar community in any way that I could.”

At the time, 24th Street was undergoing a transition. The underperforming school was shut down and then reopened on the same campus as a charter school called Crown Preparatory Academy. Crown Prep, a STEM school, educates fifth through eighth grades, and 24th Street, a public school, edcuates kindergarten through fourth grades. 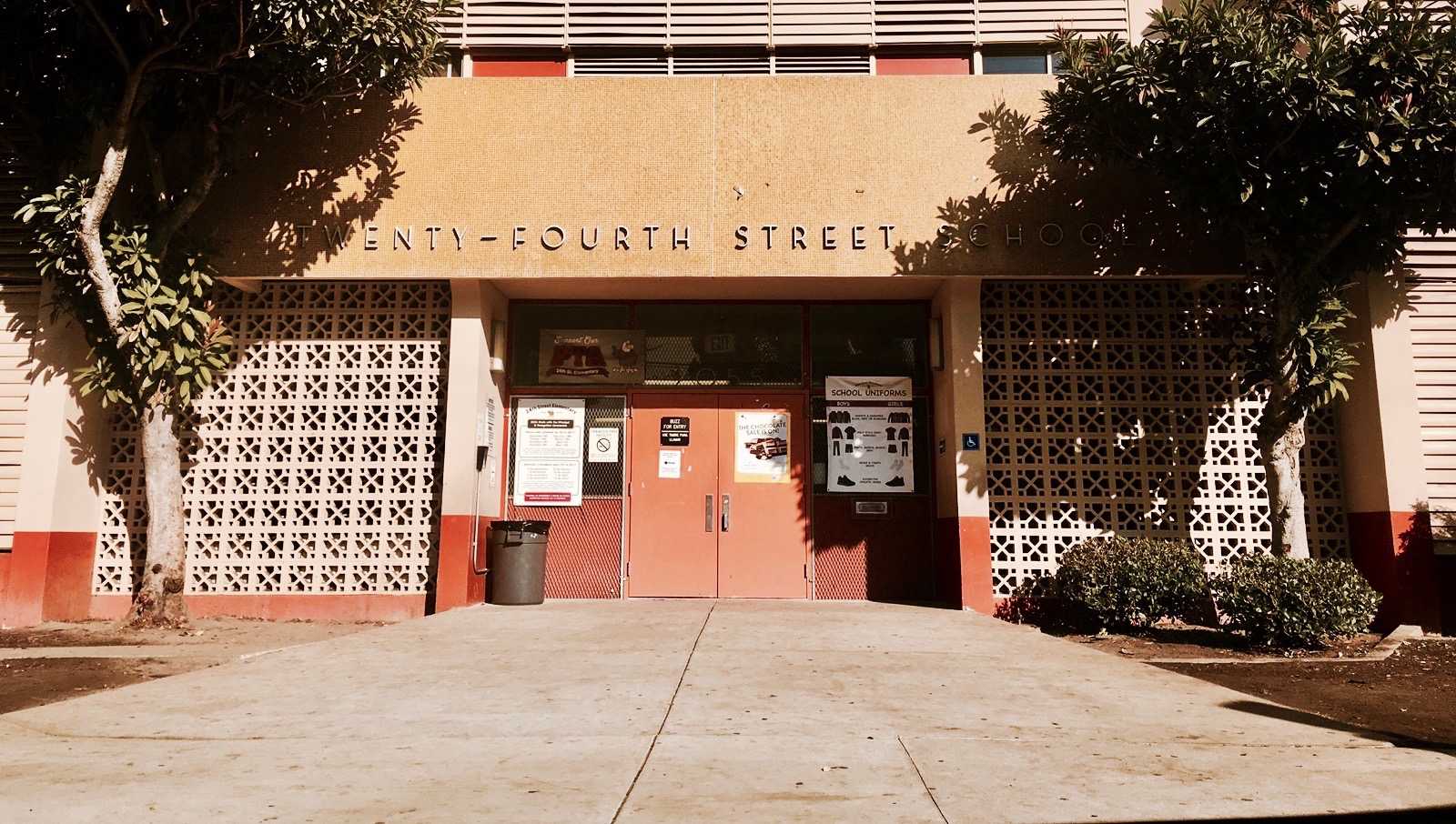 Albanez says the transition from graduate school was not easy.

“In school you get the basics, but you don’t learn how to deal with parents, and manage unexpected situations,” Albanez said.

But Albanez was determined to make an impact on her new students. Every single white space on her classroom's walls is filled with inspirational messages and educational materials--not one color is left unrepresented. She activiely uses Google Apps and iPads in her classroom, and encourages students to learn code and computer skills.

She said her goal was, and still is, to help as many at-risk students as possible graduate and move onto college. Albanez's upbringing in the Inland Empire inspired her.

“I feel like educating students, especially in low income areas, is a way to help them be successful," Albanez said. "It’s really hard for kids from this area, from this background, to really graduate and attend college. If I can somehow help increase the number of students that graduate – that would be my goal.”

The biggest barrier to that success? Sometimes, it's circumstances at home. Albanez says she has students in her class who are homeless, struggling with issues at home, and seeing things that, at the age of nine, kids should not be seeing.

Albanez says she also fills a gap for parents who are incapable of helping their children keep up. Quite a lot of pressure, she says, comes from parents who want their kids to succeed, and see their teachers as the key.

“As a teacher, parents rely on you," Albanez said. "They see you as the person who can help their children be successful. Lots of my students’ parents haven’t graduated high school or gone to college, some of them don’t even know how to read or write.”

So far, her work building relationships with students and parents at 24th Street has paid off. But not without help.

Albanez says she and the faculty have been working overtime to bridge the gap in performance and help students succeed.

"We have been meeting a lot as a faculty and doing trainings on how to teach writing and reading and more," Albanez said. "We have grade-level meetings where we, as a grade-level, talk about what we need to work on. We discuss how to adapt and change. We are always learning."