A jumble of murmuring in Spanish and English. A couple of kids chase each other around in the back of the room, sneakers smacking against the linoleum floor. Up at the front, Sergeant Juan Franco of LAPD’s Rampart division leads a discussion on the changes taking place in Los Angeles as a result of recent elections.

The mainly Hispanic audience huddled in one of two buildings that remain open during renovations at The Salvation Army’s LA Red Shield Youth and Community Center. The center has long been a safe space for the many diverse pockets of the Pico-Union community--youth seeking refuge from the gang territory immediately surrounding the center, seniors looking to stay active through sports programs, students in need of resources, and so forth.

Tonight, a community with a less-than-friendly history with law enforcement sat listening, learning. The community forum was one of four events hosted by the LAPD in partnership with local communities. The department’s goal was to bridge the gap between law enforcement and cultures that traditionally saw the police as corrupt, untrustworthy officials as opposed to officers who were sworn to protect and serve. It was firmly established to attendees that police officers were unrelated to immigration and deportation and that immigrants who have been victims of major crimes are actually assisted by law enforcement in obtaining a special visa called a U Visa.

Senior Lead Officer Patty Braendle has worked with the Pico-Union community for 12 years and within Rampart for 15 years. Just the other night, a shooting around the corner put the LA Red Shield under lockdown yet again, something they’ve unfortunately become used to.

Click on a colored block to learn more about the gangs that inhibit the area.

Pico-Union is home to 18th Street, the largest transnational criminal gang in Los Angeles. According to Ofc. Braendle, the impact that the LA Red Shield has on the community has been huge.

“I can’t tell you how many gang members--or, used to be gang members--came here, or kids that came here because they were scared. They thought that they were going to get jumped into a gang and basically this was their outlet,” she says.

The LA Red Shield provides quality, affordable programming designed to successfully keep kids out of gangs and instead getting them involved in Arts, Sports, and Educational Programs. Such programs include, but are not limited to, aerobics/Zumba classes, karate classes, ballet/yoga, and cooking classes.

Not all heroes wear capes. 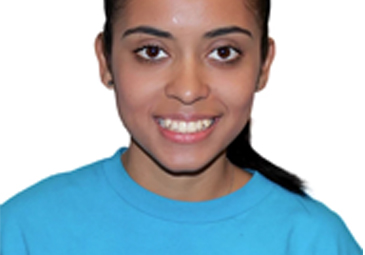 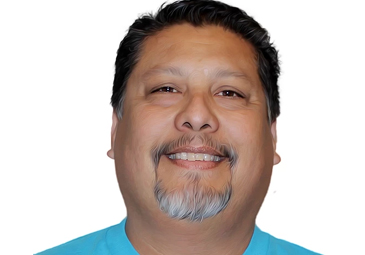 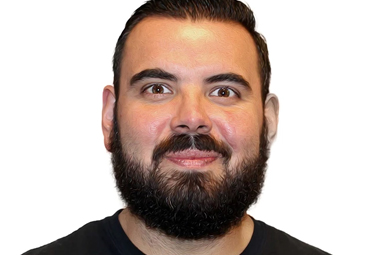 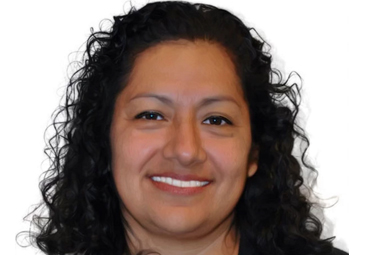 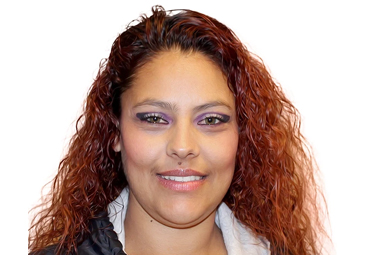 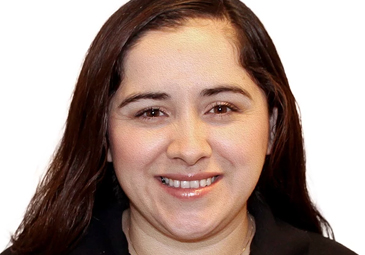 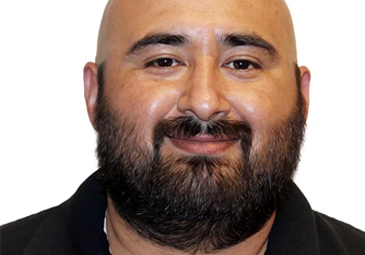 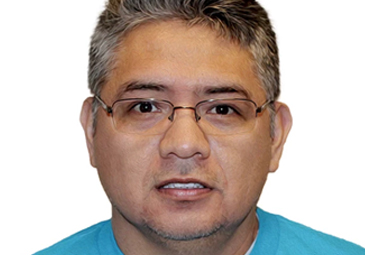 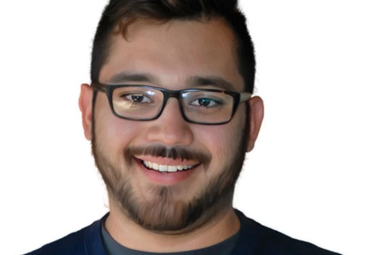 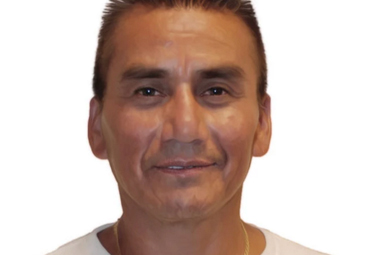 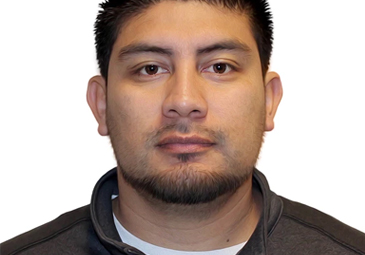 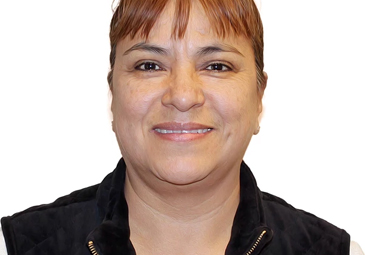 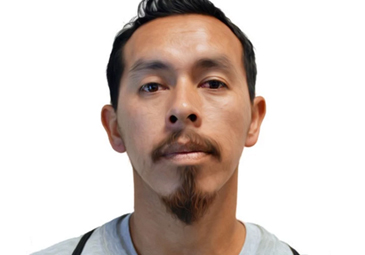 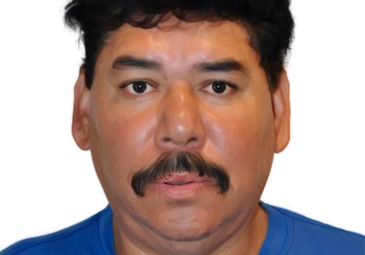 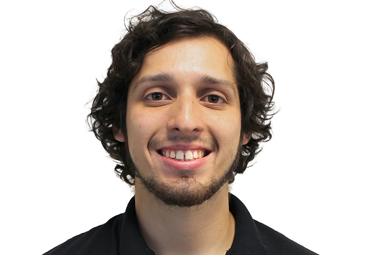 The LA Red Shield’s selfless contributions to the community have not gone unnoticed. In 2010, then-NBA Commissioner David Stern and representatives from the Los Angeles Lakers opened an NBA Cares Learn & Play Center at the Red Shield. The project, valued at $100,000, provided the center with new computers, furnitures, books, and a Lakers-themed paint job.

“I’ve been here long enough so I’ve seen the teens back then come back now as adults,” says Juan Suarez, Program Director for the LA Red Shield. “They bring their kids here and they always say that this place was a gift for them, it was a blessing. I think overall the community’s very aware of what we do here and they respect it. A lot of the crime activity that goes on, it usually not focused around this area, maybe a block or two down.”

Just down the street, the Los Angeles Lakers play at the Staples Center. When the arena was completed in 1999, it brought thousands of jobs to the struggling area. Now, the NBA and other sports are giving back. (Video: Beverly Pham/USC)

One of the most committed, hardworking individuals at the LA Red Shield is executive director Irene Lewis, whose dedication to the organization began 25 years prior. She recalls how different of an area Pico-Union was when she first began working at the Red Shield in 1991.

“You would hear gunfire every night, afternoon,” she says. “I witnessed a shooting of a drug deal gone bad and I ID’ed the shooter to LAPD. I was subpoenaed to be a witness against the shooter.”


The LA Red Shield Youth Center has worked closely in partnership with the LAPD for many years. The department’s Senior Lead Officers play a major role in community policing and help improve the quality of life in the Pico-Union neighborhood, according to Lewis.

What keeps her motivated, however, are the people. 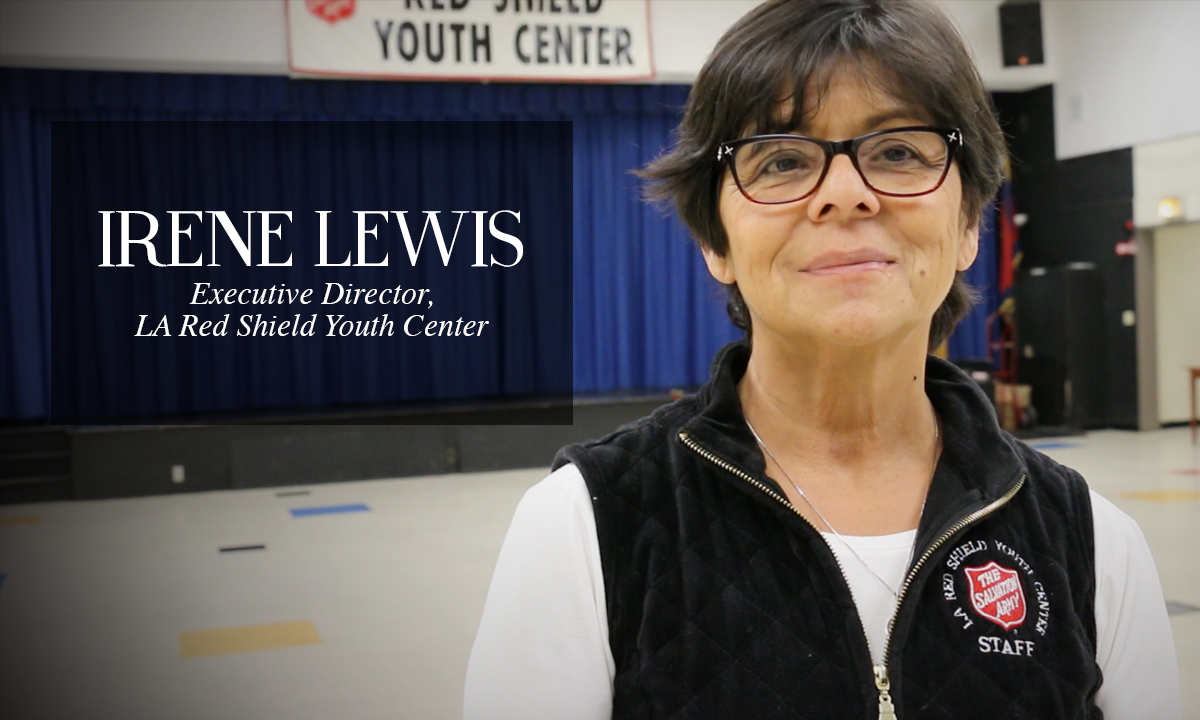 ►“Irene’s, I’m sure, has seen the good, the bad, and the ugly ‘cause she’s seen kids that she’s saved, she’s seen kids that...they’ve been coming here and then strayed off and became full-blown 18th streeters and may be locked up in jail...may be dead...you know, may have actually turned over a new leaf and somehow got out of it. And then on the flip side, she’s seen kids that have grown up in this area, came here as their, like, outlet, and have grown up to be police officers, firefighters, doctors, nurses, you know. Everything.” –- Ofc. Patty Braendle, LAPD Rampart Division Senior Lead Officer (Photo: Beverly Pham/USC)

Lewis recalls a time last year when she saw a gentleman standing outside the building during the morning hours before the center opened. When she opened the doors in the afternoon, he stood in their lobby, sunglasses on.

“I could see that he was almost...gasping for air and I said ‘Are you okay?’” she says.

“I just need to gather myself,” the man responds, tears in his eyes and his voice. “I came here as a young boy...and it was a place where I felt loved.”