Maria Montenegro considers herself a “legend” within the community. She moved from El Salvador in the 1970s and opened up her restaurant El Migueleño on Vermont Ave. on November 19, 1977. Except for a three-year remodel, the restaurant has been open every single day, and that’s an accomplishment she’s proud of. “Of the families that opened the first four restaurants, we’re the only ones remaining. We’re authentic. That’s why I’m a legend around here.”

Maria’s eating her meal – a pupusa with chicharron and curtido on top of it – in her tiny restaurant. There’s one man sitting three tables away, not paying attention to her. Still, she’s hesitant to rehash buried memories. “I don’t like to talk about my past. I worked at a drapery company, made curtains, and then I moved here and opened this restaurant. This is my life,” she says in her native language.

Her daughter Dayanara steps out of the kitchen beyond the counter. “It’s true, I was two years old when she started it. We’ve been here for 40 years,” she emphasizes. Dayanara is bilingual, half-Mexican, and a born-and-bred Angeleno. All these factors and personal connections to multiple cultures have taught her the importance of a united community.

“I would love it if the Salvadoran community were more integrated with other communities, but they don’t play nice. Nobody does.” Her mother seeks to object, but Dayanara continues. “There are people who talk nasty about the Salvadorans and the Mexicans and the Koreans in the community… There are people here who are a–holes and think they run the community. I tell my mom, yeah, this is [their] land, this sh–t is [theirs], but it doesn’t mean that [they] are better than anybody.”

Dayanara continues with ways she would help the community. Benches, plants, clean streets. But as impassioned as Dayanara is about helping her neighbors and fellow business owners, she does not want to get formally involved. “Most of the people here don’t like because, because I speak my mind, and I tell them not to be stupid, not to be ignorant,” she shrugs off. It’s a shame, because if her restaurant has been around for 40 years, it’s clear she knows how to run a profitable business.

Across the street from El Migueleño is a brand new clothing shop, Noemi Fashion. It’s a small and skinny space that opened in April of this year and the owner, Francisco, is hopeful for his business’s future. “Todo mundo esta bien” he beams. The whole world is great. “Here in this corridor, the community supports one another.”

Indeed, along Vermont Ave between 22nd and 24th streets are dozen of small shops. Besides his clothing store, there’s a furniture store, several restaurants, a convenience store, a gift shop, and an attorney. Everything is within walking distance of the many Salvadorans who live nearby. And many of the Salvadorans nearby know there’s a community to help them start their own businesses, just like it helped Francisco.

“There’s a motivation to own a business and fight for your family here. That’s the Salvadoran community.” When asked about his position on cross-cultural relations, he disagrees with Dyanara. “There are a lot of communities and cultures from Central America here, and so we all share this idea that we’re united. We don’t fight with each other. The main problems here are the homeless people who sleep on the streets and the men who rob businesses.” Francisco’s fresh view on the Corridor’s community sheds some light on the vast opinions Salvadorans have of their foreign neighbors.

On Wednesdays, Latina business owners meet at the Hollywood Gift Shop on Vermont Ave. to pay their loans. Wednesday November 30 was no different. Inside, 28 women, seven of them from El Salvador, were sitting inside, talking about their individual businesses while they waited to pay their loans to the Grameen America representative.

Grameen America is a nonprofit organization that supports female small business owners. Latina women in Jefferson Park have to come to the weekly meetings in order to receive a 20% increase on their next loan. For Maria Solis and Delmy Martinez, this additional increment would help them expand their businesses.

Solis sells clothes, bags, and lingerie at her store on Adams, near where she lives. Delmy Martinez, meanwhile, sells food from her home. “There are lots of Salvadoran businesses over here,” Solis proudly says. “Most Salvadorans have a business.”

Another Salvadoran lady has been selling gold jewelry for 15 years. The lady sitting next to her has been selling shoes. Clearly, Salvadorans are finding holes in the community where they can create their own business, while supporting each other.

“We depend on ourselves,” Martinez adds. “[Grameen American] is the only organization that takes care of us.” Solis interrupts and adds that there are a few Salvadoran organizations, but no one in the room was a member of any other. “When there’s an event, we’ll go out and assist and support each other. If it’s a fundraiser, we’ll make food to sell to raise money,” Martinez says. These women, though older, never forgo an opportunity to work or help.

Many of the women, like Dayanara Montenegro, would prefer to see Salvadorans interact more with other groups. All the women in the room said they get along with other people, but Maria joked that she prefers working with Mexicans. “They’re so nice to me, they don’t rush me. I only sell to Mexicans because they’re the ones that spend money,” she jokes to a chuckling audience. “I get along with Salvadorans in the home, but Mexicans in my business.”

The Salvadoran community in Jefferson Park is strong, but there are split opinions over where to direct its future. While many residents would like to see a united Latina community, some are hoping the Salvadoran community can stand strong on its own. Regardless, these small business owners know the future of America rests in diversity of voices and tolerance of cultures. At a time when racism and xenophobia are rampant, there’s a glimmer of hope in this corridor where Salvadorans still believe in a mixed America. 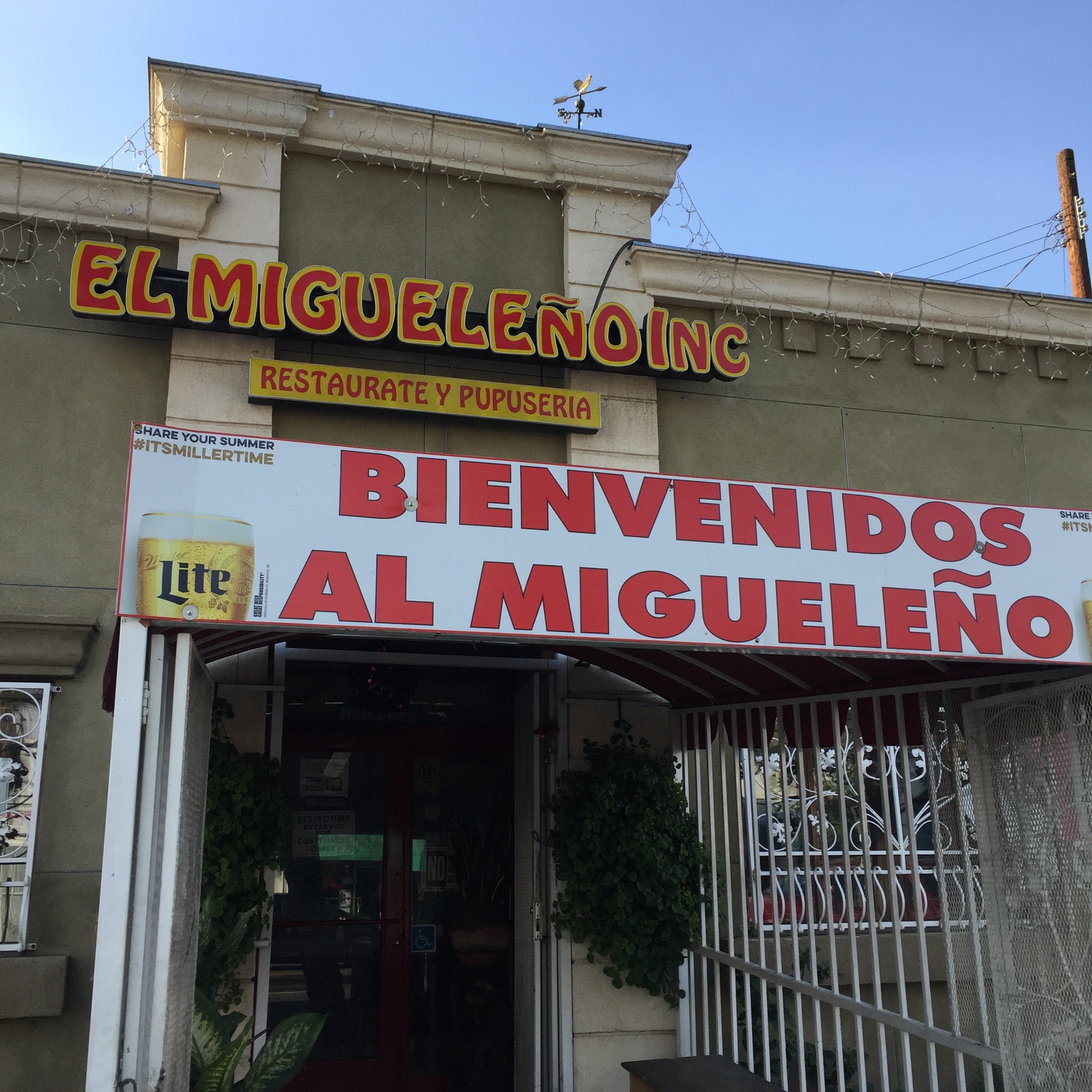